Homescapes from Playrix has joined its predecessor Gardenscapes in crossing $1 billion in lifetime gross revenue, according to Sensor Tower Store Intelligence estimates.

To date, the narrative-driven match-three game has been downloaded more than 223 million times.

Gardenscapes, which launched a year earlier in August 2016, has grossed $1.4 billion in lifetime revenue to date from approximately 198 million downloads. From February 2019 onwards, Homescapes has outperformed its predecessor in terms of player spending each month. 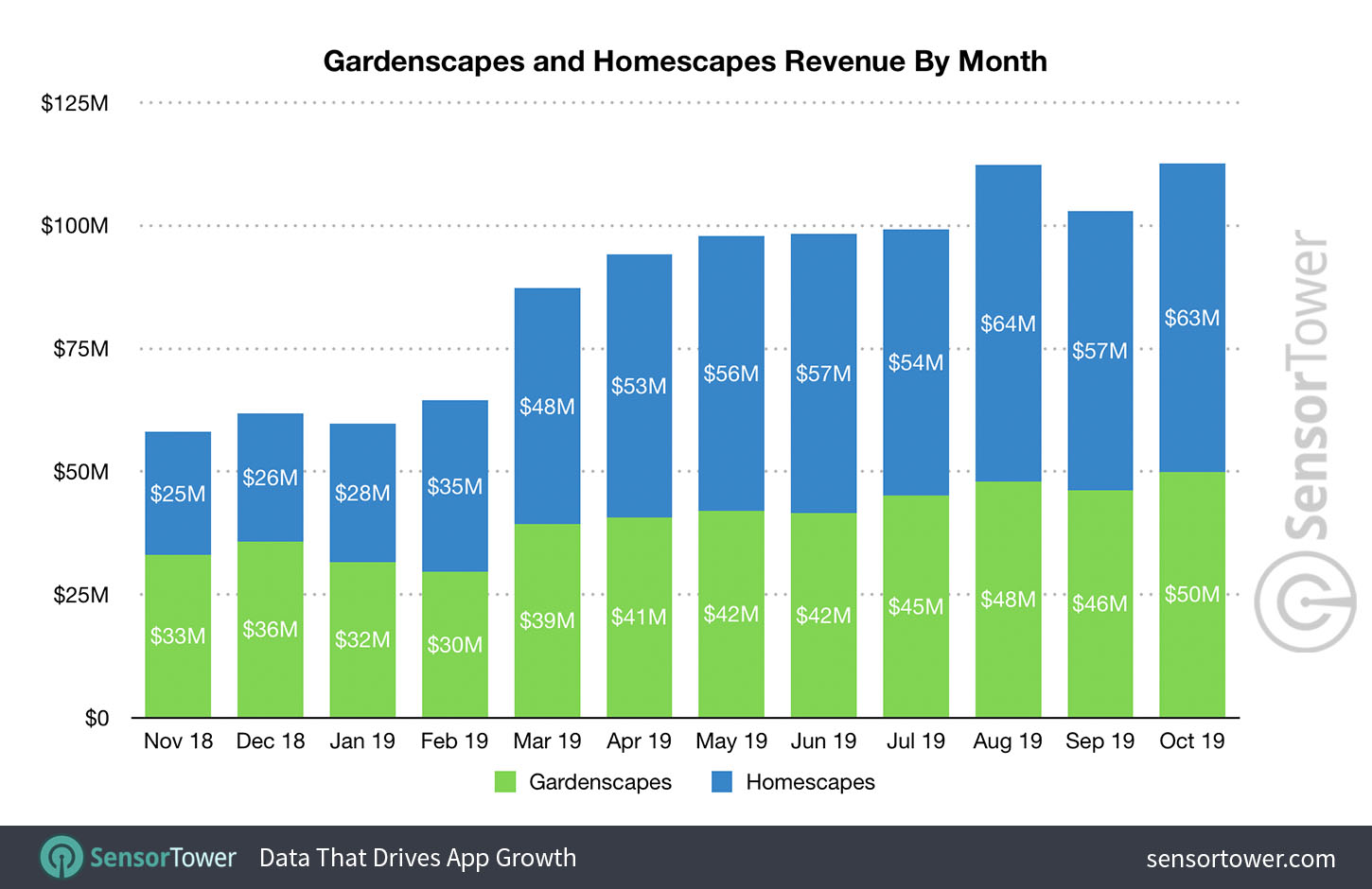 The United States has been the key revenue driver for Homescapes, generating $441 million, or close to 44 percent of all gross revenue. Japanese players were the second biggest spenders, paying out nearly $109 million, or almost 11 percent, while Germany was the third top grossing country, with users spending approximately $74 million, or roughly 7 percent.

The App Store has generated the majority of sales for Homescapes, making up $571 million, or close to 56 percent of total revenue to date. Google Play users spent almost $457 million in the game, or just more than 44 percent of its total.

The U.S. was also top for downloads, picking up more than 33 million unique installs, or close to 15 percent. Russia took second place with nearly 20 million downloads, almost 9 percent, with India rounding out the top three with upwards of 17 million downloads, or about 7 percent.

Google Play generated the most downloads overall, accounting for nearly 154 million unique installs, or 69 percent. The App Store made up close to 71 million downloads, or about 32 percent.

Average revenue per download for Homescapes currently stands at approximately $4.60.