With more than one billion devices sold as of last summer, there's no questioning that the iPhone has added enormously to Apple's bottom line since its launch 10 years ago today. There is, of course, another major contribution this revolutionary device has made to the Cupertino company's coffers: app revenue. According to Sensor Tower Store Intelligence estimates, Apple's revenue from iPhone and iPad app purchases in the first six months of 2017 totals approximately $4.9 billion, which is $1.4 billion (or about 40 percent) more than Apple's total net income of $3.5 billion for all of fiscal year 2007, the year iPhone was introduced. 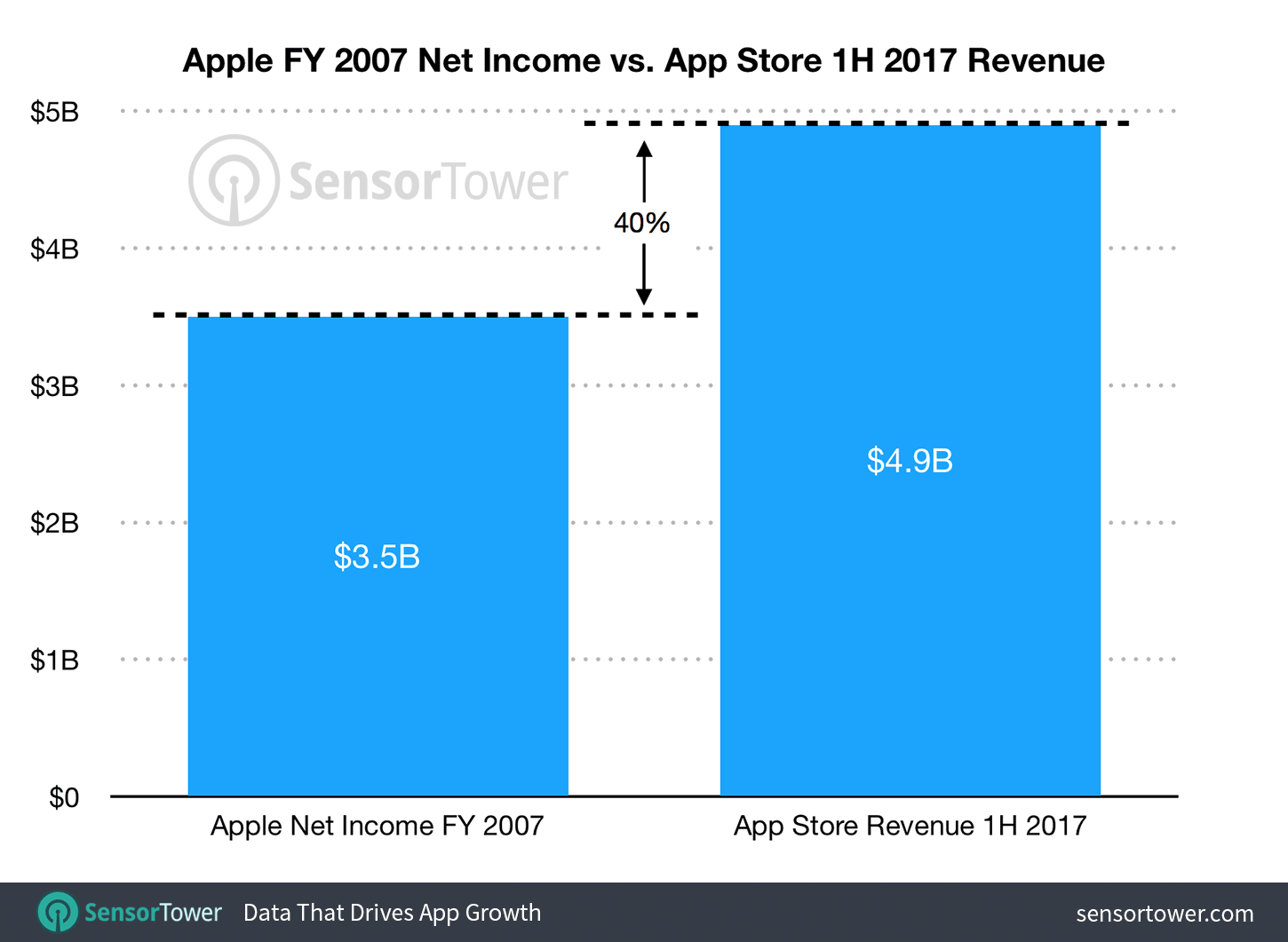 What's more, as the chart below illustrates, Apple's share of worldwide App Store revenue continues to grow as a percentage of its overall annual revenue—despite slowing device sales. 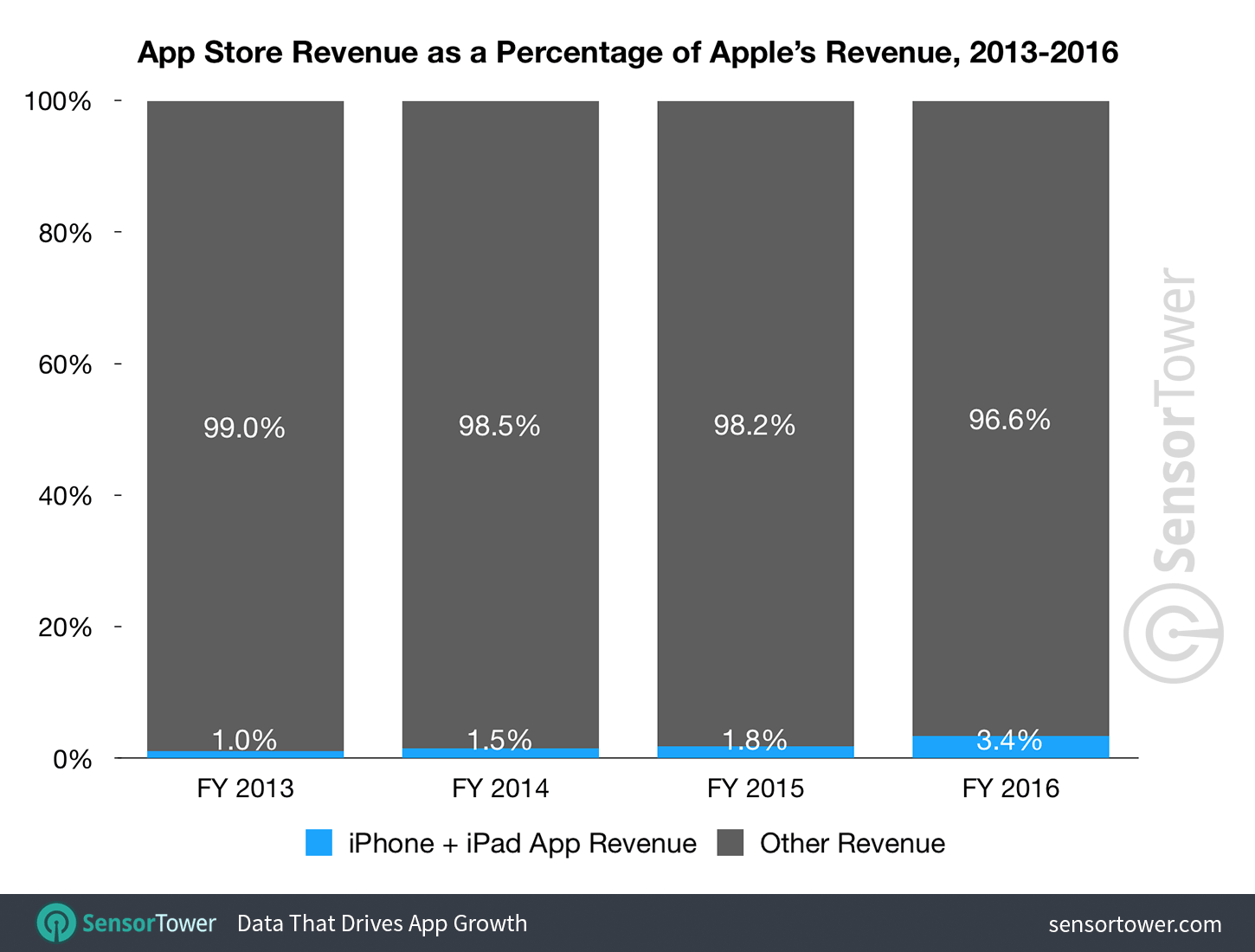 So far in Apple's 2017 fiscal year, its share of App Store revenue totals slightly more than it did for all of FY 2016 at approximately $7.3 billion, with the company's fiscal Q4 still to go.