We're 20 days out from the demise of Dropbox's Mailbox app, which is leaving behind a relatively small—compared to the likes of Gmail—but fiercely loyal fan base who, since the shutdown's December 7 announcement, have been seeking out a suitable alternative. For this week's Sensor Log data dive, we decided to look into which of its closest alternatives is actually benefitting from Mailbox's march into app oblivion—and, as you'll see after the break, there's a very clear winner.

A Little-Known App Gets a Huge Boost

Using Sensor Tower's Store Intelligence platform, we researched the estimated worldwide downloads on Apple's App Store for the four Mailbox alternatives with the closest feature match to Dropbox's app: Google's Inbox, Microsoft's Outlook, CloudMagic Email, and Spark from Readdle. We compared download estimates for November 8 through December 6—the four weeks leading up to Dropbox's announcement—and the four weeks after, December 7 through January 4. The results were calculated as a percentage growth in downloads for each app from the previous period to the latter. You can see the results in the growth chart below: 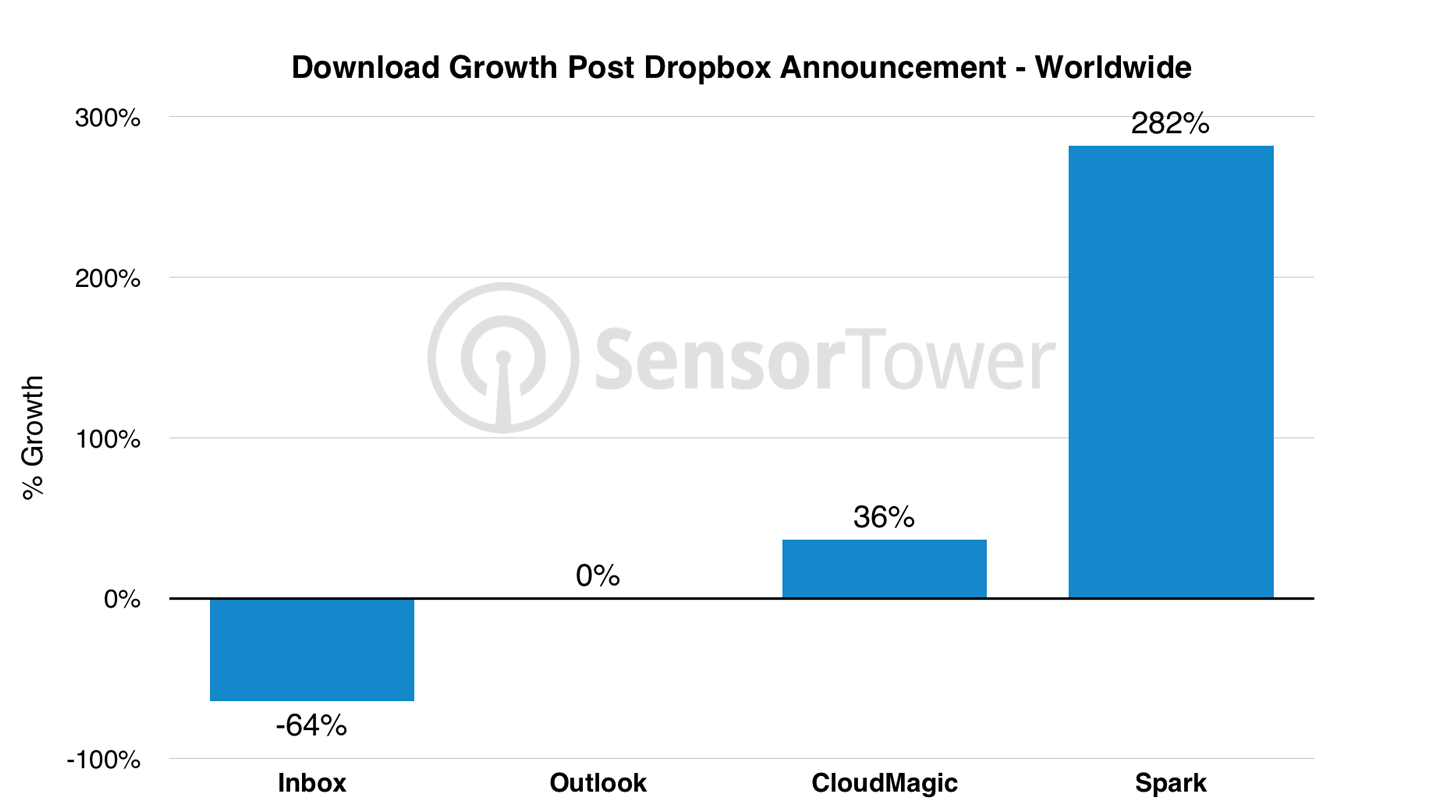 The clear winner was Spark at 282 percent download growth, followed by CloudMagic at 36 percent. Outlook and Inbox experienced flat and negative download growth, respectively, between the two periods we studied. It's interesting to note that Google advertised its app during the period (on AdMob), as indicated by our Ad Intelligence platform, only to see downloads decrease—while Readdle and CloudMagic relied on word-of-mouth and blogger recommendations to reach potential users. Spark has been available on the App Store since May of last year, while CloudMagic was launched in October 2013.

All four of the apps we studied have received overwhelmingly positive life-to-date reviews, according to our App Intelligence platform, with CloudMagic faring best with 94 percent positive reviews and Spark a close second at 90 percent: 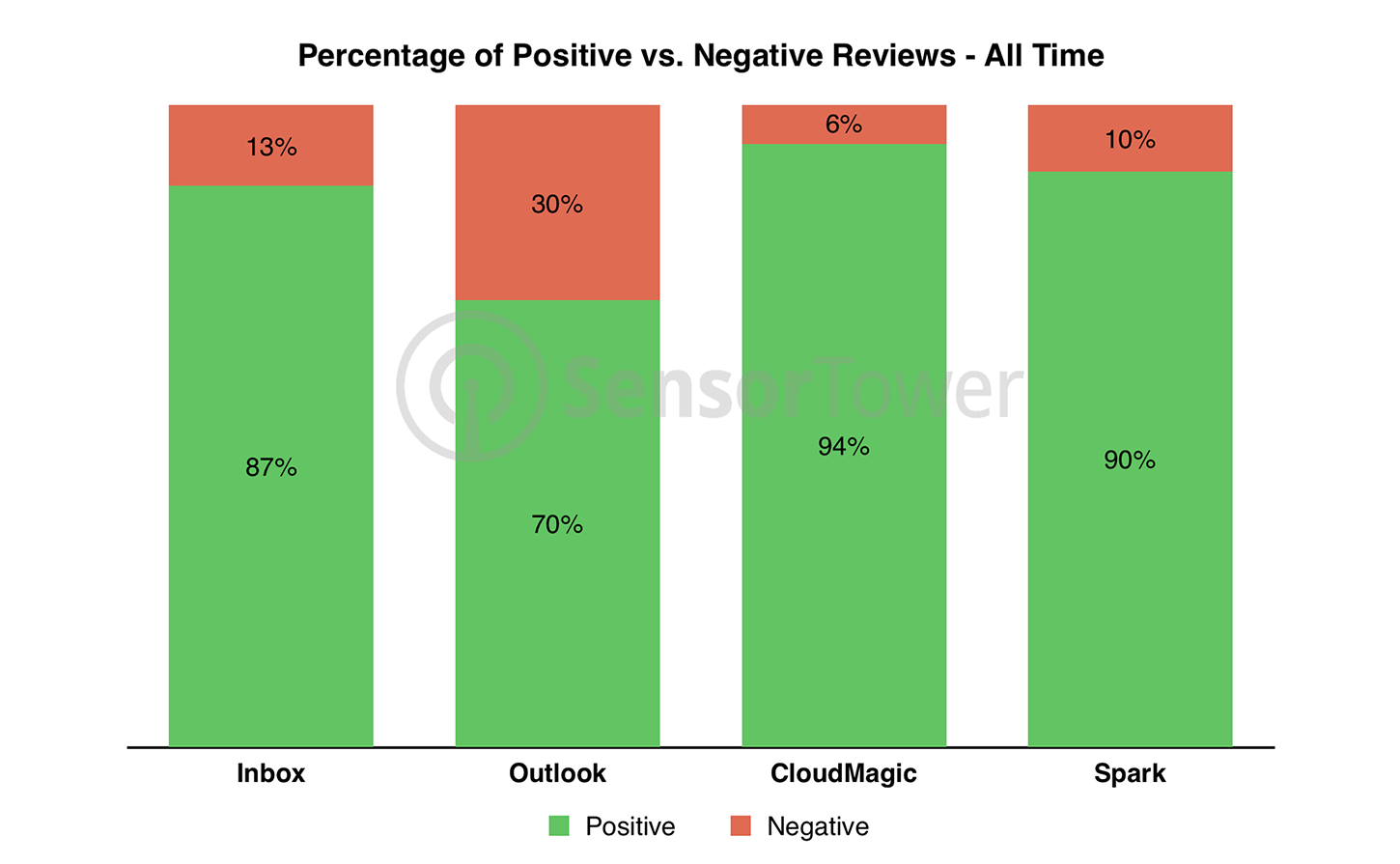 Of the four apps, Microsoft's has seen the most updates since Mailbox's sunsetting was announced with six, while Spark and CloudMagic updated three times, and Inbox updated twice. Digging deeper into the substance of these updates, all have added new features since November, with Spark committing the most new functionality in hopes of retaining the Mailbox converts it's acquired.

More Challengers on the Horizon

Despite the prominence of Gmail, more publishers continue to bring alternatives to iOS' built-in email app to the App Store's Productivity category. In fact, just this week, Bloop S.R.L. launched an iOS version of its popular OSX email app, Airmail, on the store. Unlike those we looked at for this report, it's paid ($4.99)—but it has become the top paid app in Productivity and ranks No. 25 on the U.S. iPhone paid chart for all categories as of this post.