Black Friday 2019 saw mobile game user spending hit an estimated $69.7 million across the App Store and Google Play in the United States, marking the most revenue ever generated in a single day for the category, according to Sensor Tower Store Intelligence data.

Combined revenue across both stores increased by 25 percent compared to Black Friday in 2018. That’s greater than the 23.8 percent growth between 2017 and 2018, when user spending hit a then-record $55.8 million. It's also the largest year-over-year increase since the 35.4 percent growth witnessed between Black Friday 2015 and 2016. 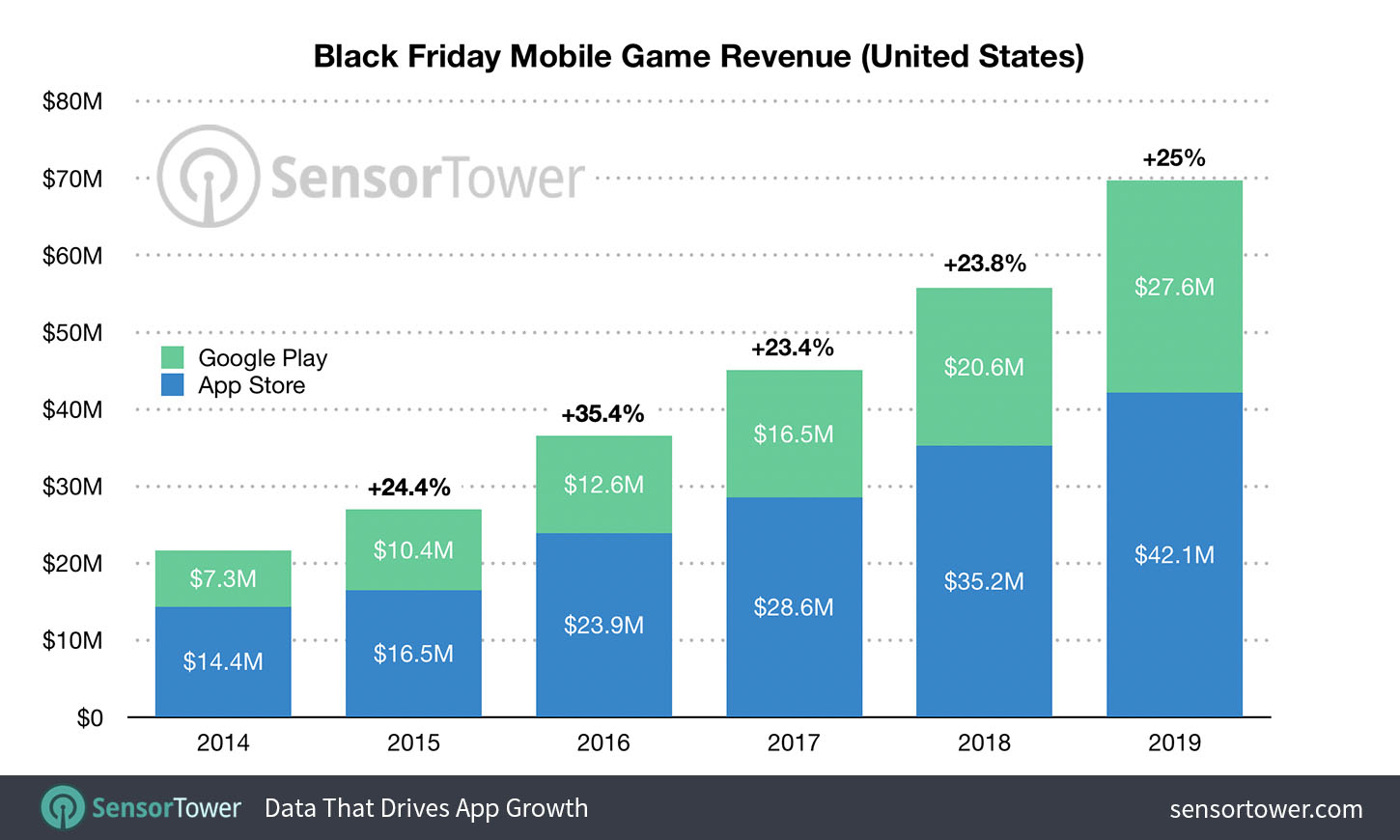 Mobile game revenue on the App Store increased by nearly 20 percent Y/Y, while Google Play spending climbed by approximately 34 percent. The Games category accounted for approximately 68 percent of all user spending on the App Store during Black Friday. On Google Play, games made up an even larger share of revenue, representing 84 percent of all spending.

Marvel Contest of Champions from Kabam took full advantage of Black Friday, generating approximately $2.7 million in player spending, which made it the top grossing mobile game in the U.S. for the day. That figure represented the title’s best performing day since July 7, and it has been able to maintain consistent levels of user spend in the days since Black Friday. 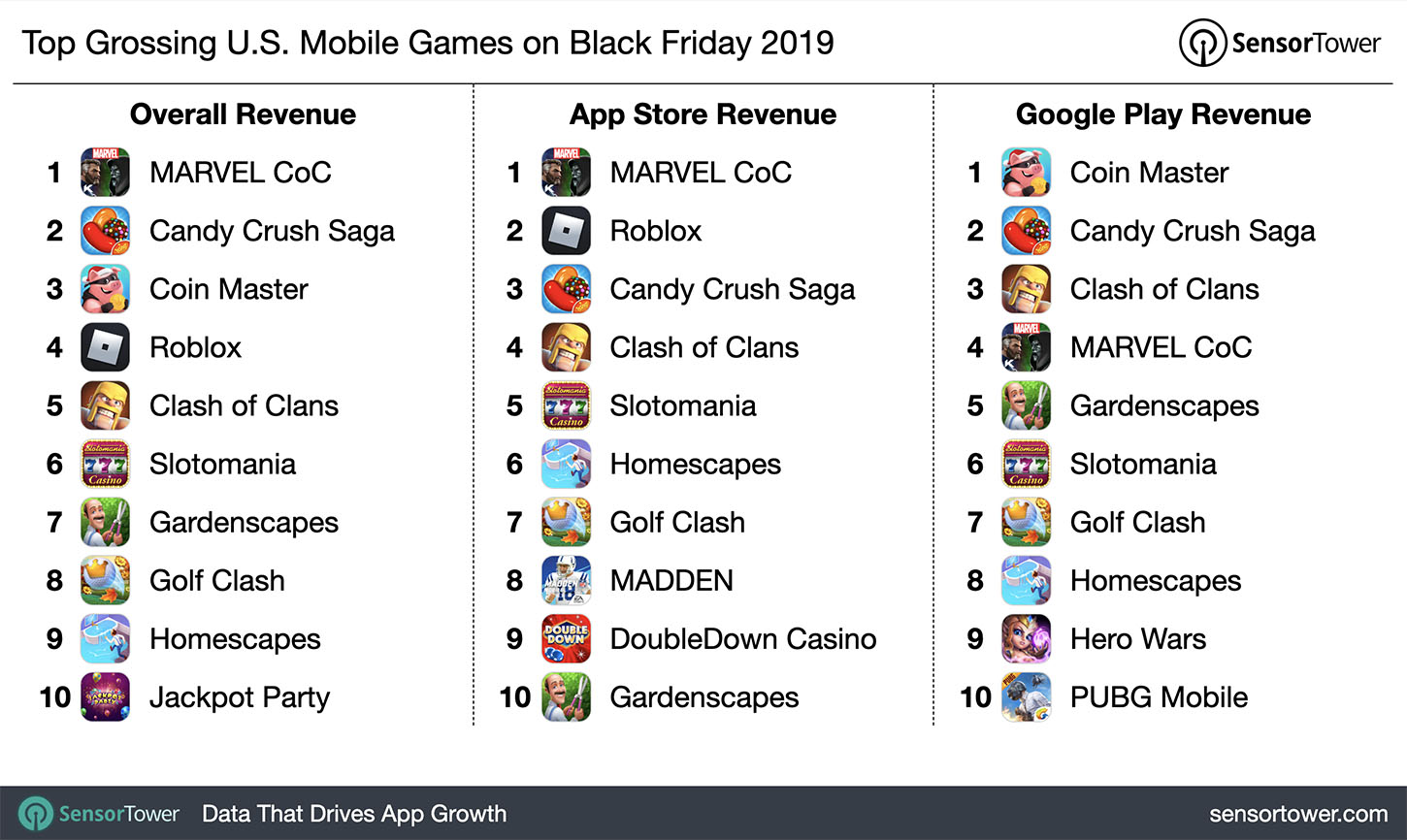 Playrix was another of the big winners for the day, with Gardenscapes generating $1 million and Homescapes making $969,000, enough to place both games in the top 10 grossers. For Gardenscapes, Black Friday marked the game’s best grossing performance of the year to date, although the effect on Homescapes was less noticeable. The combined revenue of Playrix’s games was still not enough to top Contest of Champions.

As our data shows, Black Friday continues to represent a prime opportunity for mobile publishers to offer special in-game deals with the potential to generate high returns, as users are already in a spending mindset and potentially flush with discounted gift cards for the stores. Christmas historically offers another such chance to drive outsized spending. We’ll provide analysis of this year’s results later this month.