Money transfer apps, including PayPal-owned Venmo and Square's Cash App, have surpassed mobile banking as the largest drivers of U.S. fintech downloads, according Sensor Tower's Store Intelligence data. Our latest report on the fintech space reveals that money transfer apps are responsible for 27 percent of finance downloads so far in 2018, up from 13 percent just three years ago.

In 2015, the top U.S. finance apps across the App Store and Google Play were large mobile banking apps, including Chase, Bank of America, and Wells Fargo. By 2017, however, the top spots were controlled by money transfer apps. PayPal's original money transfer app and its peer-to-peer payment app Venmo were among the top three apps in 2017 and again for the first half of 2018. Meanwhile, Square's Cash App has claimed the top spot so far in 2018.

While mobile banking app downloads have actually increased since 2015, their growth was dwarfed by that of money transfer apps. Mobile banking app downloads increased by only 10 percent from 2015 to 2017. Meanwhile, during the same timeframe, installs for money transfer apps nearly tripled from 17 million to 46 million, and these apps have already been installed nearly 33 million times in the first six months of 2018. As a result, the market share for money transfer apps grew from 13 percent in 2015 to 27 percent for the first half of 2018. Mobile bankings apps had a corresponding decline in market share from 42 percent to 24 percent over the same period. 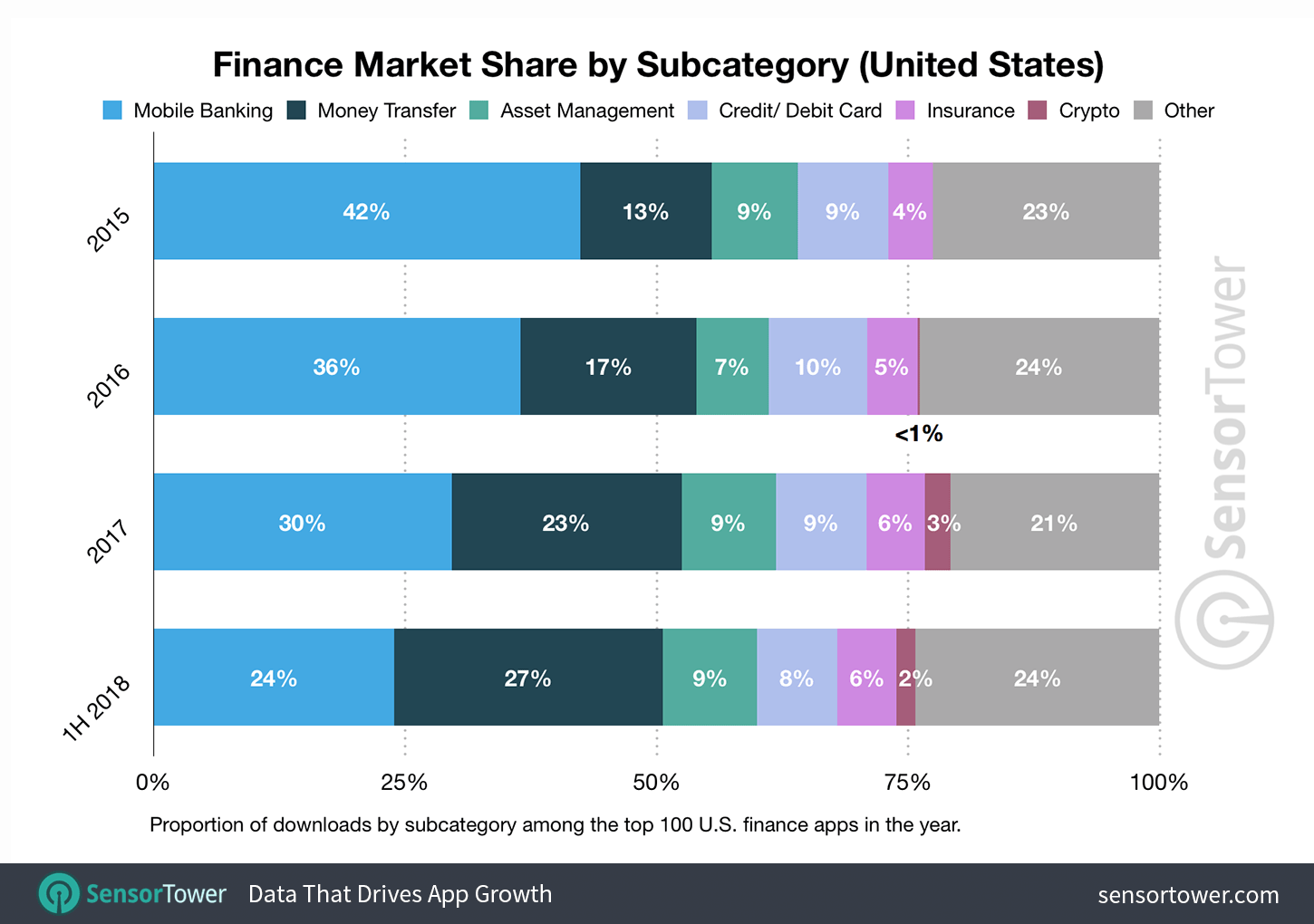 Square's Cash App has been remarkably popular of late, reaching the No. 1 spot among finance apps for the first six months of 2018. It surpassed Venmo and PayPal for the first time in the third quarter of 2017 and has continued to experience rapid growth since then, reaching more than five million installs in 2Q18. In spite of Cash Apps' recent success, PayPal-owned apps still controlled more than 40 percent of the money transfer market in the first half of 2018. 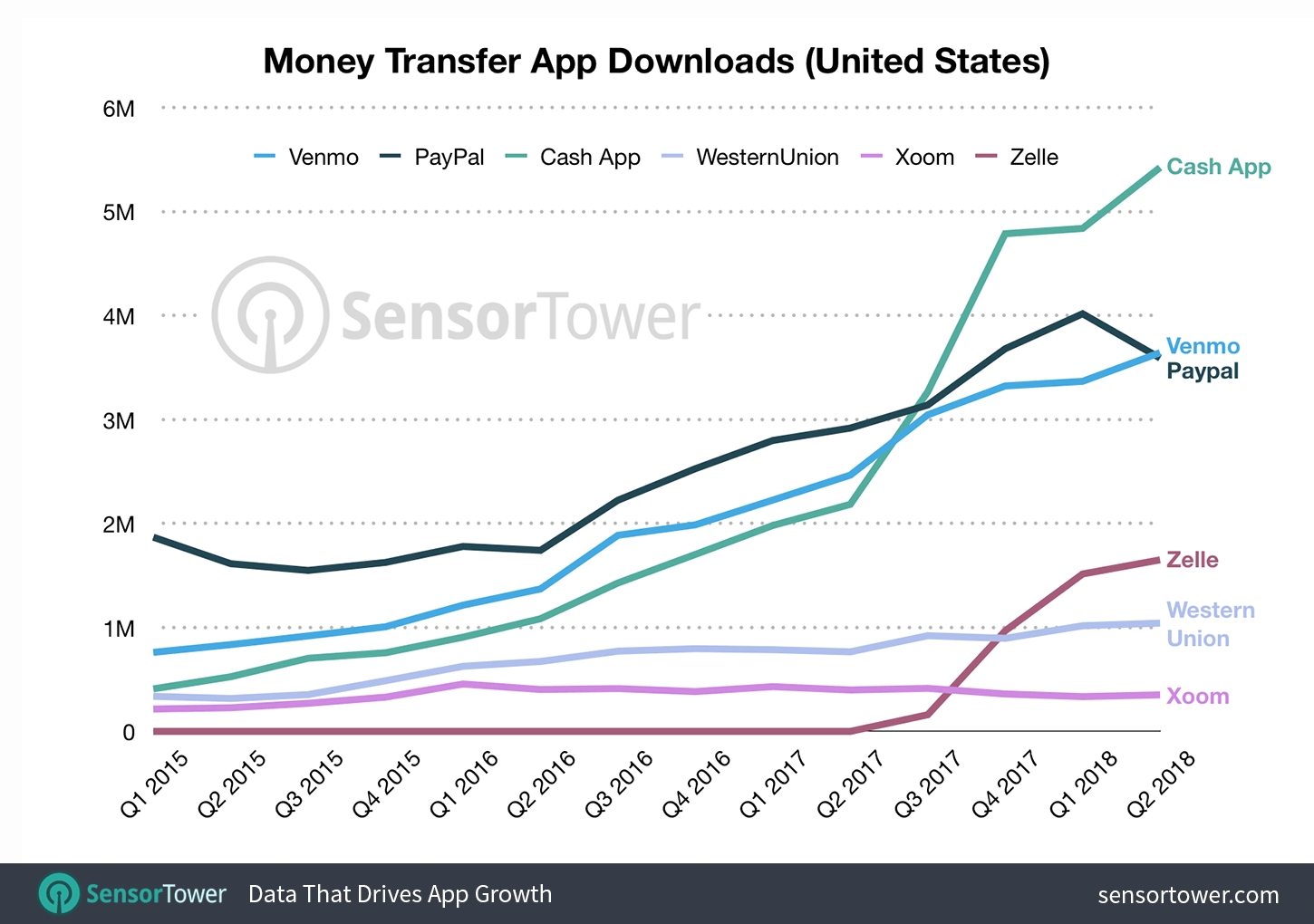 As the established payment giants continue to grow, we expect other finance publishers to attempt to enter the space. We'll continue to monitor these apps and the rest of fintech, so keep an eye on our social media for future insights.

Want to learn more about the mobile finance vertical? Click below to download a sample of our 2018 State of Fintech Apps report in PDF format: