Netflix-published mobile games have generated more than 13 million downloads globally across the App Store and Google Play as the streaming giant ramps up its plans in the market, Sensor Tower Store Intelligence data reveals.

To date, Netflix has published 24 mobile titles–which require Netflix account access to play–featuring exclusives, IP tie-ins, new titles and updated re-releases of older games. It follows on from its previous releases of interactive TV series like Bandersnatch, Minecraft: Story Mode, and the more recent Trivia Quest. The company recently unveiled a string of new titles it's set to publish in future, including The Queen’s Gambit Chess, Shadow and Bone: Destinies, and Too Hot To Handle–all of which have an associated Netflix series.

Since entering the games space, downloads for Netflix titles have ramped up to over 1 million per month. The company’s best month for mobile game installs so far was December 2021, when it generated 2.3 million downloads, while in May 2022 its portfolio of titles generated 1.4 million installs. 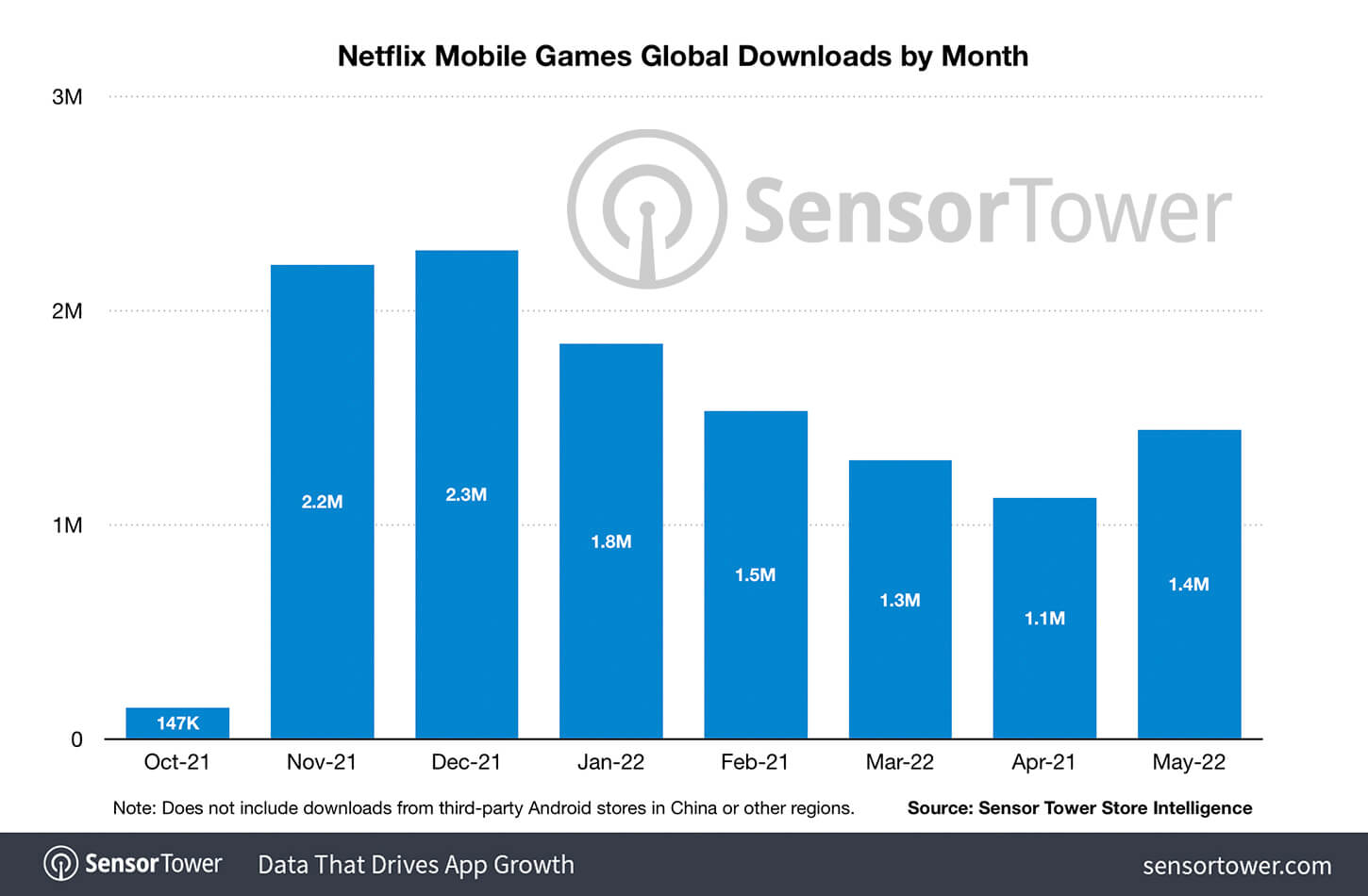 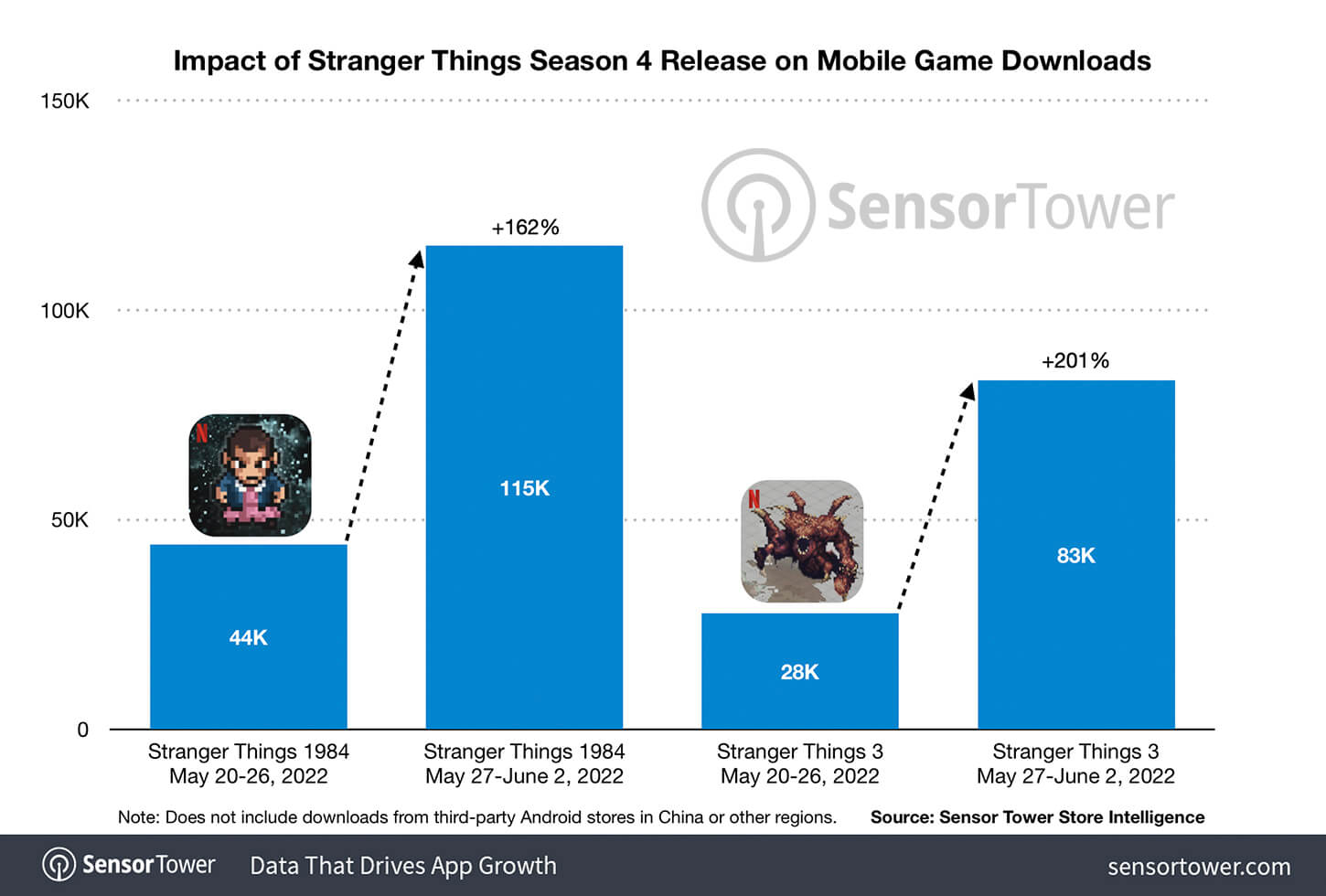 While Netflix has published a number of games, the streaming giant has also made some acquisitions for in-house development. One of its purchases, Night School Studio, has worked on titles such as Oxenfree, which generated 2.1 million installs and accumulated $1.8 million from player spending on mobile. Another of the developer’s titles, Mr. Robot:1.51exfiltrati0n.ipa, in partnership with Telltale, picked up 56,000 downloads and $247,000 in revenue on mobile prior to its removal in 2019.

Another acquisition, Next Games, has generated 43 million downloads and approximately $187 million to date from its portfolio of mobile titles. Its top game, The Walking Dead: No Man’s Land, has generated 29.4 million downloads since its launch, racking up $128.4 million from player spending. The developer has a history of working on IP-based titles, including The Walking Dead: Our World, Stranger Things: Puzzle Tales and Blade Runner: Rogue.

Netflix spearheaded the online TV and film streaming revolution, remaining one of the largest players in the space, and is now facing fierce competition from the likes of Disney+, HBO Max, and Amazon Prime Video, to name a few. Not content with this position, the streaming giant is now branching out into other media, with its sights firmly set on gaming. The move could open up options as a future revenue stream, engagement tool for its platform, and another way for consumers to interact with its increasingly broad IP portfolio.