The title has been one of the world’s most lucrative mobile games since its launch back in 2016, when it became an instant global phenomenon. In 2021, it was the No. 7 revenue generating mobile game worldwide, accumulating $1.3 billion, while in Q1 2022 Pokémon GO ranked No. 11 for player spending, picking up $198.2 million. According to Sensor Tower Game Intelligence, it remained by far the top grossing Geolocation AR title in the world during the last quarter, with Dragon Quest Walk from Square Enix generating $90.4 million, while Jurassic World Alive from Ludia racked up $7.2 million. 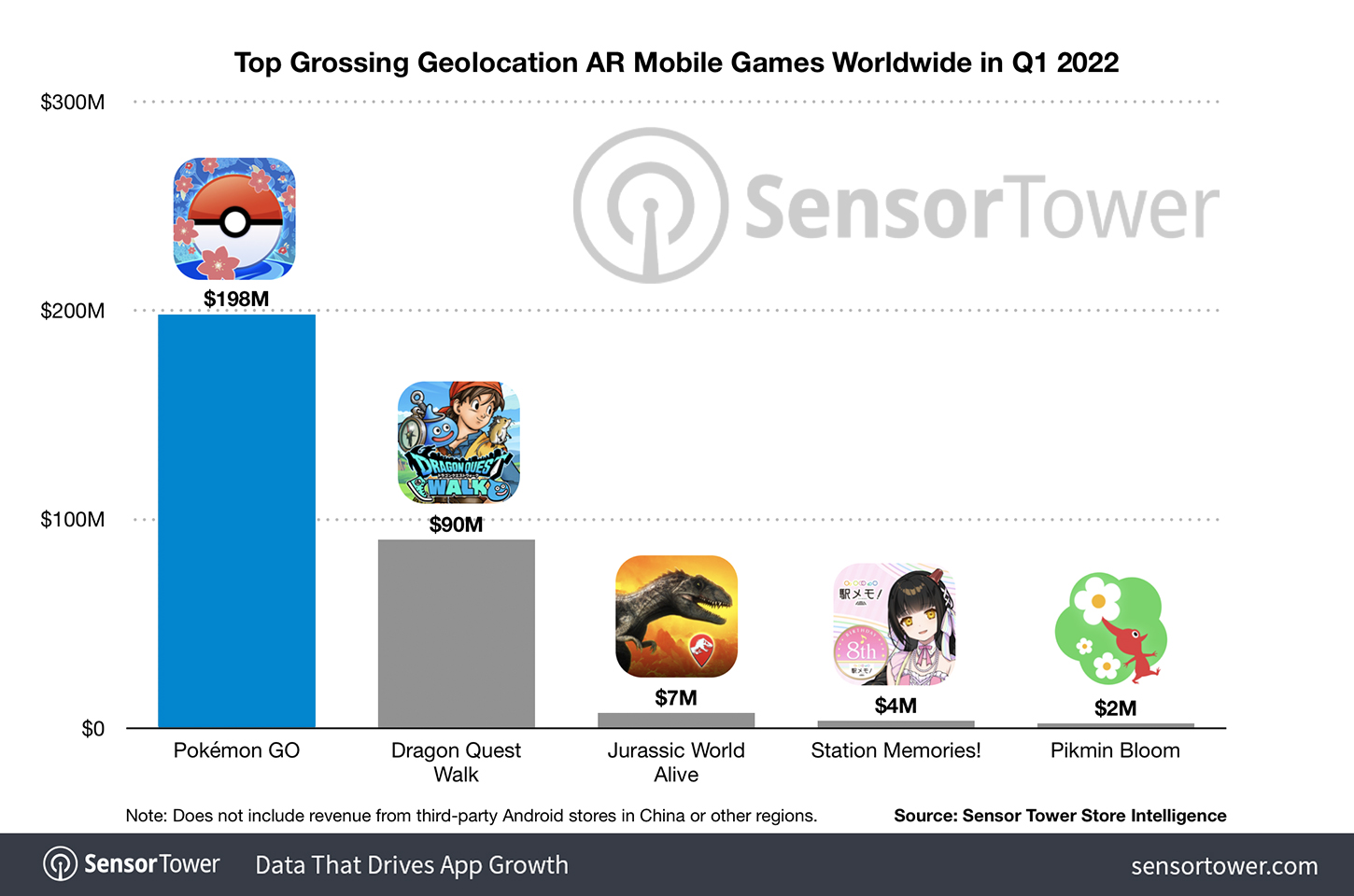 Pokemon GO took just under six years to hit the $6 billion milestone, putting it in an exclusive club. Other mobile titles that have surpassed the figure include PUBG Mobile and Honor of Kings, both from Tencent, Candy Crush Saga from King, and Clash of Clans from Supercell.

The United States ranks as the No. 1 country for lifetime player spending in Pokémon GO, generating $2.2 billion, or 36.6 percent of total revenue. Japan ranks No. 2 with 32.6 percent, while Germany ranks No. 3 with 5.2 percent.

Google Play accounts for the majority of player spending, accumulating $3.1 billion, or 52.3 percent, while the App Store represents $2.8 billion of revenue, or 47.7 percent.

Google Play represents the majority of downloads, accumulating 517.2 million installs to date, or 76.3 percent of the total. The App Store, meanwhile, has generated 160.8 million downloads, or 23.7 percent.

Since its launch back in July 2016, Pokémon GO has averaged $1 billion per year from player spending. The title remains the world’s flagship Geolocation AR title and is a standout for best-in-class live ops on mobile, delivering consistent new updates, new Pokémon and staying relevant during the COVID-19 pandemic and lockdowns. Though the industry at large is facing challenging times–player spending in the title was down by close to 45 percent year-over-year in Q1 2022, while wider mobile games market revenue was down by approximately 6 percent–Pokémon GO continues to be one of the world’s top grossing mobile titles.