Pokémon GO has been live in the App Store for three weeks now in the United States. Since its launch, the red-hot mobile app has defied App Store norms and broken many store records:

Outside of the download, revenue, and usage metrics that help quantify the magnitude of its success, there is also a wealth of data that informs the way people are using and reacting to the app experience, in the form of user reviews.

Sensor Tower collects every single user review left on the App Store and provides sentiment analysis that allows analysts to tease out common trends in the data. In this post, we'll use Sensor Tower's Review Analysis to take a look at what its millions of users are saying about their experience with the app.

The first trend we immediately saw was the large amount of data around feature requests. Our review analysis has found that 10,657 reviews pertain to some form of feature requests—representing roughly 13 percent of all Pokémon GO reviews.

What follows is a chart that shows the top feature requests as backed by user data on iOS in the United States since launch: 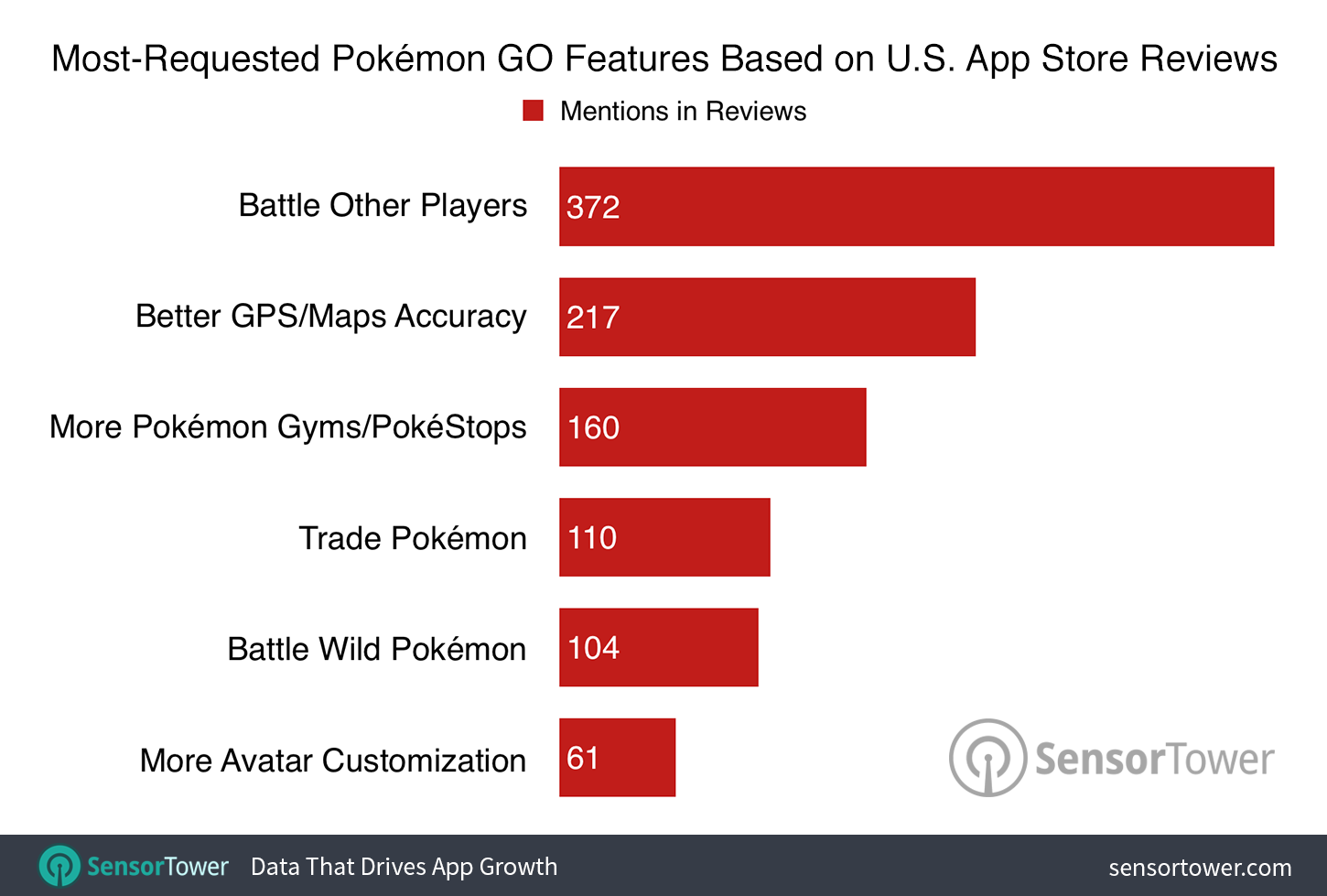 The most requested feature so far, mentioned in 372 reviews, is the ability to battle other players directly. Battles are currently limited to gyms and are not in real time. Speaking of gyms, 160 reviewers note that there are not enough of them (or Pokéstops), at least in their location.

Players also appear to want more added social functionality. Sensor Tower data shows that, of the reviews requesting new features, 110 want the ability to trade Pokémon with other trainers and 61 want to customize their avatar beyond the limited options currently available.

To date in the U.S., the app has been reviewed more than 81,000 times and has received fairly polarized feedback. Some 26 percent of users have given the app the lowest grade of one star, while 31 percent gave the app a perfect five-star review. The one-star reviews were mostly based on the known server issues/app crashes, as well as the initial Google account privacy issue.

The app is still riding high off the most successful mobile game launch in history, and its decision to slowly roll out availability in new countries has only continued to focus attention on it. The Niantic team recently mentioned that only 10 percent of the app's planned functionality was available at launch, which hints at there being a rich product roadmap ahead.

Nonetheless, it will be interesting to see what Niantic will add in terms of new features to keep users engaged, while also addressing the large number of advertisers knocking on the door to get involved. The opportunities truly seem endless for Niantic and Pokémon GO. 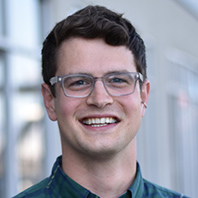