To date, Pokémon GO has been downloaded more than 30 million times worldwide on iOS and Android, and has earned more than $35 million in net revenue, seeing more daily average usage than the world's most established apps in the process. On the eve of its release in the franchise's home country of Japan, Sensor Tower is taking an updated look at the title's unprecedented launch by comparing its record-breaking surpassing of 10 million downloads in seven days to other successful mobile games. See how some of the category's biggest hitters stack up to this incredible feat after the break.

Using our Store Intelligence platform, we analyzed a group of 12 mega-hit mobile games on iOS and Android—all of which have surpassed 10 million downloads worldwide across both platforms—and calculated the number of days from their launch dates it took them to reach the 10 million milestone. The chart below shows the results, compared to Pokémon GO. 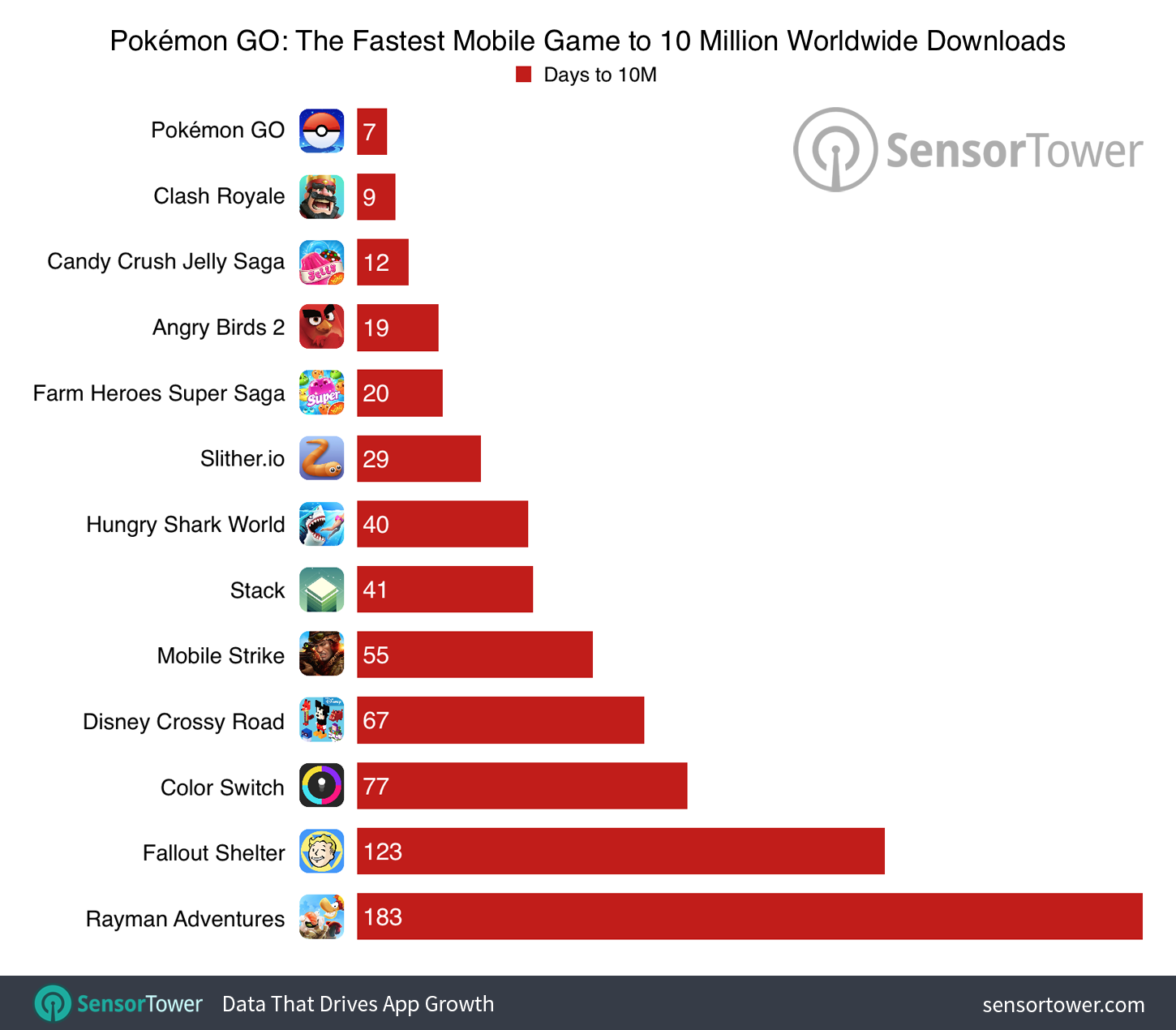 In passing the 10 million mark just seven days after launching in Australia and New Zealand on July 5, Pokémon GO smashed the previous record of nine days held by Supercell's Clash Royale. It also beat out King's latest Candy Crush Saga spin-off, Candy Crush Jelly Saga, which managed the same feat in just 12 days. One of the most highly anticipated mobile game sequels of all time, Angry Birds 2, also trails behind Pokémon GO, having amassed more than 10 million downloads within 19 days of its launch.

We'll have more analysis of Pokémon GO's unprecedented launch throughout the week, as it rolls out in Japan and other countries around the globe. Before long, we expect to be able to compare its coming-any-day-now 50 million download milestone to some of mobile gaming's most elite apps, so stay tuned.