Sensor Tower's Store Intelligence has already provided the Wall Street Journal, Forbes, and others with the first metrics on Niantic's and The Pokémon Company's phenomenally successful U.S. launch of Pokémon GO. As the app passes 15 million installs on the App Store and Google Play, we decided to take a look at its performance from another perspective: user engagement. In this post, we'll look at how the runaway hit stacks up in terms of the amount of time users are spending in it compared to iOS' other most popular apps.

For the chart below, we analyzed our proprietary usage data to visualize how Pokémon GO users are spending time in the app compared to five of the U.S. App Store's current most popular apps across all categories: Facebook, Snapchat, Instagram, Twitter, and Slither.io, the viral sensation we previously covered in our look at April 2016's top mobile games.

As you can see, the average iPhone user spent 33 minutes in Pokémon GO on Monday, July 11, more time than in any of the other apps we analyzed—even Facebook: 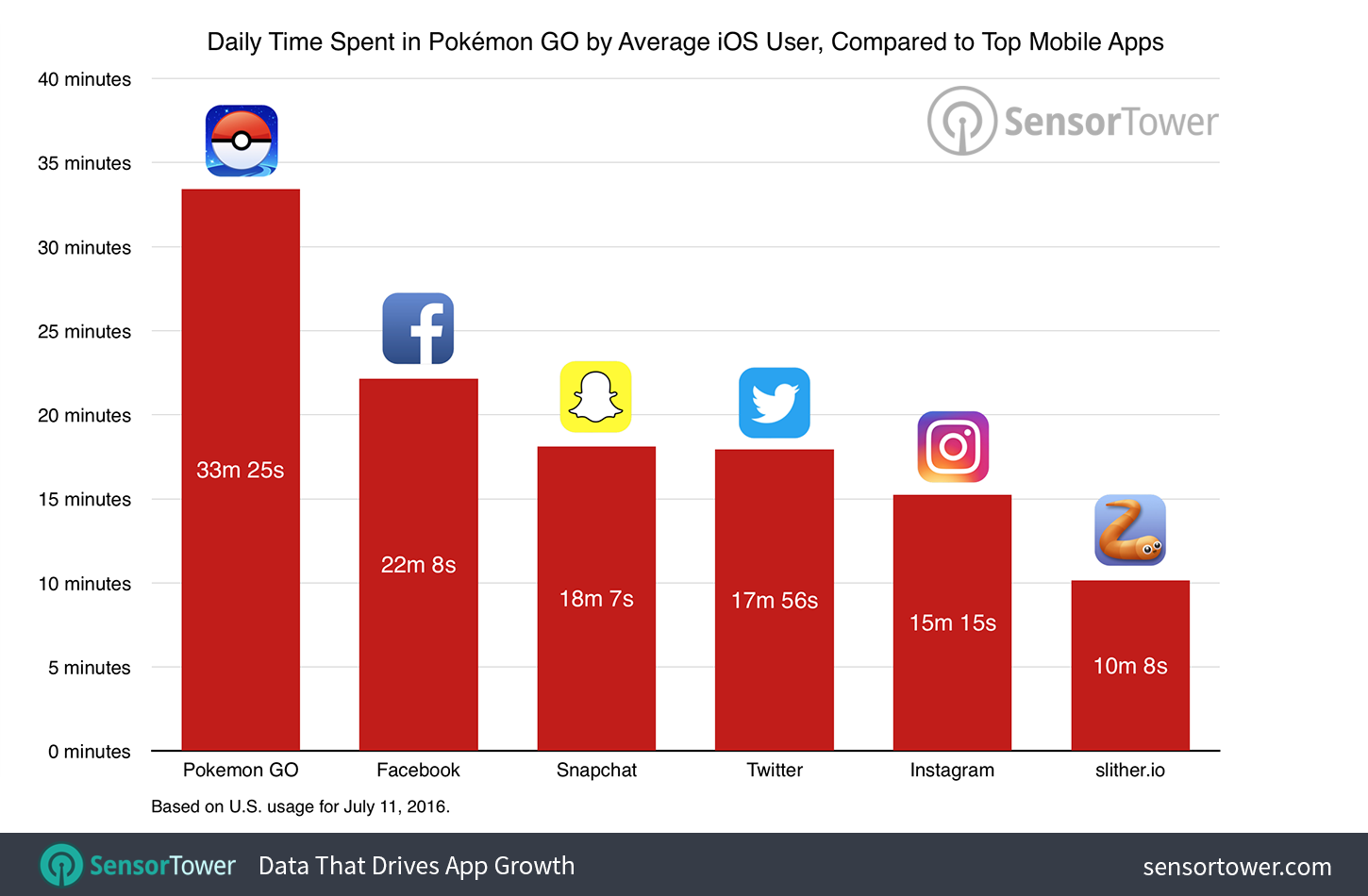 By comparison, the average user spent just over 22 total minutes in Facebook yesterday—still a considerable amount of time—and about 18 total minutes in Snapchat, the third-most-used of the apps we analyzed. Slither.io, which spent more than two weeks at No. 1 on the U.S. App Store's downloads ranking, was used about 10 minutes on average during the same one-day period.

How It Stacks Up Against Other Games

We also analyzed how the average total time spent in Pokémon GO yesterday looked compared to other popular mobile games on iOS. Here it wasn't the most-used app, but it still fared quite well. It ranked below the hardcore juggernaut of MZ's Game of War at nearly two hours of total daily usage for the average user, and King's Candy Crush Saga, which has an average total daily usage of about 43 minutes.

Mobile gamers—whether they considered themselves one before last Wednesday or not—are clearly devoting a lot of time to their newfound pursuit of Pokémon. Now we just have to wait and see what developer Niantic does to keep these users engaged, and this momentum maintained, for the long haul.