The title, localized as Game For Peace in China, is one of the few mobile games to hit the landmark figure. Other titles that have reached $8 billion include Honor of Kings, another Tencent title, Monster Strike from Mixi, and Clash of Clans from Supercell. PUBG Mobile continues to be one of the top revenue generating games worldwide, ranking No. 2, just behind Honor of Kings in Q1 2022, after accumulating $650 million in the quarter. Excluding China, the title ranked No. 6 for global player spending, just behind Coin Master from Moon Active. 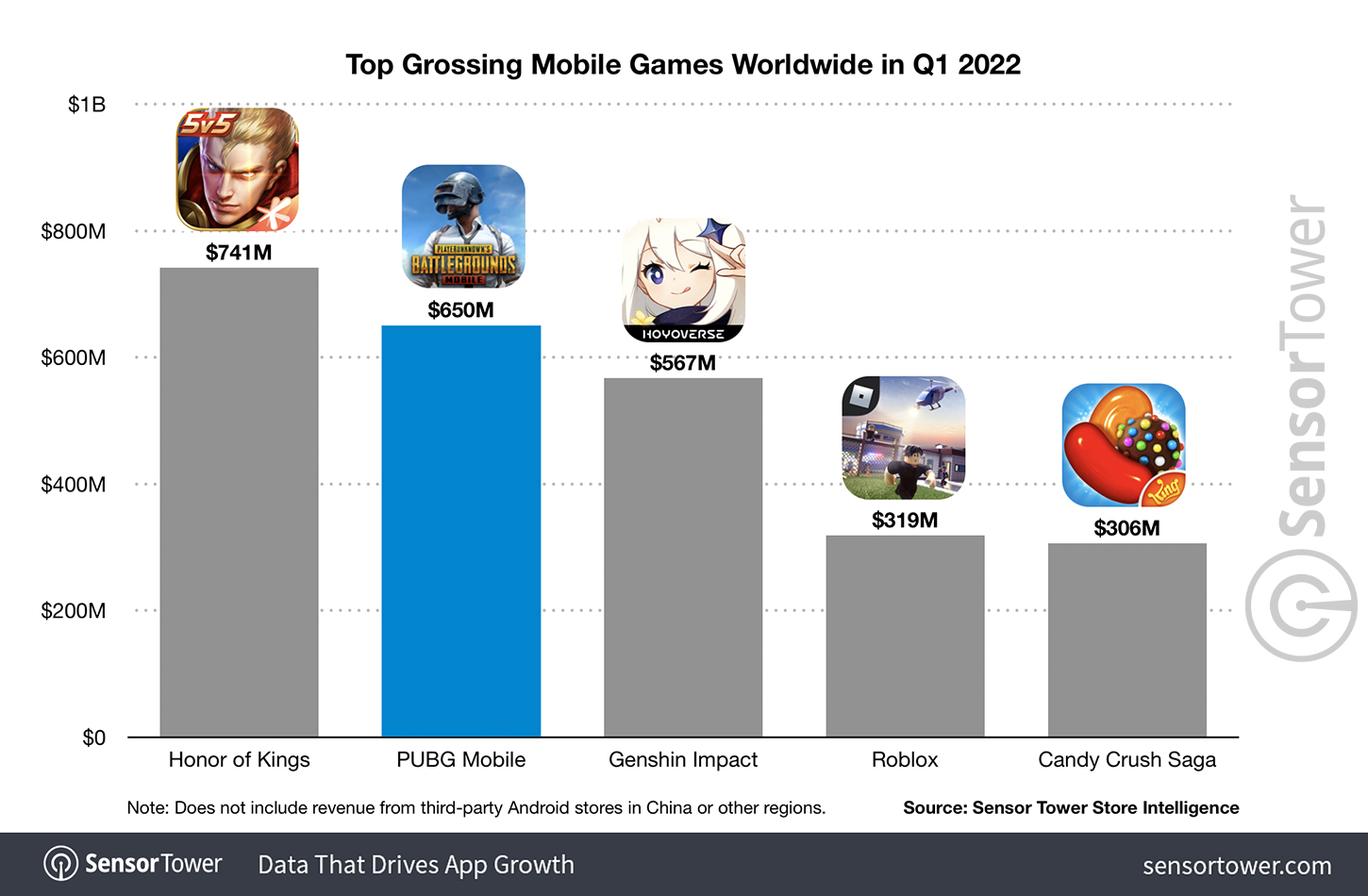 Quarterly revenue in PUBG Mobile during Q1 2022 was at its lowest since Q4 2020. As highlighted in Sensor Tower’s State of Mobile Gaming 2022 report, this comes as the worldwide mobile games market saw revenue slump by 6 percent year-over-year across the App Store and Google Play. Among the top genres by revenue, the Shooter category saw the steepest decline in Q1 as player spending fell by 14 percent Y/Y to $1.4 billion. 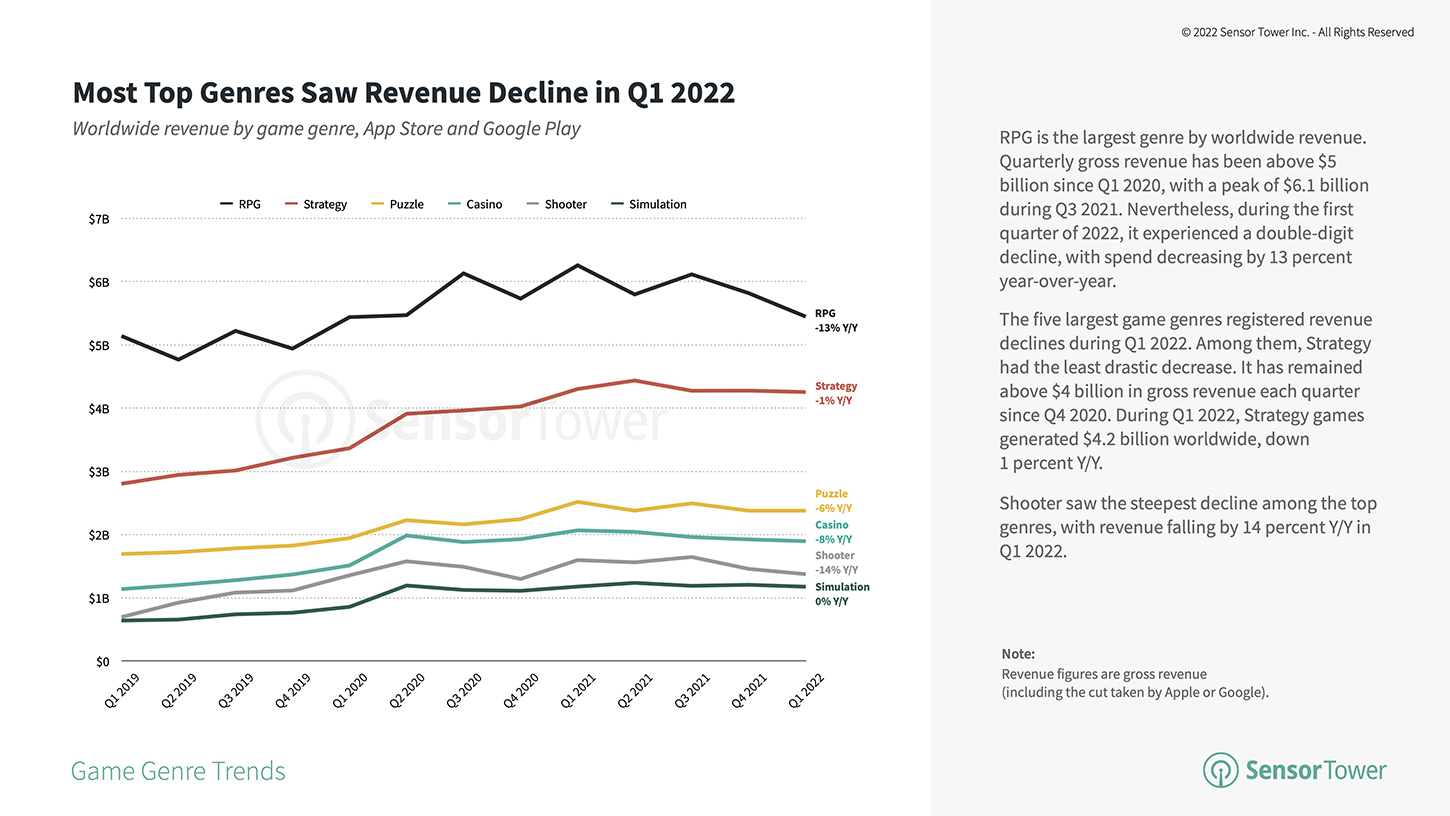 China continues to be PUBG Mobile’s most lucrative market, with the title generating $4.7 billion in the country to date, or approximately 57 percent of total player spending (this analysis does not include revenue from third-party Android stores). Outside of China, the title has picked up $3.5 billion in revenue. The United States ranks No. 2 for player spending at more than 11 percent of the total, while Turkey rounds out the top three at about 4 percent.

Although PUBG Mobile and the overall global Shooter genre saw revenue declines Y/Y in Q1 2022 across the App Store and Google Play, the title continues to rank as the No. 2 mobile title by player spending in the world. Shooter games also remain as the No. 5 genre for revenue worldwide–the same position the category held in Q1 2021–and its decline comes amid a decrease in revenue for each of the top five revenue-generating genres. While PUBG Mobile continues to be highly lucrative, broader market trends show that even the top titles aren’t immune to global market challenges such as IDFA headwinds, inflation, and cost of living rises.