What a difference a year—and the ability to monetize in China—makes. Tencent's battle royale title PUBG Mobile has rocketed past $1 billion in global player spending, Sensor Tower Store Intelligence data shows, with substantial year-over-year growth fueled in part (but not entirely) by the launch of its reworked Chinese version, Game For Peace.

Huge Y/Y Growth from Every Angle

Thanks in (large) part to its re-release in Tencent's home market, PUBG Mobile has grown its gross revenue from approximately $25 million in August 2018 to slightly more than $160 million last month, an increase of about 540 percent. 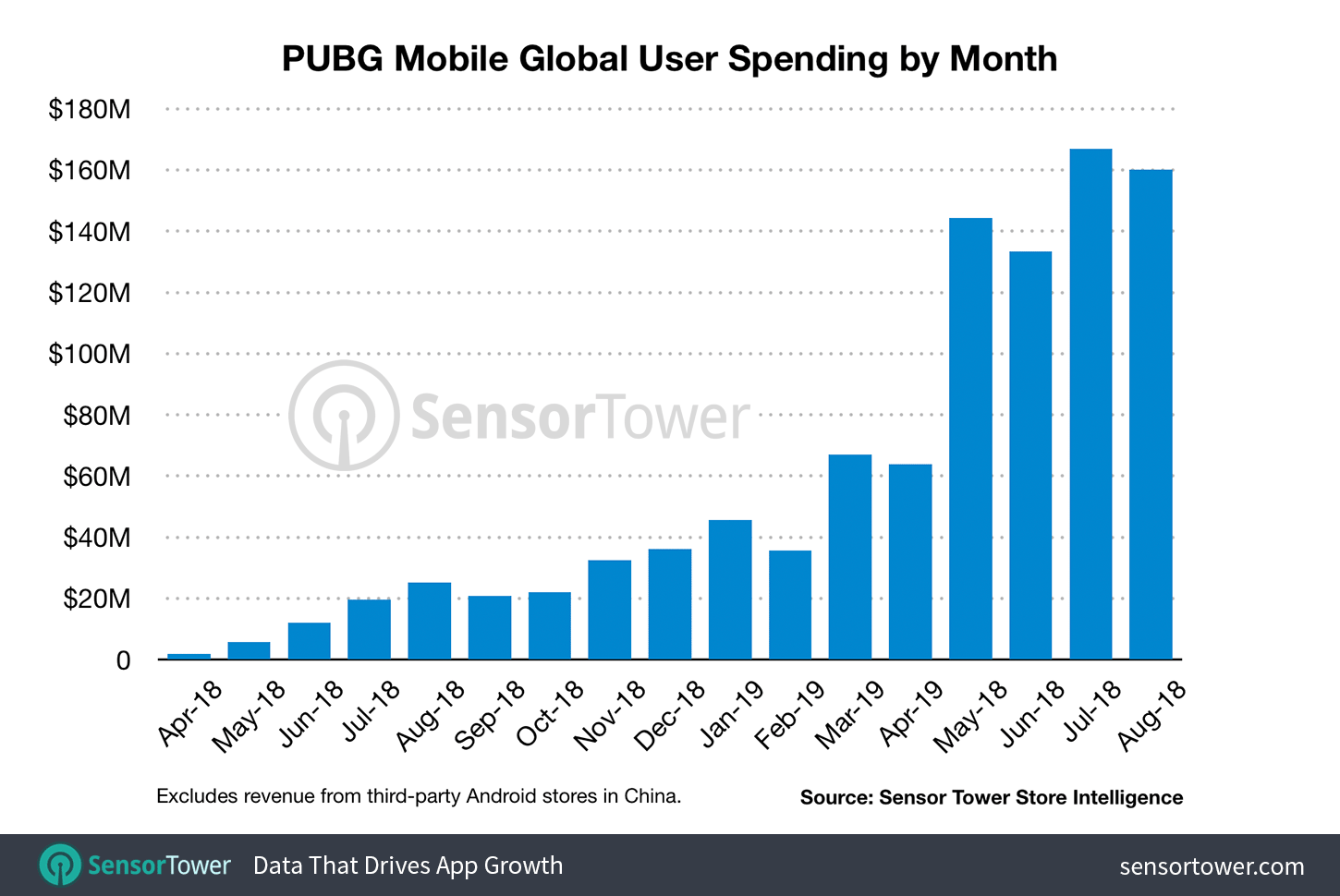 Even when China is removed from the equation, monthly PUBG Mobile revenue has more than doubled Y/Y as of August. Player spending in the title outside China last month reached nearly $63 million according to Sensor Tower estimates, an increase of 152 percent from a year earlier.

King of the Battle Royale Hill

Comparing PUBG Mobile to its most prominent rival, Fortnite from Epic Games, on the App Store reveals a leveling of the playing field. Tencent's title has grown its revenue 165 percent year-over-year on iOS outside China, while Fortnite mobile spending has declined by 36 percent over the same period. Last month, they both grossed close to $25 million on Apple's platform. If China is factored in (Fortnite has yet to launch there), PUBG Mobile earned 3.7 times more than Epic Games' title last month on iOS.

Crossing the $1 billion mark places PUBG Mobile solidly in the lead in terms of mobile battle Royale revenue generated across the App Store and Google Play.

This latest and most major milestone for PUBG Mobile comes as Tencent continues to push an aggressive content update schedule for its title and has entered into a tie-up with Amazon's Twitch to offer in-game incentives to Twitch Prime members. Meanwhile, installs of the game have reached 400 million globally, adding more than 45 million first-time players last month, its largest ever and more than double the 21 million added in July.