The title was launched worldwide in February 2019 and has since become one of the world’s most lucrative mobile RPGs. According to Sensor Tower Game Intelligence, RAID: Shadow Legends was the No. 12 revenue generating RPG worldwide during H1 2022, accumulating approximately $155 million. In the Squad RPG subgenre, it ranked as the No. 2 top grossing title globally, behind Uma Musume Pretty Derby from Cygames at No. 1, which picked up $409.8 million, and above Heaven Burns Red from Wright Flyer Studios at No. 3, which accrued close to $136 million. Analyzing the world’s top mobile titles featuring Gacha monetization, the title ranked No. 17 for global revenue. 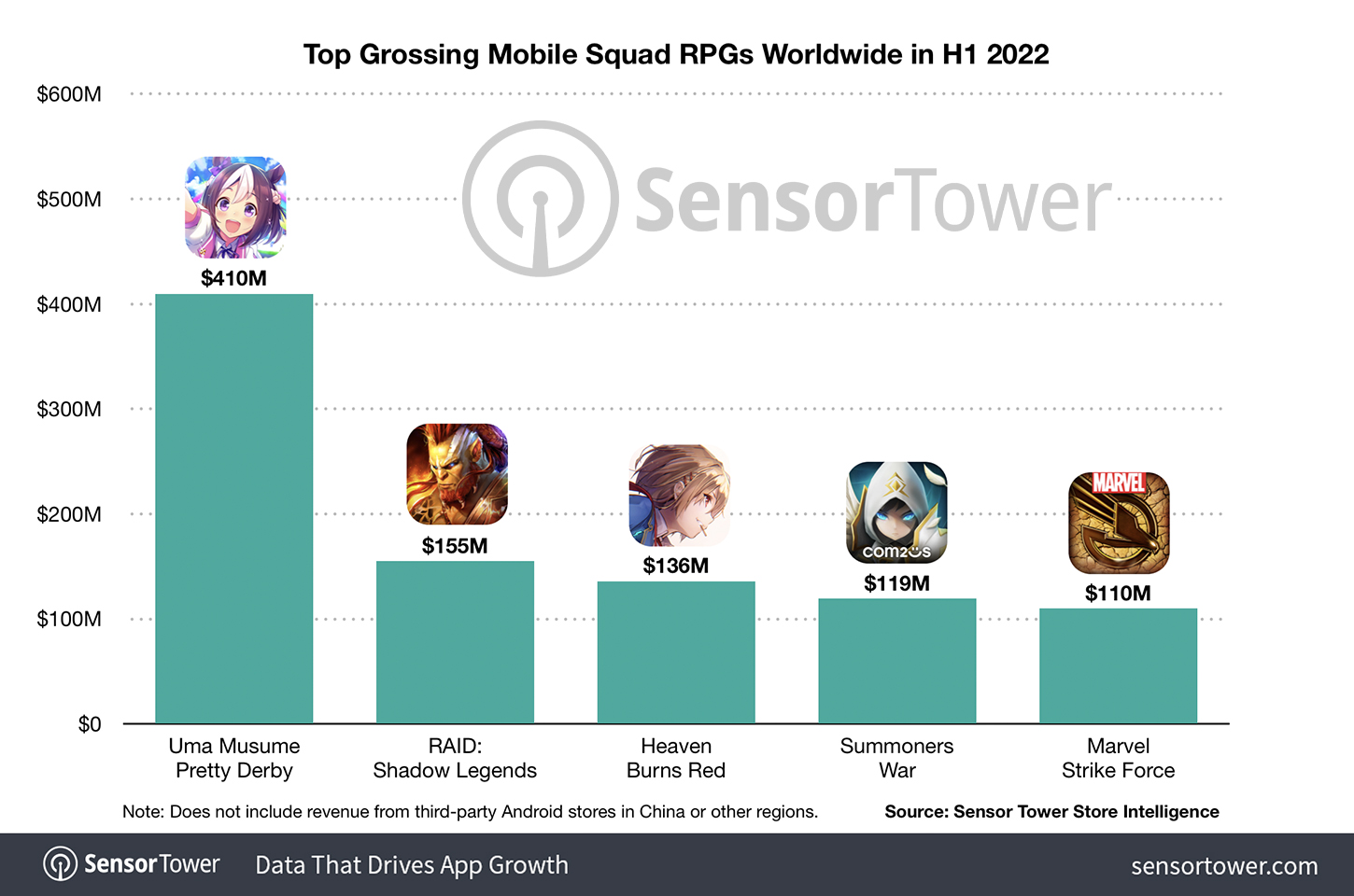 RAID: Shadow Legends joins an ever-growing club of mobile games that have crossed the $1 billion milestone, which includes the likes of Honor of Kings and PUBG Mobile from Tencent, Candy Crush Saga from King, and Clash of Clans from Supercell, to name just a few examples. Titles released in 2019 that have since surpassed their first $1 billion include the likes of Call of Duty: Mobile from Activision, in partnership with Tencent’s Timi Studios, State of Survival from FunPlus, and Lineage 2M from NCSoft.

The United States ranks as the No. 1 revenue generating country for RAID: Shadow Legends, with the title generating $595.5 million in the country, or 59.4 percent of total player spending. Germany ranks No. 2 at 5.8 percent of revenue, while the United Kingdom ranks No. 3 at 4.5 percent.

Google Play accounts for the lion’s share of revenue, accumulating $594.6 million, or 59.3 percent of total player spending. The App Store, meanwhile, accounts for $408.5 million, or 40.7 percent.

When it comes to downloads, RAID: Shadow Legends has garnered 62 million installs worldwide to date. As with revenue, the U.S. also ranks No. 1 for downloads globally, racking up 15.3 million installs, or 24.7 percent of the total. Russia ranks No. 2 at 10.8 percent, while France rounds out the top three at 4.3 percent.

Google Play makes up the majority of downloads, generating 45.5 million installs to date, or 73.4 percent of the total. The App Store, meanwhile, accounts for 16.5 million downloads, or 26.6 percent.

Prior to the release of RAID: Shadow Legends, developer Plarium found much of its success in the 4X Strategy subgenre. Its most successful title was Vikings: War of Clans, launched in 2015, which has generated approximately $541 million from global player spending to date. The release of RAID, however, has transformed the studio into not just the RPG space, but the exclusive billion-dollar club. The title has continued to grow over the years, achieving a record $370 million in revenue during 2021, and it’s still going strong in 2022.