Reddit’s mobile app saw a considerable surge in usage a day after the 2022 edition of r/Place launched. On April 2, the app’s worldwide DAUs were up 25 percent year-over-year when compared to the same day in 2021. It exceeded even the “meme stock” buzz in early 2021, surpassing the average DAUs in the three-week period at the height of Reddit’s surge from January 21 to February 10, 2021 by 31 percent. 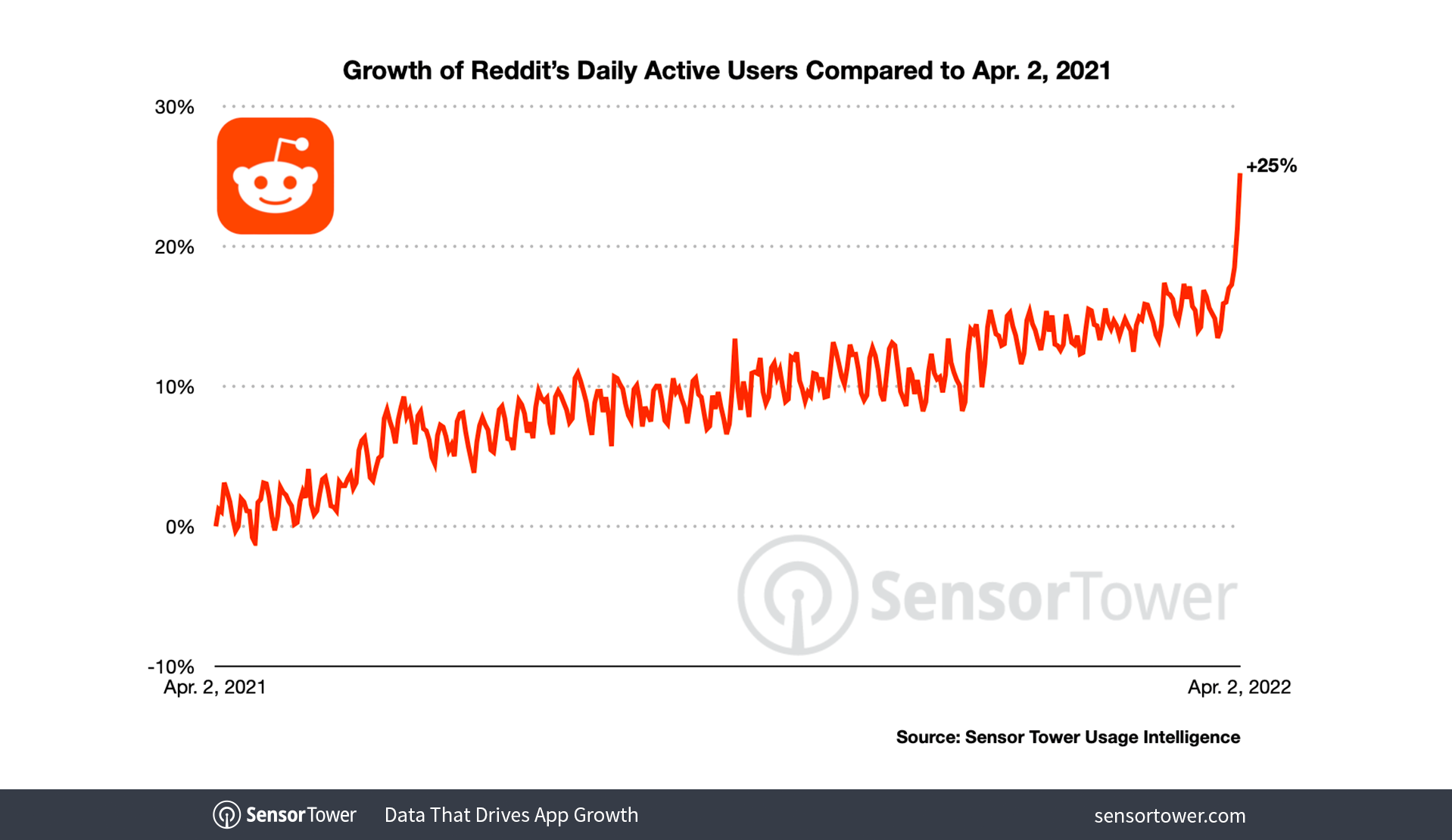 As the experiment draws to a close on April 4, the usage has likely climbed even more as the app’s installs have surged.

As of writing, Reddit’s app is ranked No. 1 among the top free iPhone apps in France, Belgium, and Turkey. This marks the first time the app has hit the top of the charts in those markets. The app is also in the top 100 in 54 other countries. 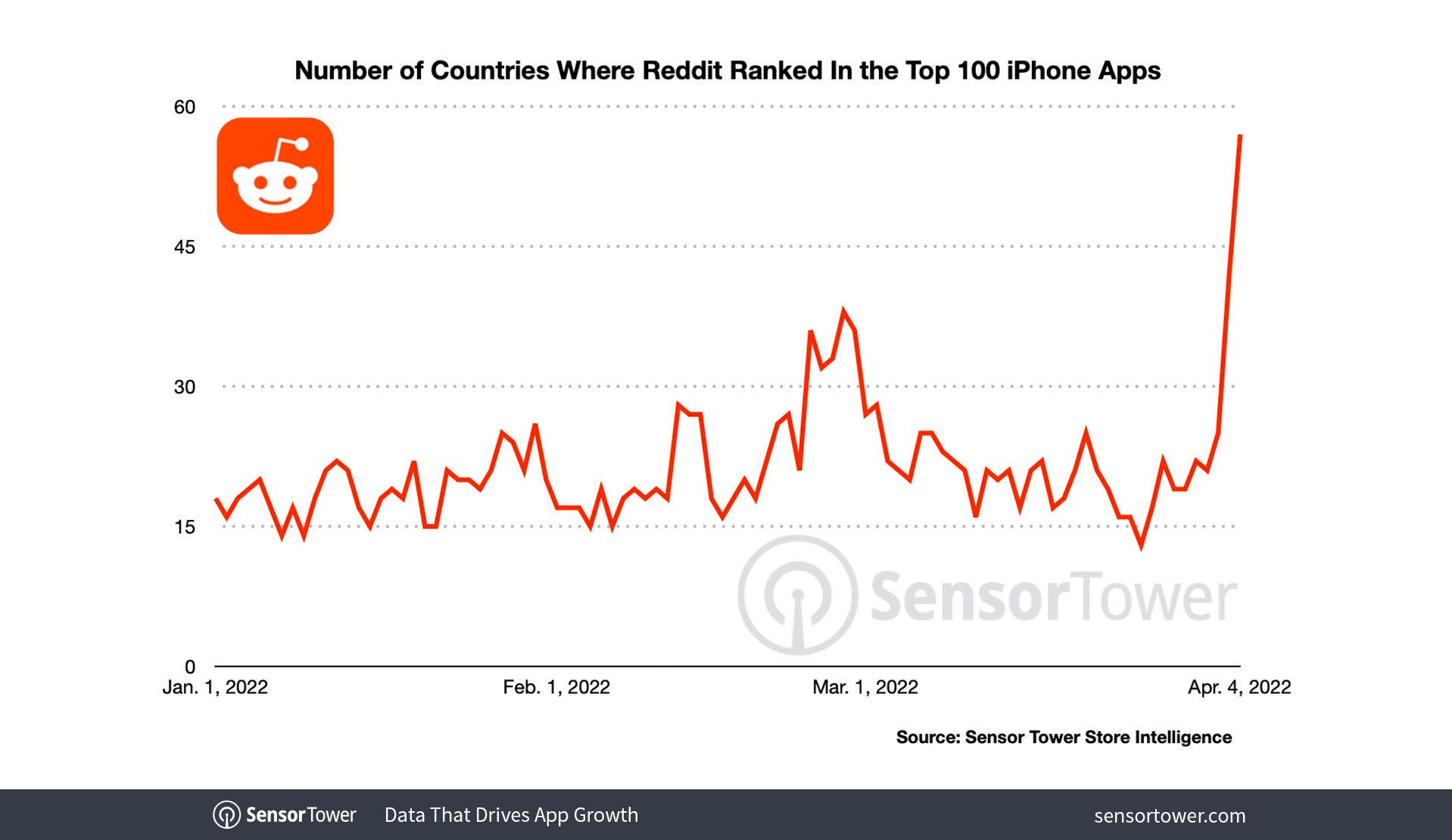 According to our preliminary estimates, Reddit has seen 612,000 installs in the first three days of April. This is up 17 percent from 523,000 in the previous three days from March 29 to March 31.

Reddit is exploring the possibility of going public this year, and the company could reportedly seek a valuation of $15 billion. The popularity of social experiments such as r/Place showcases how engaged the platform’s community is. As Reddit continues expanding its feature set—taking inspiration from Clubhouse and TikTok for social audio and short form video—highlighting the willingness of its audience to contribute user-generated content is crucial as a predictor for future success.