One element of App Store Optimization (ASO) involves creating effective screenshots and analyzing what seems to be working for your competitors. So in this post, we will take you through the research process by using the top grossing racing games as an example.

As of today, these are the top 5 grossing iOS apps on the US App Store. Let's take a closer look at the screenshot strategies of these publishers. 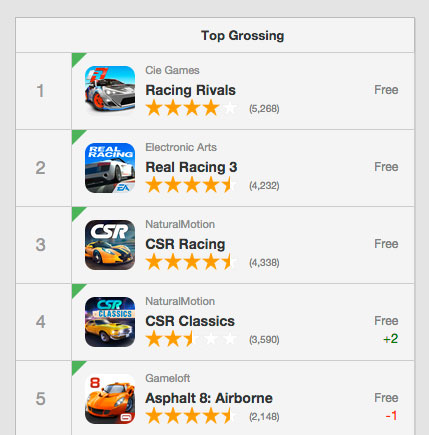 Before We Get Started, Keep This In Mind

Just like with other elements of App Store Optimization and app marketing, you need to understand that this is just one piece of the puzzle. It can be easy to focus only on screenshots and conclude that they are the primary reason that an app gets a lot of organic downloads.

While screenshots are important, the truth is that they are only part of App Store Optimization. In addition, there may be other factors that have made these apps successful. Things like: a large advertising budget, amazing gameplay and viral success can all contribute to the top ranking of an app.

So as you read this post, we are not saying that these apps are only doing well because of their screenshots. The important things to understand are:

The first thing that we noticed was that all of the Racing Rivals screenshots are in landscape orientation. This makes sense for racing games because it can show a more a car or a race track.

The screenshots for this app are very well done. Each screenshot features cars that people would want to race and provides text that tells you why the game is fun. For example, the first screenshot emphasizes that you play against other players and not a bot. 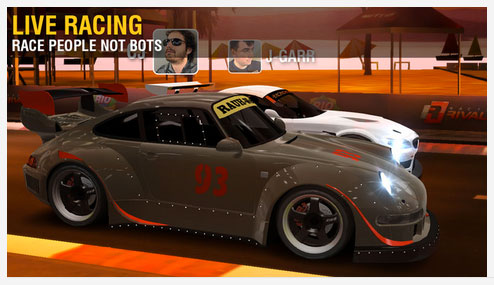 The iPad version of the app uses the same screenshots, but they are resized to fit the iPad.

Electronic Arts has not changed the screenshots for Real Racing 3 since February of 2013. They are either very happy with the screenshots or it is not a high priority for them.

Whatever the case may be, they are very well done. The graphics are beautiful and there is text that helps people understand why the game is exciting. 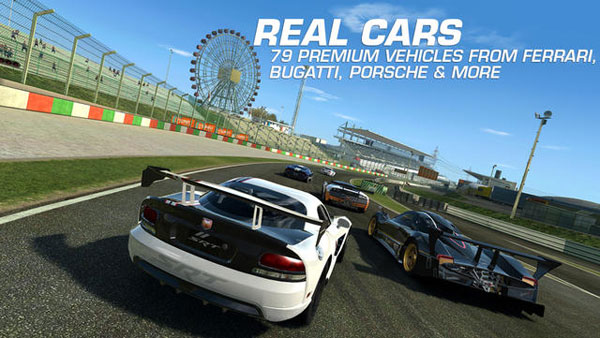 NaturalMotion has not changed the screenshots for this game since May of 2012. Unlike Racing Rivals and Real Racing 3, CSR Racing does not use explanatory text in their screenshots. 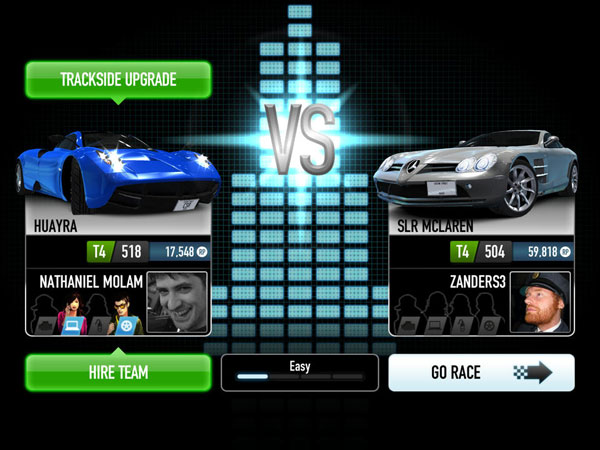 The same screenshots are used for both iPad and iPhone. Here is an iPhone example. 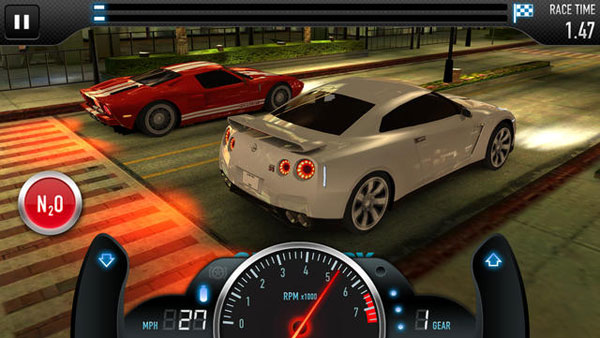 If NaturalMotion did want to improve their screenshots, they might consider adding text explanations to them.

Interestingly, the screenshots for CSR Classics do contain text. When we looked at our Update Timeline for this game, the previous versions of the screenshots were exactly the same, except they didn't have any text.

Therefore, we can expect CSR Racing to get a similar update soon. This also shows that adding text is probably a good strategy.

The graphics for this game are amazing. Here is the first screenshot up close. 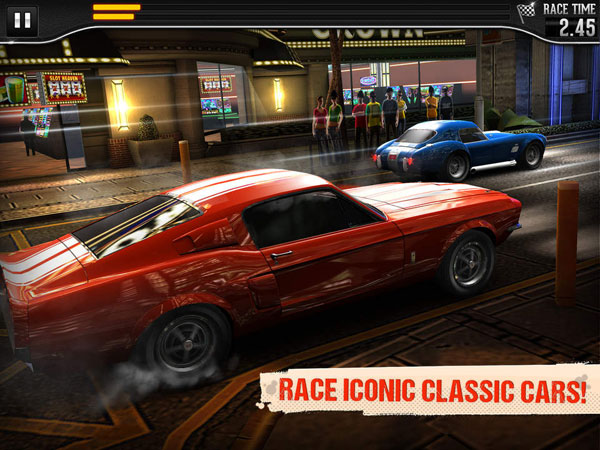 Just like with all of the other games above, the iPhone screenshots are the same as the iPad screenshots.

Gameloft made a couple of screenshot changes late last month. Nothing major like we saw with Racing Rivals, just small refinements to a solid set of screenshots.

As you have probably come to expect by now, the graphics in these screenshots are top notch and there is additional text that explains the benefits of the game. 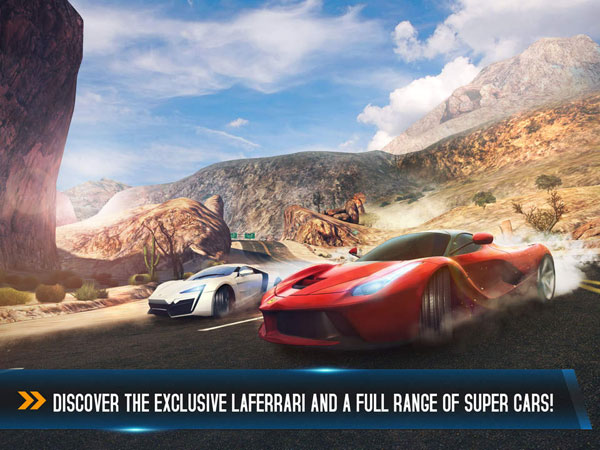 Yes, the iPhone screenshots are exactly the same as the iPad screenshots.

When you are trying to figure out what to include in your screenshots, take a look at what other top apps are doing. You can even view the localized screenshot changes of your competitors. Our Leaderboards are a great place to start.

Then track and test your screenshots to see if your new ideas are improving your downloads.

There was a definite pattern to screenshots in the racing games category. All of these top grossing apps used all available screenshot slots, used the same screenshots for both iPad and iPhone and almost all of them had text explanations of why the game is fun.

The first screenshot in each example was presumably the best feature of the game and all of these screenshots are beautiful. They also all use pictures in landscape orientation.

If you want to learn more about App Store Optimization, be sure to take our free course.

What have you discovered about your competitor's screenshots? Let us know in the comments below...