Shein has seen a spike in adoption in the second quarter of the last three years as summer sales drove increased consumer demand. The app saw 6.8 million installs in the U.S. last quarter, the most it’s ever seen in the market. This was up 13 percent Q/Q and more than triple the installs seen three years ago in Q2 2019 when Shein hit approximately 2 million. 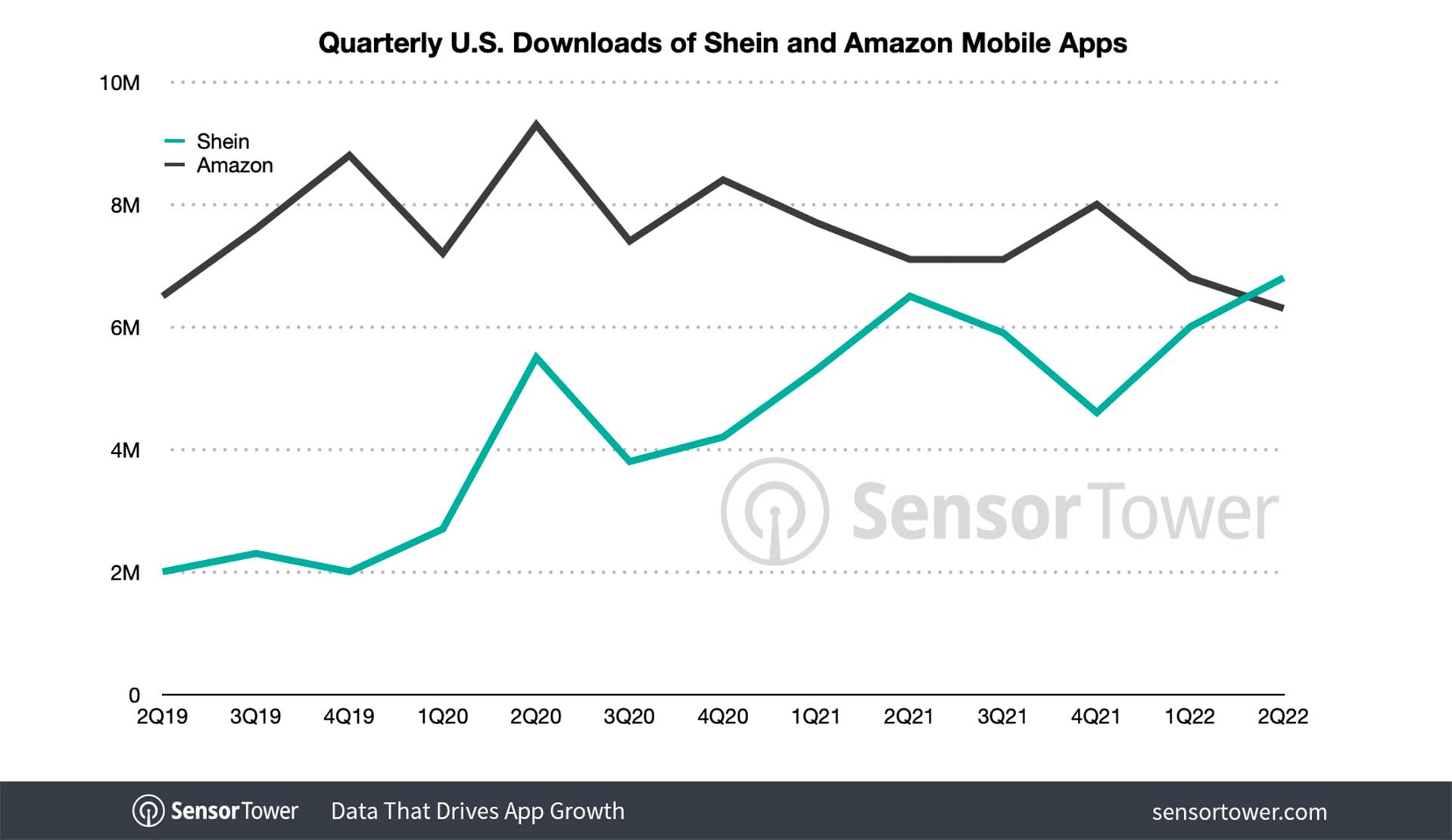 Amazon Still Boasts Triple the Audience in the U.S.

Although U.S. adoption has perhaps slowed for Amazon’s mobile app, its average monthly active users (MAUs) were triple that of Shein’s in 2Q22. However, Shein is growing its U.S. audience and closing the gap each year. In 2Q20, Amazon had nearly nine times the MAUs, a ratio that shrank to four times in 2Q21.

Over the last three years, Shein has seen consistent quarter-over-quarter growth. Its average number of active installs in the U.S. had grown 436 percent last quarter when compared to 2Q19. 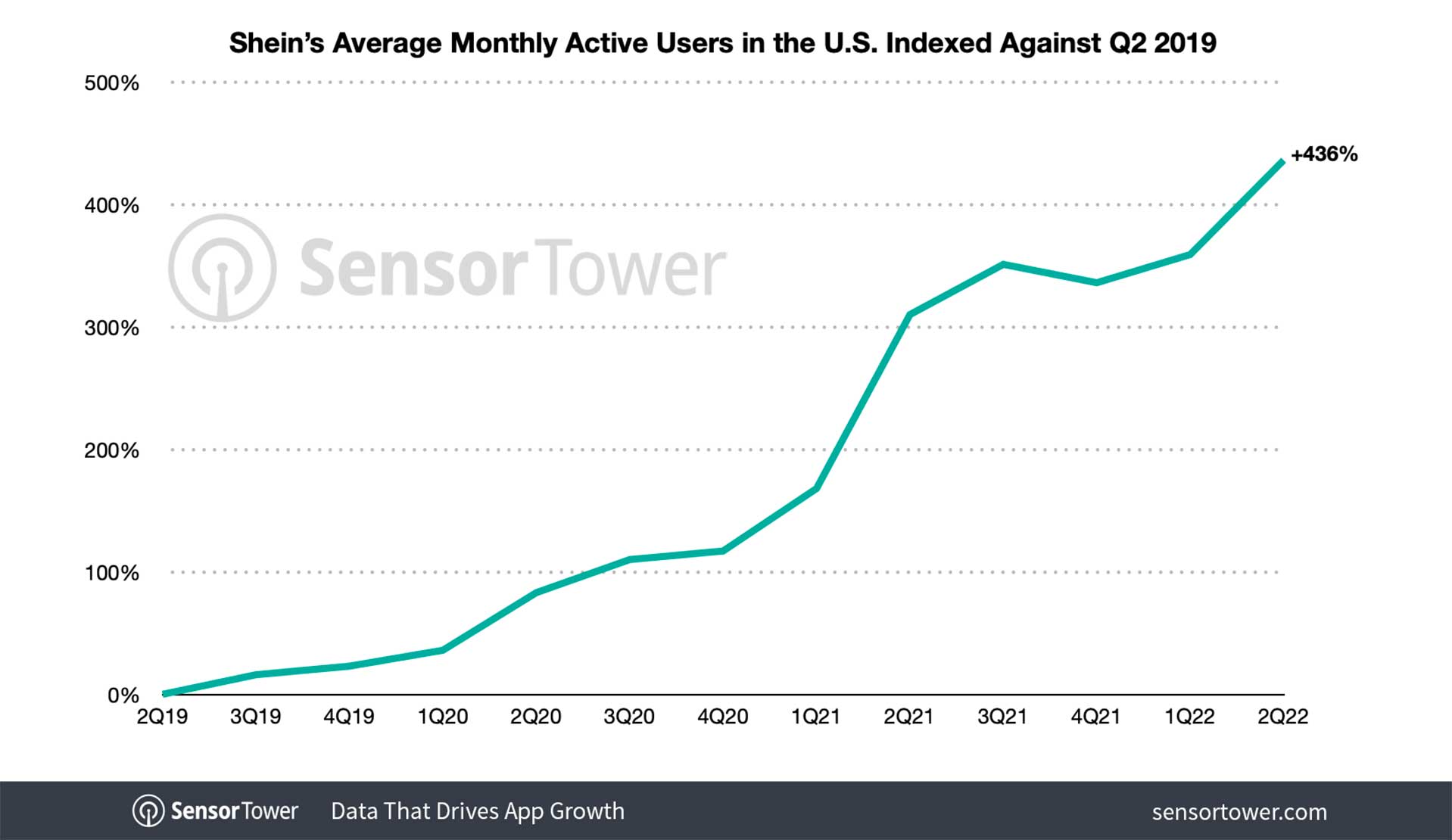 The U.S. is Shein’s largest market by lifetime installs; U.S. consumers are responsible for 14 percent of Shein’s 525.3 million worldwide downloads or a little more than 74 million. However, the No. 2 market, Brazil, has seen the most installs from a single country every quarter since Q4 2020. Last quarter, the app saw approximately 10.7 million installs from Brazil’s App Store and Google Play, up 15 percent Q/Q from 9.3 million.

Shein has seen approximately 68.3 million lifetime installs in Brazil, or about 13 percent of the lifetime total.

Amazon Will Likely Keep Its Crown

Amazon will likely retain its lead in terms of monthly active users—partly because of its diverse offerings from groceries to home goods and audio books. However, Shein has made impressive strides in building its audience in the U.S. and abroad, and it is the closest mobile app going head-to-head with the retail giant at the moment.