Sensor Tower Store Intelligence data reveals that Snapchat saw a 55 percent week-over-week increase in first-time U.S. app installs across the App Store and Google Play for the seven days following its recent redesign. This growth comes despite a dramatic increase in the volume of negative user ratings for the app, as well as headline-making social media backlash to the changes. 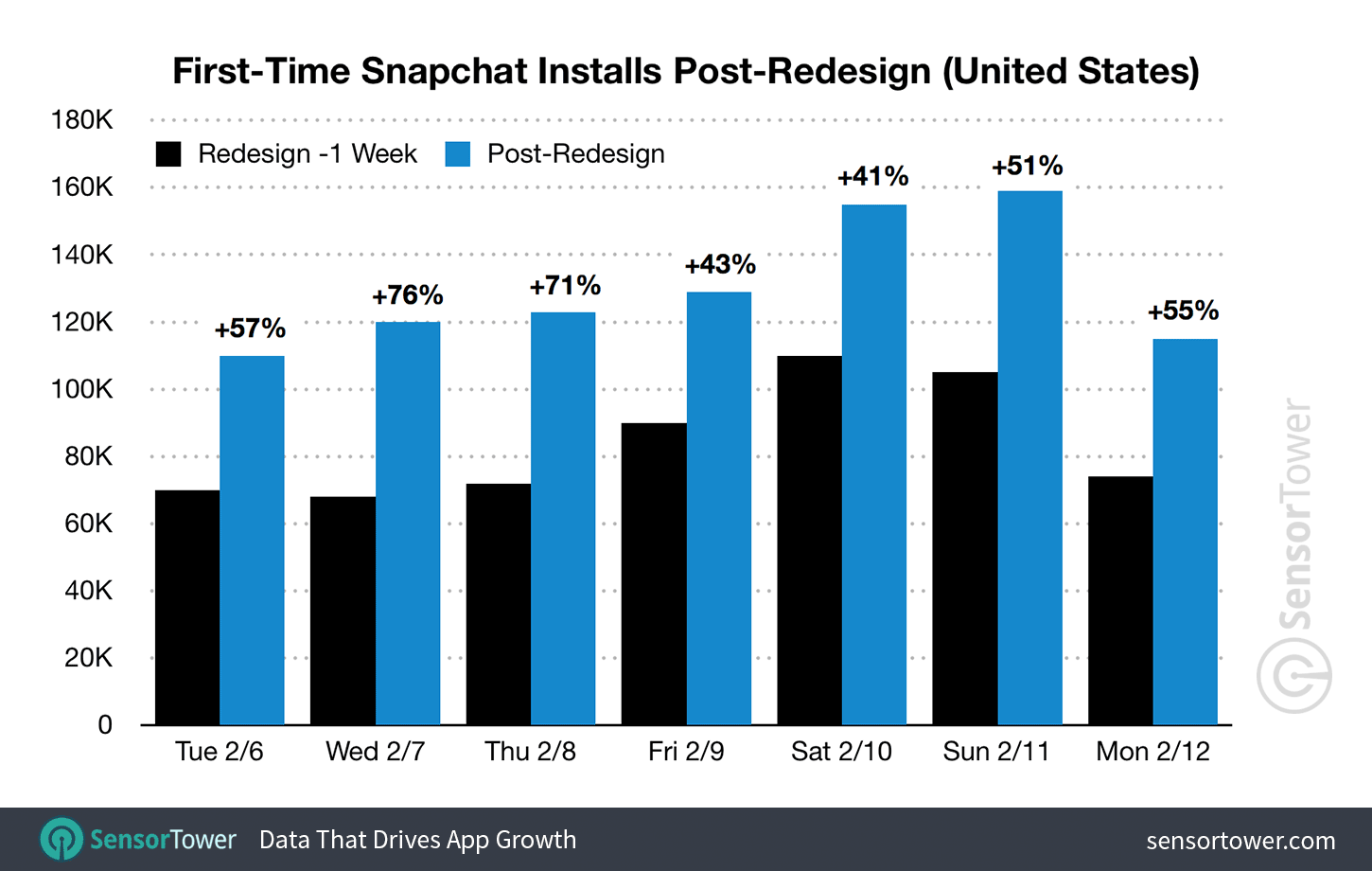 A the chart above illustrates, new installs of the app increased a minimum of 41 percent over the same day a week earlier on Saturday, February 10, and as much as 76 percent on Wednesday, February 7. Overall, first-time installs increased from approximately 589,000 for the period of January 30 through February 5 to about 911,000 for the period of February 6 through February 12, a difference of 322,000 more installs. Note that these are unique installs and do not factor in re-installs of the app or installs to multiple devices by the same App Store or Google Play user account.

Before the redesign went live, Snapchat had nearly dropped out of the U.S. iPhone top 10 for free apps, something that has only happened three times since 2014. Today, the app is ranked No. 5 overall.

Last summer, we looked at Snapchat's declining new installs in the face of competition from Facebook's Instagram, which turned up the heat on Snap's creation by integrating most of its once-unique features. While this new surge in interest can be viewed as a net positive in that light, the verdict is out on whether these new users were drawn in by the promise of an easier-to-navigate app or simply a desire to see for themselves what this polarizing update is all about.