This year’s Super Bowl might not have taken place at the newly minted Crypto.com Arena in Los Angeles, but cryptocurrency apps were nevertheless in the spotlight. Sensor Tower Store Intelligence data reveals that, among the mobile-first brands advertising during the Big Game, three out of the top five were crypto apps.

Despite the prevalence of crypto among mobile-first brands, however, traditional brands outspent them when it came to advertising on over-the-top (OTT) video platforms Peacock, Paramount+, and Hulu according to Pathmatics data.

Coinbase, eToro, and FTX all saw surges in their installs from across the App Store and Google Play in the United States on February 13 when compared to the previous week’s daily average—and this boost grew even more on the following day. Of the three, Coinbase saw the biggest growth with its installs climbing 309 percent week-over-week on February 13 and 286 percent W/W on February 14. 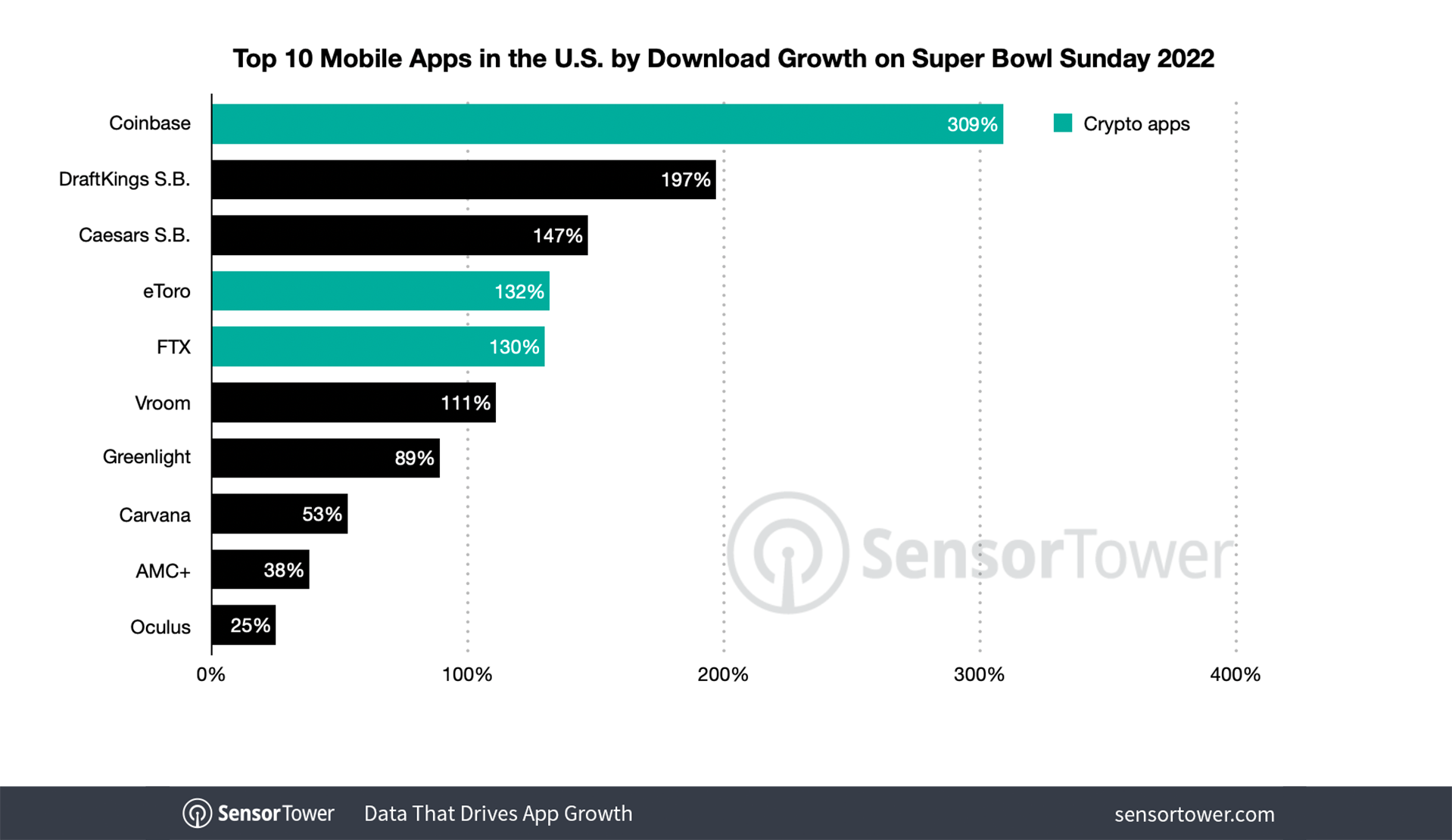 Sports betting apps DraftKings Sportsbook and Caesars Sportsbook rounded out the top five apps by install growth on the day of the Super Bowl.

The top 10 advertisers by spend on the three OTT platforms studied were mostly traditional brands and companies, with Weight Watchers topping the chart with approximately $1.4 million in marketing spend on those platforms. It was followed by Volvo and Nike, which spent more than $1 million and approximately $623,000, respectively.

Grocery tracker Basketful was the No. 4 brand by advertising spend with approximately $486,000 on marketing. The app enables users to create shopping lists and aims to track the inventories and prices at grocery stores, a particularly relevant functionality given the recent reports of items costing more. The top five advertisers were rounded out by Geico, which spent approximately $413,000 on the three OTT platforms. 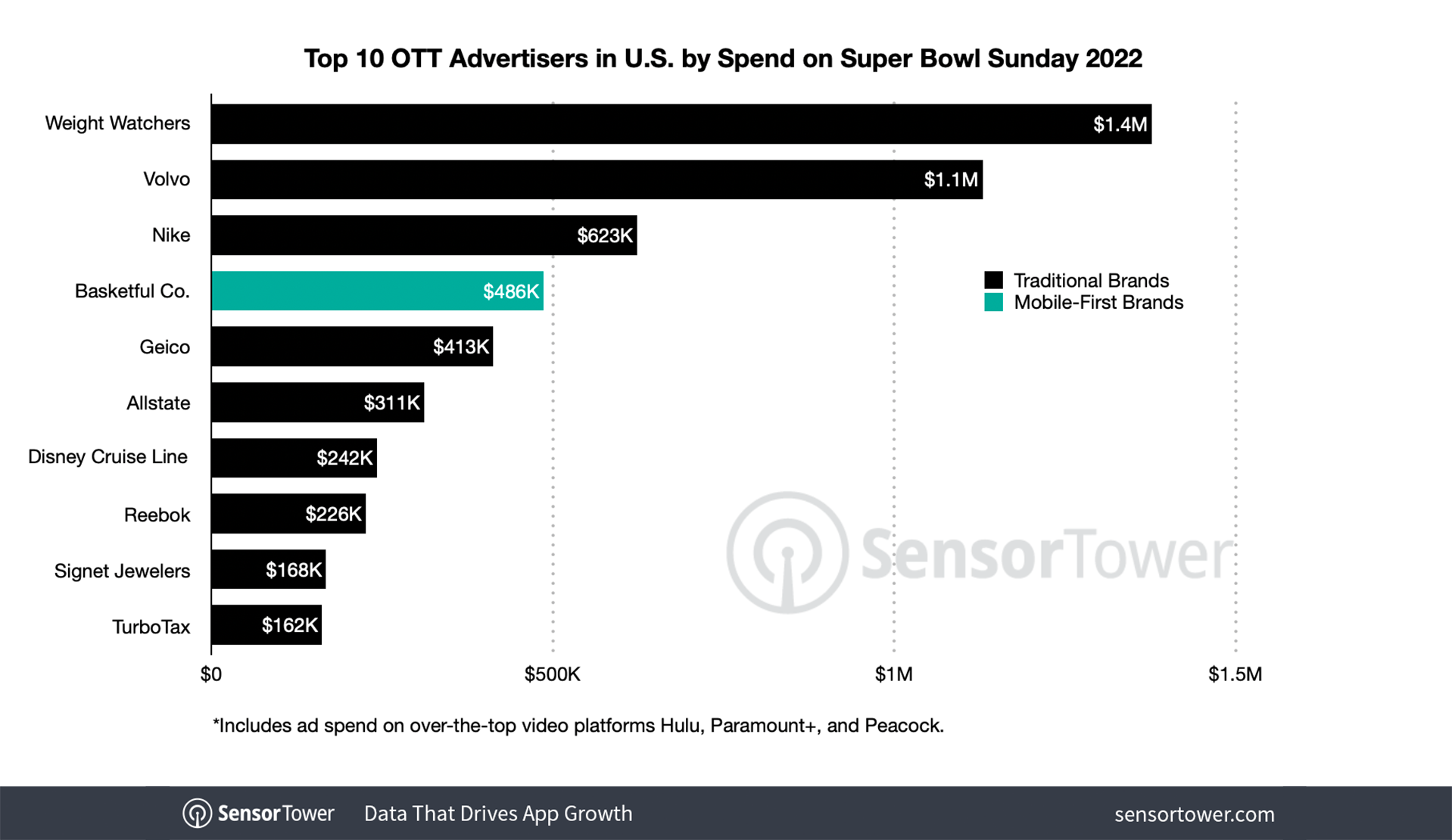 Aside from Basketful, other mobile-first brands didn’t completely eschew marketing on OTT platforms—dating apps Hinge and eHarmony were among the top advertisers on Hulu, Paramount+, and Peacock, as was WhatsApp, possibly driven by Meta’s attempt to increase its messaging app’s popularity in the U.S. However, only 11 of the top 100 advertisers on those platforms were mobile-first brands.

This year’s Super Bowl showed that traditional publishers are prioritizing OTT platforms, including those covered by Pathmatics, perhaps hoping to reach younger audiences that are more likely to use streaming services. Meanwhile, crypto apps saw an opportunity to make waves in the mainstream—notably, apps such as Coinbase and eToro weren’t targeting Peacock or Paramount+, indicating that they were hoping to reach an audience that might not be as in tune with the latest tech trends.