Even as mobile user behavior continued to normalize last quarter from the drastic shifts witnessed during early 2020, data shows that consumers are still turning to their devices for watching streaming video content more than ever before. Sensor Tower Usage Intelligence data reveals that the top mobile subscription video on demand (SVOD) apps in the United States saw an average of nearly 18 million monthly active users in Q1 2022, up 14 percent compared to Q1 2020 and 49 percent from Q1 2019.

The launches of popular new platforms such as Disney+, Peacock TV, and Discovery+ contributed to the surge in average monthly active users (MAUs) seen by top SVOD apps in Q4 2019 and over the past two years. The addition of these new content providers, as well as increased content offerings by existing platforms, have led to a consistent upward trend in average MAUs even after the expected spike in usage during their launch months. 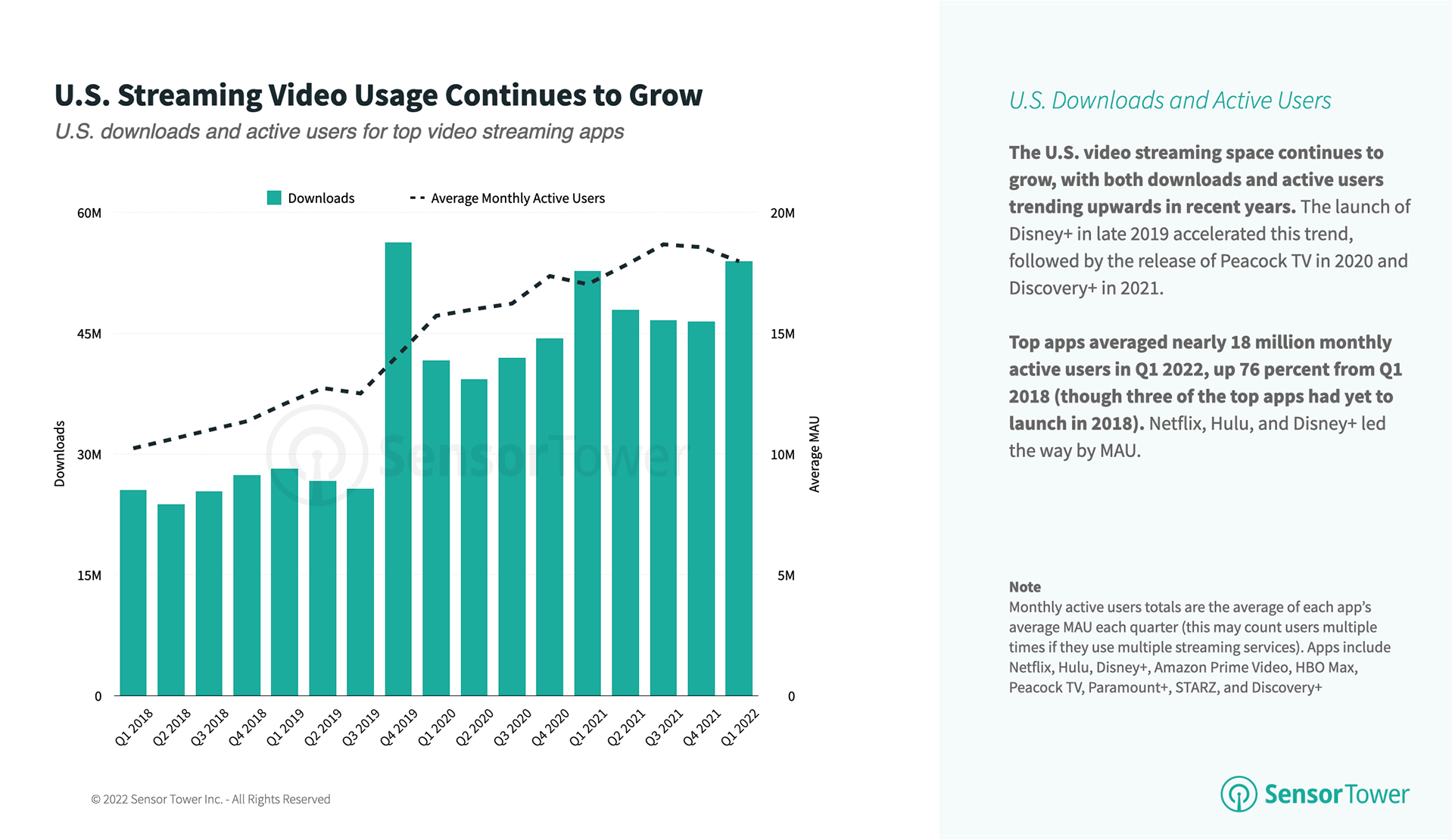 Netflix, Hulu, and Disney+ led the cohort as the top three most-used mobile SVOD apps in the U.S. in 1Q22.

The mobile video streaming space has grown increasingly more competitive, with SVOD services jostling not only with each other but also with free and ad-supported platforms such as YouTube and Twitch. As a result, publishers are seeking to appeal to audiences with large tentpole releases, original content, and even mobile games.

It will be telling to see the contents of Netflix’s earnings report tomorrow, as it’s one of the more established platforms in the space that has forayed into both experimental content as well as maintaining a more traditional raft of streamed videos. Sensor Tower’s Q1 2022 Data Digest has more insights on the performance of top apps and publishers last quarter, and we’ll be back later this week with more analysis on how the SVOD market has evolved over the past four years.