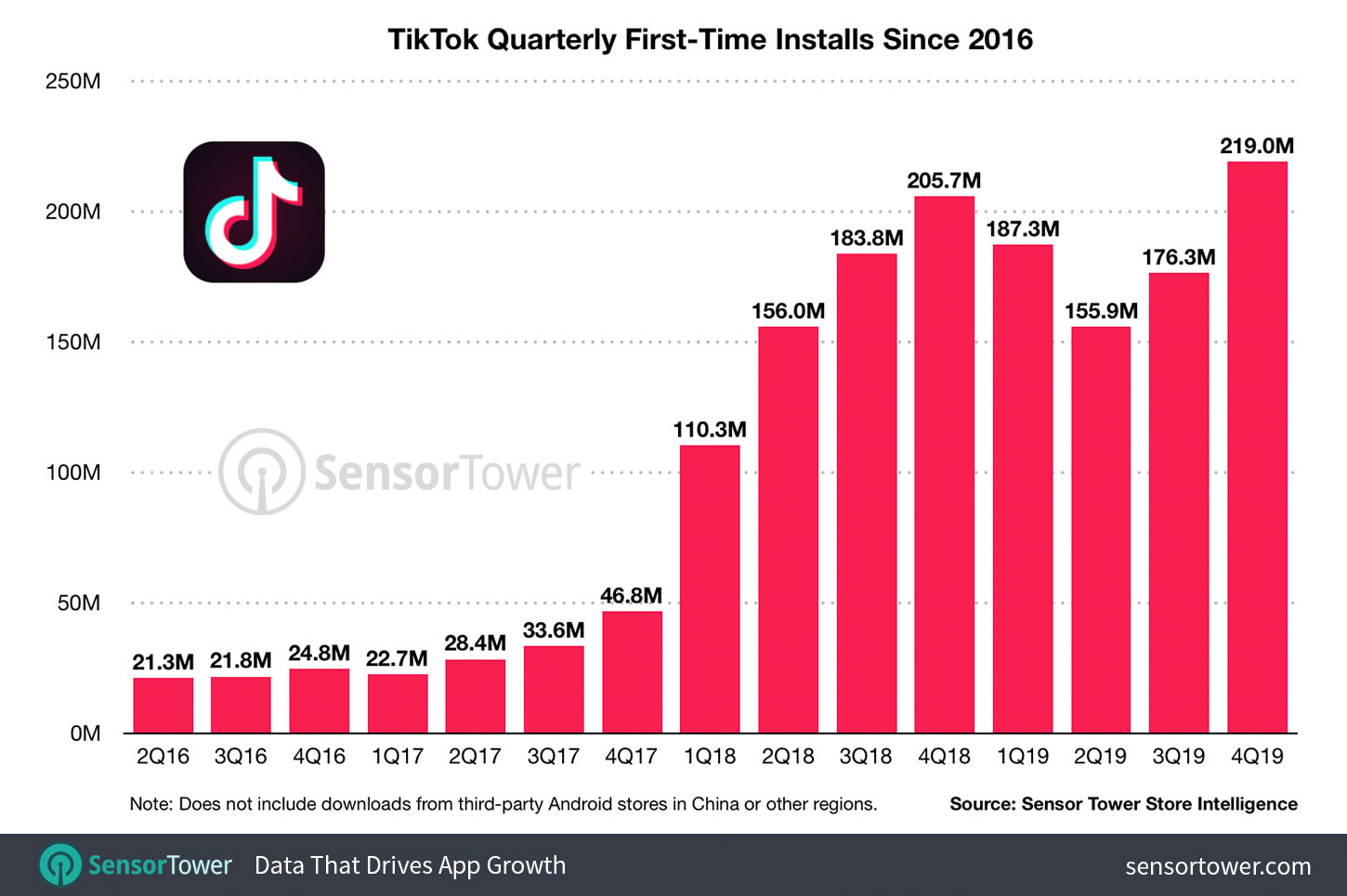 TikTok has clocked more than 1.65 billion downloads to date, with new users added in 2019 representing 13 percent year-over-year growth from the 655 million installs the app registered in 2018. Q4 2019 was its best quarter yet, with its 219 million installs representing 6 percent Y/Y growth from its previous best quarter of Q4 2018. TikTok was the second most-downloaded app across the App Store and Google Play globally last year, surpassed only by WhatsApp's 849 million downloads.

Despite having been banned in India in late April, that market still managed to lead the way for TikTok downloads in 2019 with 323 million installs, accounting for 44 percent of the overall figure, up from the 27 percent share it held in 2018 with 180 million installs.

In comparison, China was TikTok’s second largest market for 2019, representing 7 percent of all downloads—down from its 16 percent share in 2018—with nearly 52 million for that country's version, Douyin, while the United States accounted for 6 percent with close to 46 million. (Note that Sensor Tower does not track data from third-party Android stores in China or other regions.)

TikTok’s Most Successful Year for Revenue 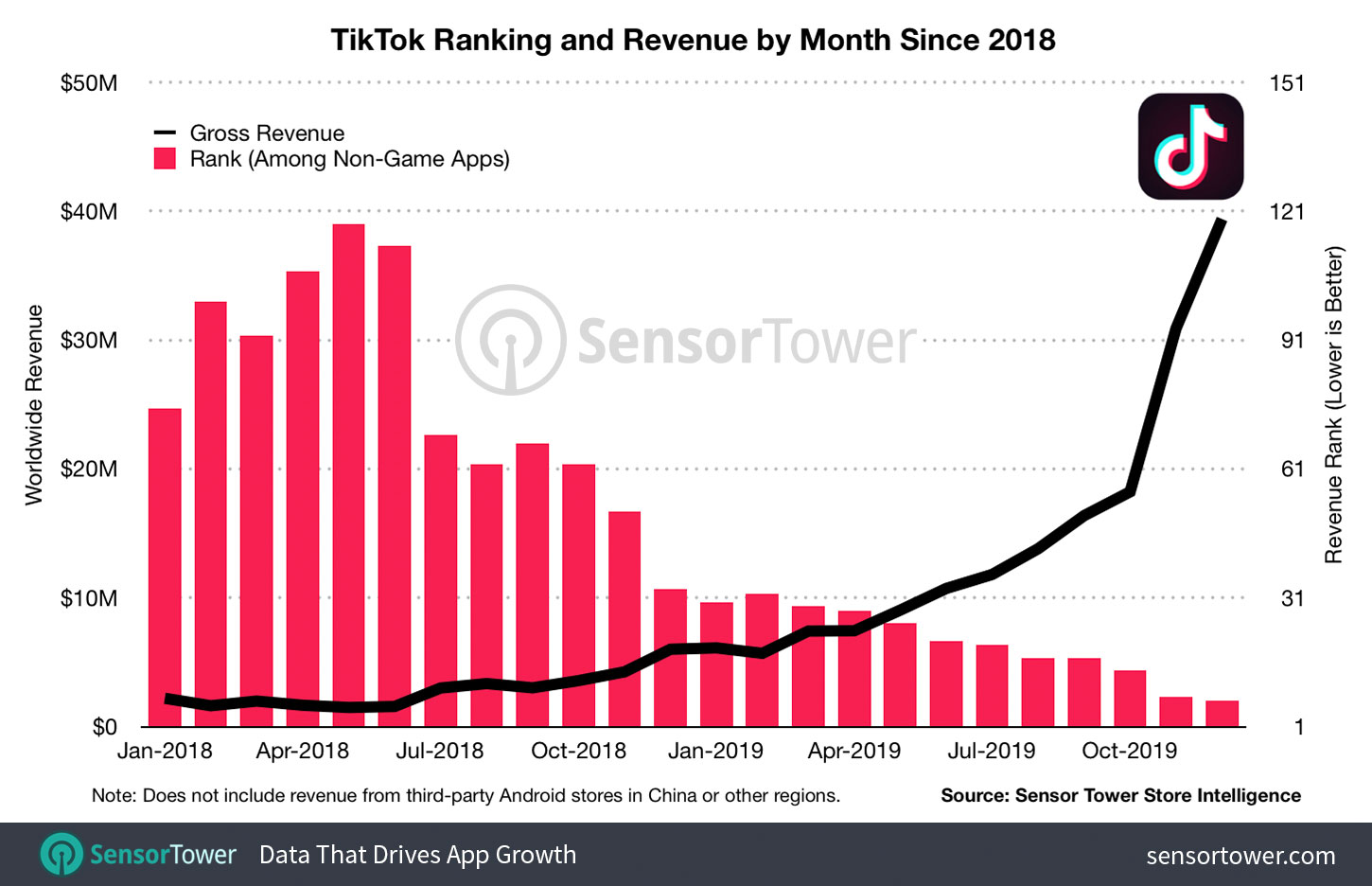 TikTok grossed $176.9 million in 2019—71 percent of its all-time total of $247.6 million. Q4 2019 was also the app's best quarter yet for user spending, with the $88.5 million that it earned that quarter equalling double the the previous quarter's gross, and six times that generated during the same quarter in 2018.

With the growth that ByteDance's social sensation has had especially within the past year, TikTok now has to contend with unique potential challenges—from privacy and security concerns to how it handles in-app purchases for young users. Nevertheless, 2019's figures show that those potential impediments don't appear to be affecting TikTok yet, as the app looks set to maintain its current growth, both in terms of downloads and revenue, into 2020.