Netflix was the top grossing SVOD app of 2018 with user spending of close to $965 million, which represents 92 percent growth from the previous year. The top SVOD apps worldwide by revenue in 2018 are listed above. App revenue estimates are from Sensor Tower’s Store Intelligence platform.

The next highest grossing SVOD app was Tencent Video, based in China, which accounted for close to 99 percent of its revenue for the year. The third top grossing app was iQIYI, followed by YouTube and Youku. 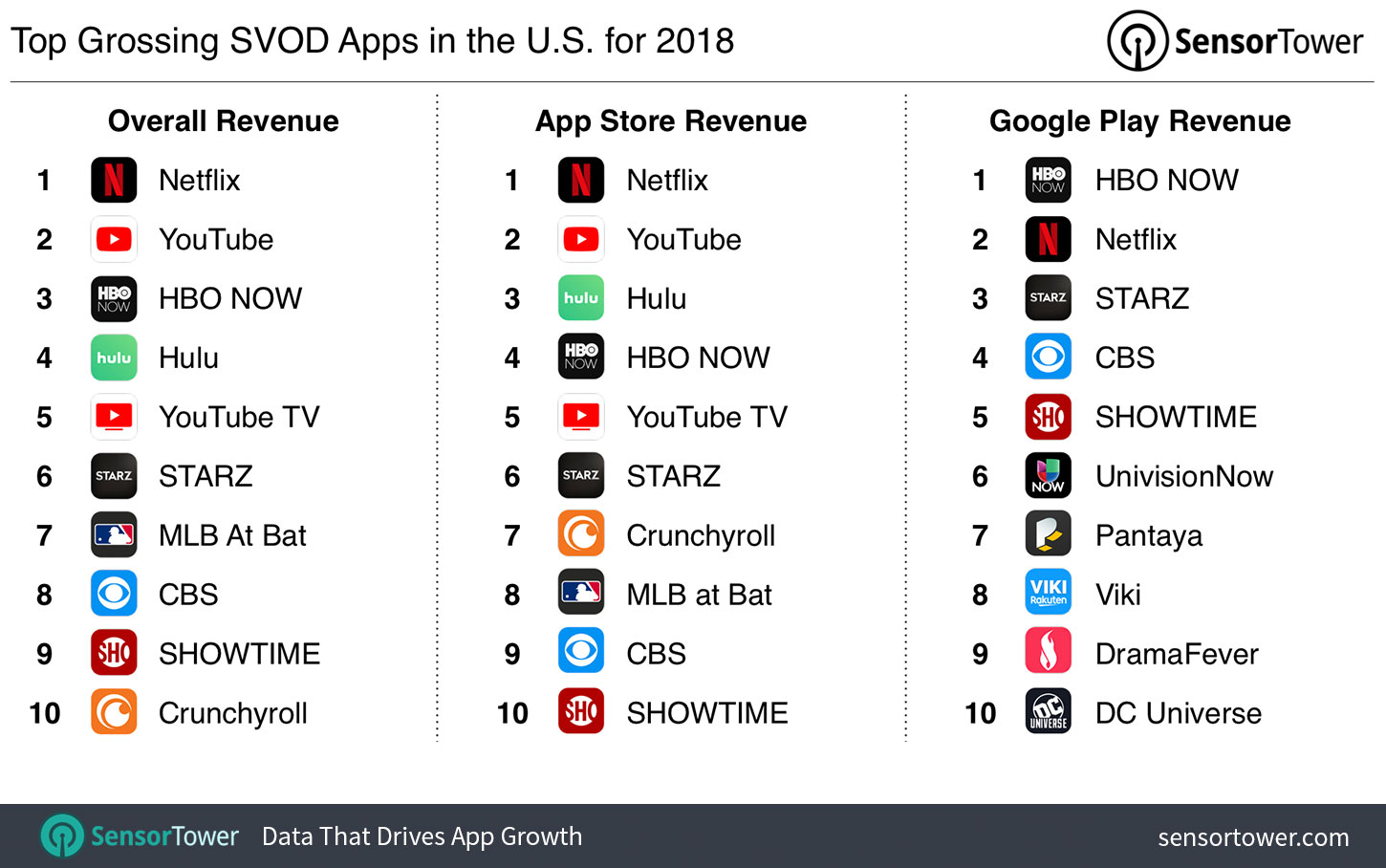 Netflix was also the top SVOD app in the U.S. for 2018 with more than $528 million in gross revenue. The next top app was YouTube, followed by HBO NOW, Hulu, and YouTube TV. The top five apps made up 85 percent of the revenue of the top 10 apps.

Store Intelligence users can see app revenue and app download estimates for the above apps in addition to historical performance metrics on the Sensor Tower platform. These rankings do not include app revenue from third-party Android stores. App revenue figures are gross amounts.