Tencent Video moved into contention with Netflix for the distinction of the world's highest-grossing iOS non-game app supporting in-app subscriptions last year, according to Sensor Tower Store Intelligence data. The app ranked No. 3 overall by this measure, behind IAC-owned dating app Tinder, having placed outside the top 10 at No. 14 in 2016.

Although available in other regions, Tencent Video derived nearly 100 percent of its revenue for the year from its home territory of China. There, it was the No. 1 non-game app overall by revenue on Apple's App Store.

Below are the full top 10 rankings globally and in the United States. 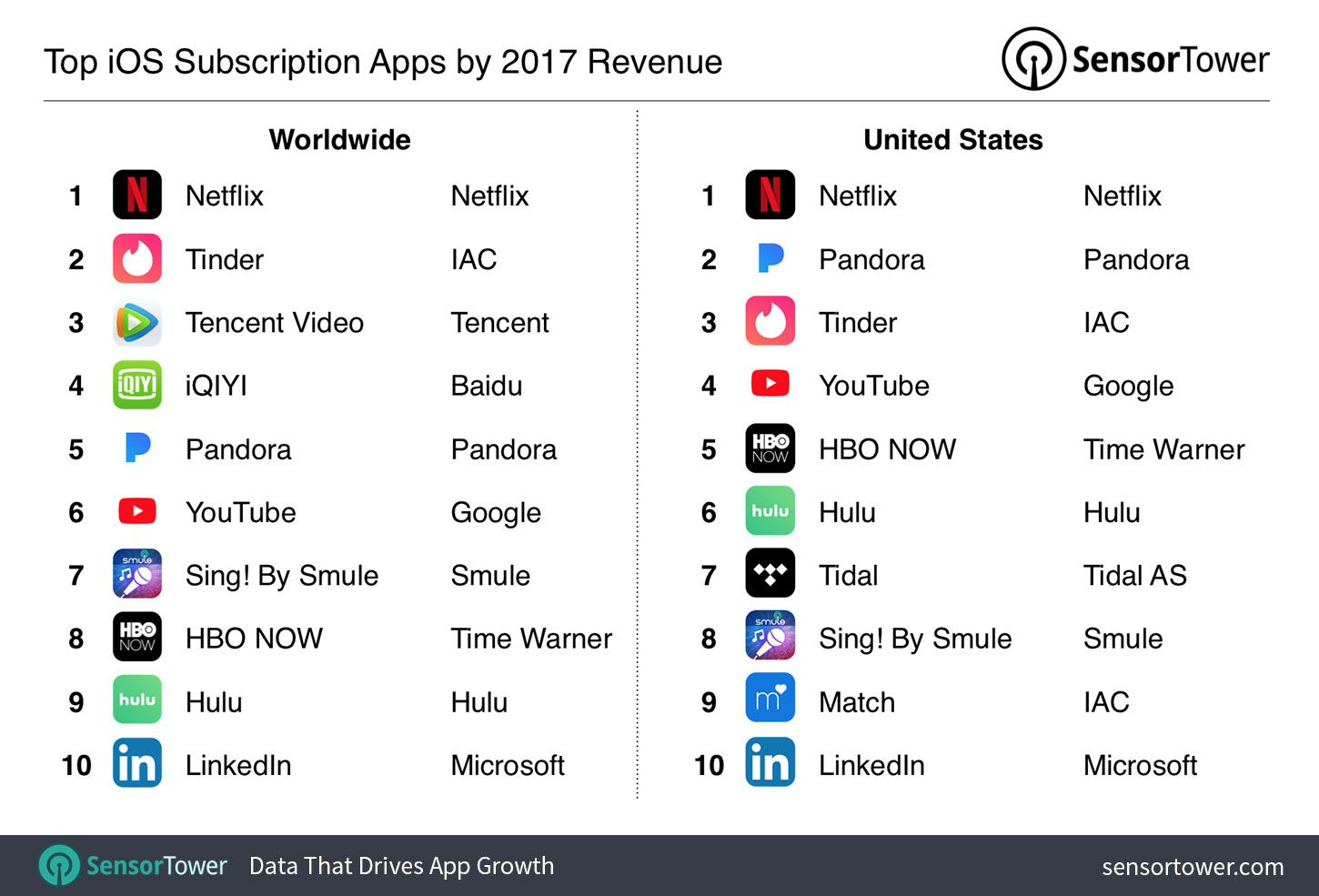 Owned by Chinese search giant Baidu, video streaming app iQIYI ranked just behind Tencent Video worldwide at No. 4, having ranked at No. 7 in 2016.

Unsurprisingly, eight of the 10 highest grossing subscription apps worldwide on iOS were video- or music-focused. Tinder and LinkedIn were the exceptions to the norm.

Spotify, which was the No. 7 grossing non-game iOS app overall in the U.S. and No. 10 worldwide for 2017, was not included in this ranking as it does not support Apple's in-app subscriptions.