The top marketplace shopping apps in the United States from 2015 to 2018 were Amazon, Wish, OfferUp, letgo, eBay, and Mercari. See details on app installs and their quarter-over-quarter change for each app in the chart below. App download estimates are from Sensor Tower’s Store Intelligence platform. 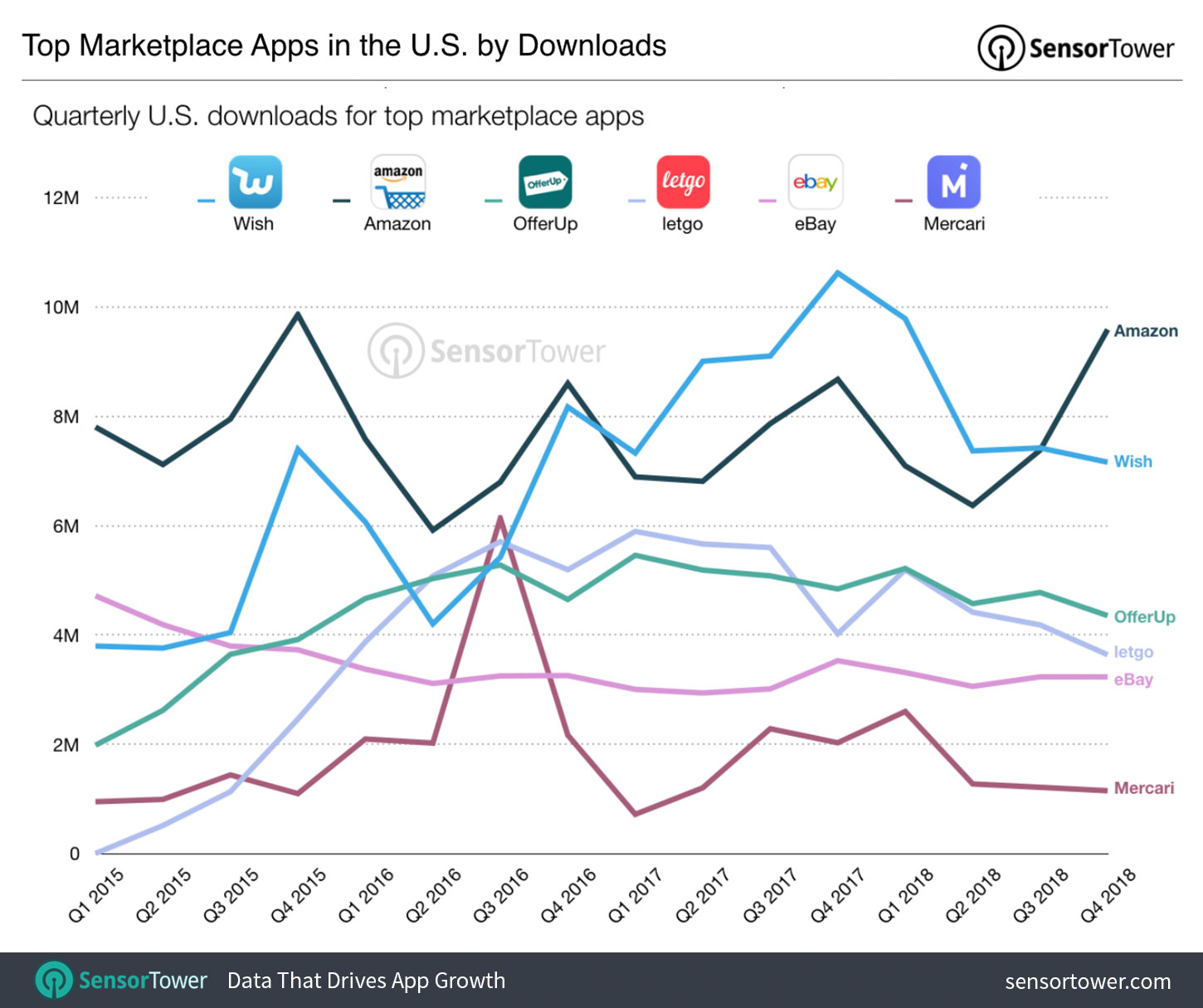 Wish surpassed Amazon for the first time in Q1 2017 and had more downloads each quarter until Q4 2018. Amazon had a great holiday season in 2018 to reach its best quarter for installs since 2015 in 4Q18. Japanese e-commerce app Mercari made a big push in the U.S. in Q3 2016. An app update, referral credits, and increased advertising helped the app to rank No. 2 for downloads in the quarter among marketplace apps.

Store Intelligence users can see app download estimates for the above apps in addition to historical performance metrics on the Sensor Tower platform. Our estimates include downloads for the App Store and Google Play in the U.S. between Jan. 1, 2015 and Dec. 31, 2018. Apple apps and Google pre-installed apps are excluded. We report unique installs only. Android estimates do not include third-party stores. Figures represent aggregate installs of all app versions, ex: Facebook and Facebook Lite.