Dragon Ball Z: Dokkan Battle from Bandai Namco had its highest earning month to date in February, catapulting the title to No. 3 on the global mobile gaming revenue charts, its best-ever placement on the ranking. In this report, we show how the world's highest grossing and most installed mobile games stacked up for the month of February 2019, based on Sensor Tower Store Intelligence data. 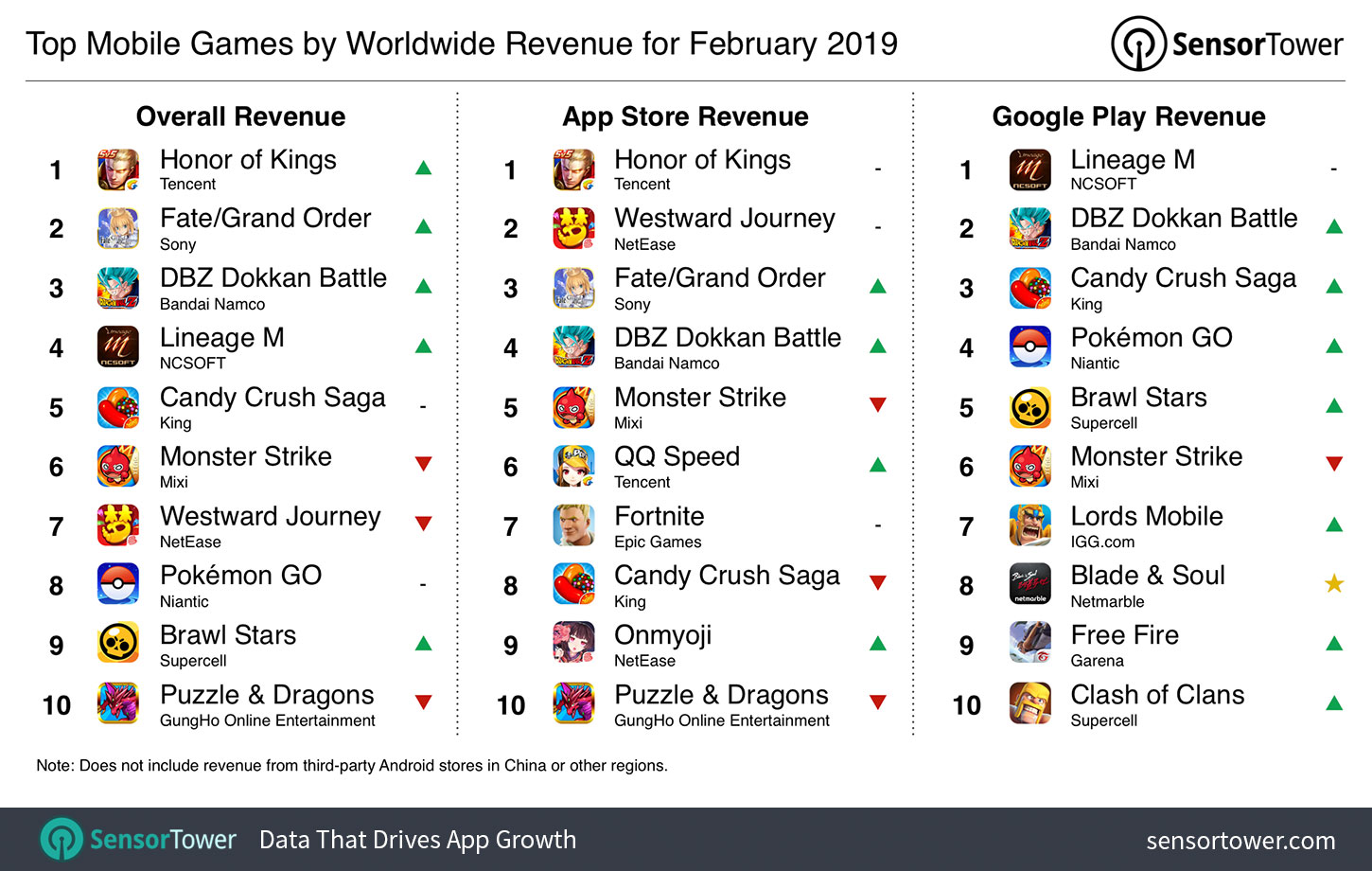 In addition to ranking No. 3 overall, Dokkan Battle jumped to No. 4 on Apple's App Store and No. 2 on Google Play. It had ranked No. 9 overall, No. 14 on iOS, and No. 6 on Android outside of China in January.

Elsewhere on the top grossing charts, Brawl Stars from Supercell improved its overall ranking over January, moving from No. 10 to No. 9, and climbed from No. 8 on Google Play to No. 5. Monster Strike from Mixi saw the most significant loss, dropping five positions to rank No. 6 overall last month, having placed first in January.

Blade & Soul from Netmarble was the only title to make any top 10 for the first time last month, debuting at No. 8 on Google Play. Launched in December, this new MMORPG has grossed more than $80 million so far in South Korea alone across both app stores. 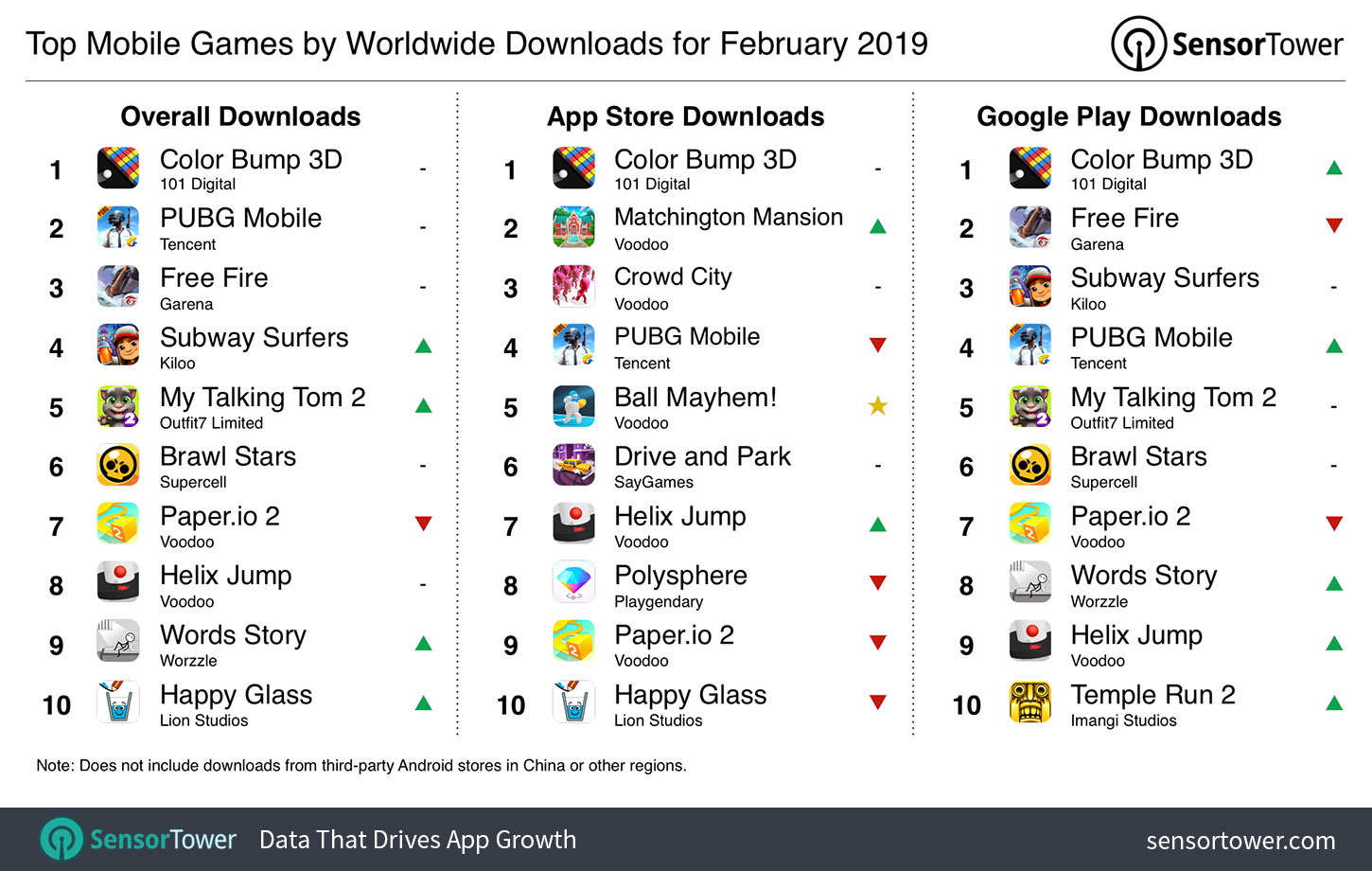 Looking at downloads, Matchington Mansion from Firecraft Studios was the biggest mover, springing to No. 2 globally on iOS after ranking No. 28 in January. The title added 6.6 million new users from the App Store last month, up from 2.4 million in January. Hyper-casual title Color Bump 3D from 101 Digital rose to No. 1 on Google Play, cementing it as the most downloaded mobile game across both app stores for the month.

See the top mobile games for January 2019 and check back this time next month for March 2019's leaders in the category.