The top grossing mobile game in South Korea for Q2 2021 was Lineage M from NCSOFT with more than $156 million in player spending across the App Store and Google Play, which represented 7.4 percent growth from Q1 2021. The full ranking of the top grossing mobile games in South Korea for Q2 2021 is above. Game revenue estimates are from Sensor Tower’s Store Intelligence platform.

Lineage 2M from NCSOFT was the second highest earning mobile game in South Korea for Q2 2021 with close to $99 million in gross revenue. The next top grossing game was Cookie Run: Kingdom from Devsisters, followed by Miracle Sword from 4399 Games, and Ni No Kuni: Cross Worlds from Netmarble.

Three Kingdoms Tactics from Lingxi Games, was released in February 2021 and entered the top 10 grossing rankings for the first time in Q2. The title generated more than $26 million during the last quarter, a rise of approximately 184 percent from Q1 2021.

South Korea’s mobile games market generated $1.37 billion in Q2 2021, up 20 percent year-over-year. Looking over the past two years, we saw an increase of 42 percent from Q2 2019. Although lockdowns were eased, player spending in South Korea shows a solid new baseline after the outbreak of COVID-19. 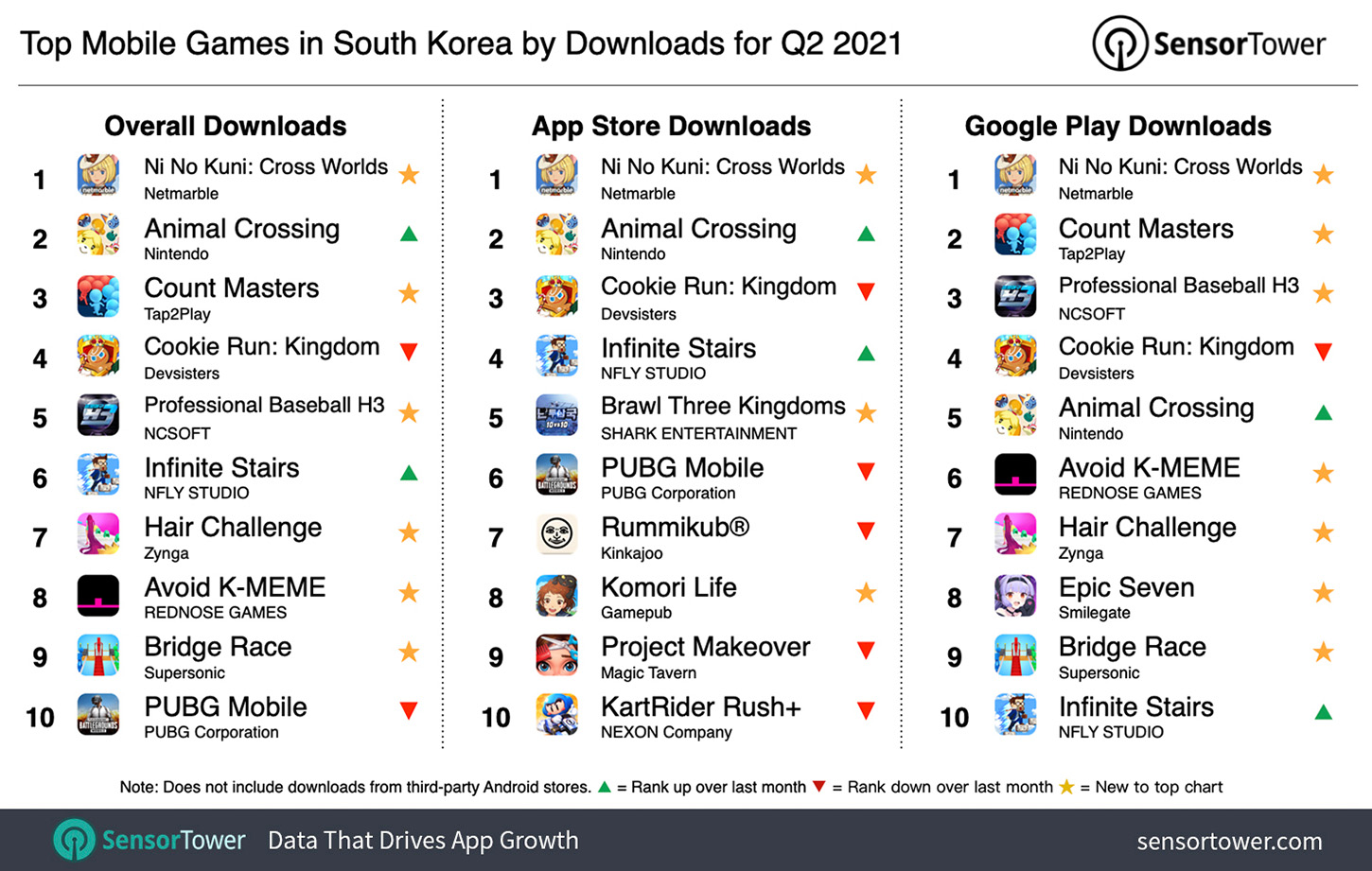 As one of last quarter’s biggest launches in APAC, Ni No Kuni: Cross Worlds accumulated more than 1.8 million installs in South Korea and was the most downloaded mobile game for Q2. Animal Crossing: Pocket Camp from Nintendo was the second most downloaded mobile game in South Korea last quarter with 1.1 million installs, which represented 330 percent growth from Q1 2021.

The full top 10 ranking of mobile games in South Korea by downloads for Q2 2021 is above.

Store Intelligence users can see app revenue and app download estimates for the above apps in addition to historical performance metrics on the Sensor Tower platform. Our revenue estimates are from the App Store and Google Play between April 1, 2020 and June 30, 2021 and represent gross user spending. Apple apps and Google pre-installed apps are excluded. We report unique installs only. Android estimates do not include third-party stores. Figures represent aggregate installs of all app versions, ex: Facebook and Facebook Lite. 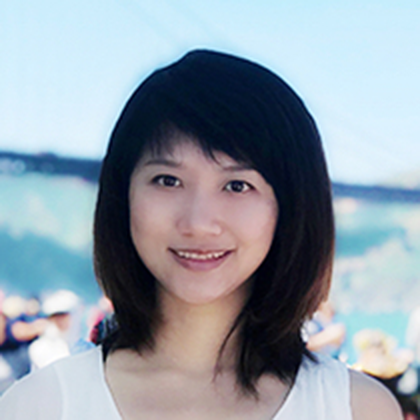