The third post in our series of Q3 2019 Data Digest excerpts looks at the top mobile publishers worldwide last quarter. Facebook was the highest ranking publisher in Q3 2019 with close to 682 million first-time installs. The full ranking of the top 20 publishers by downloads for the quarter is below. The download estimates presented in this chart are from Sensor Tower’s Store Intelligence platform.

The mobile publisher with the second most app downloads worldwide in 3Q19 was Google with more than 677 million new installs. The third highest performing publisher by downloads was Say Games, followed by Voodoo and Good Job Games. 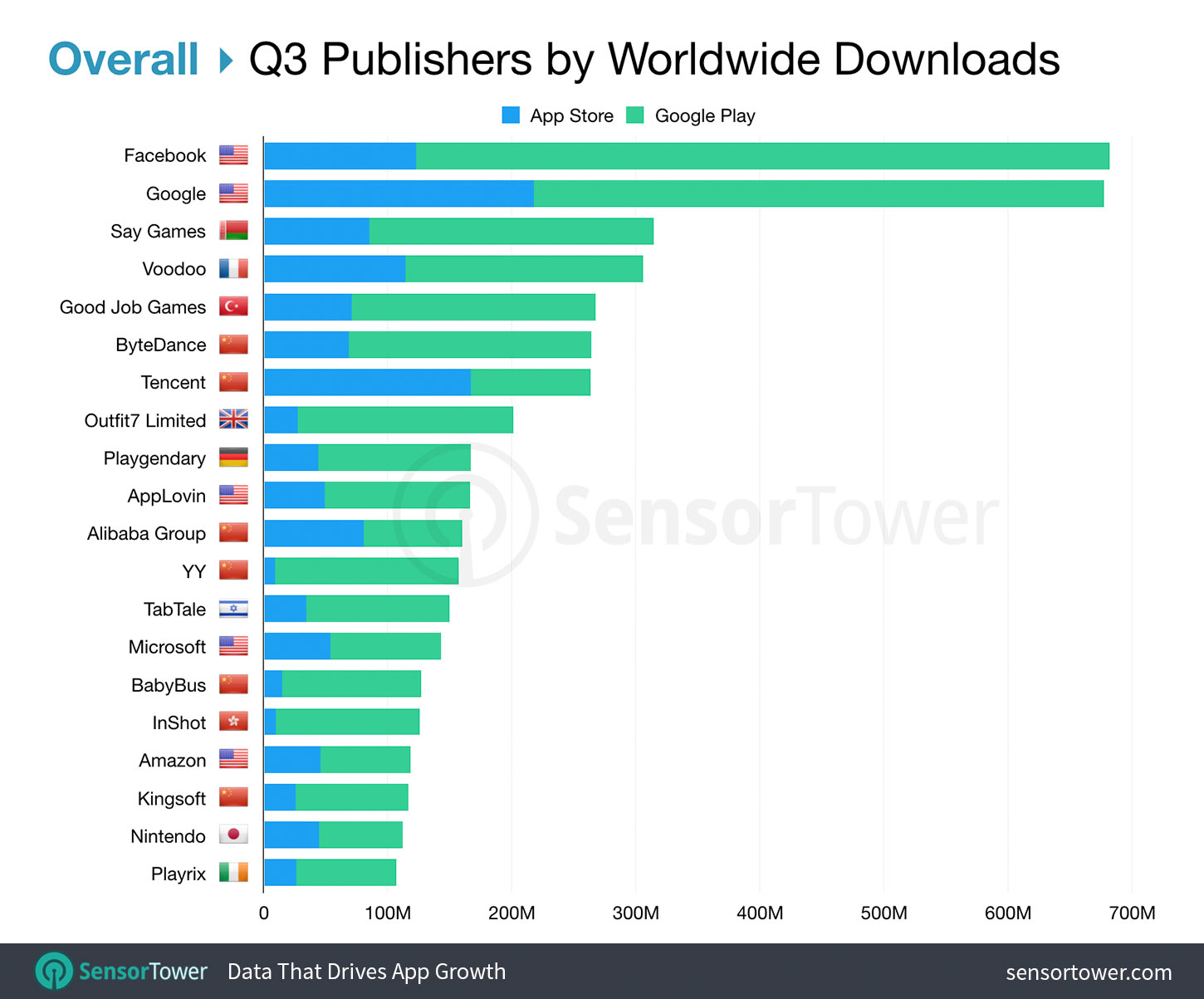 Google had the most first-time App Store downloads in Q3 2019 with close to 218 million installs, followed by Tencent, Facebook, Voodoo, and Say Games. 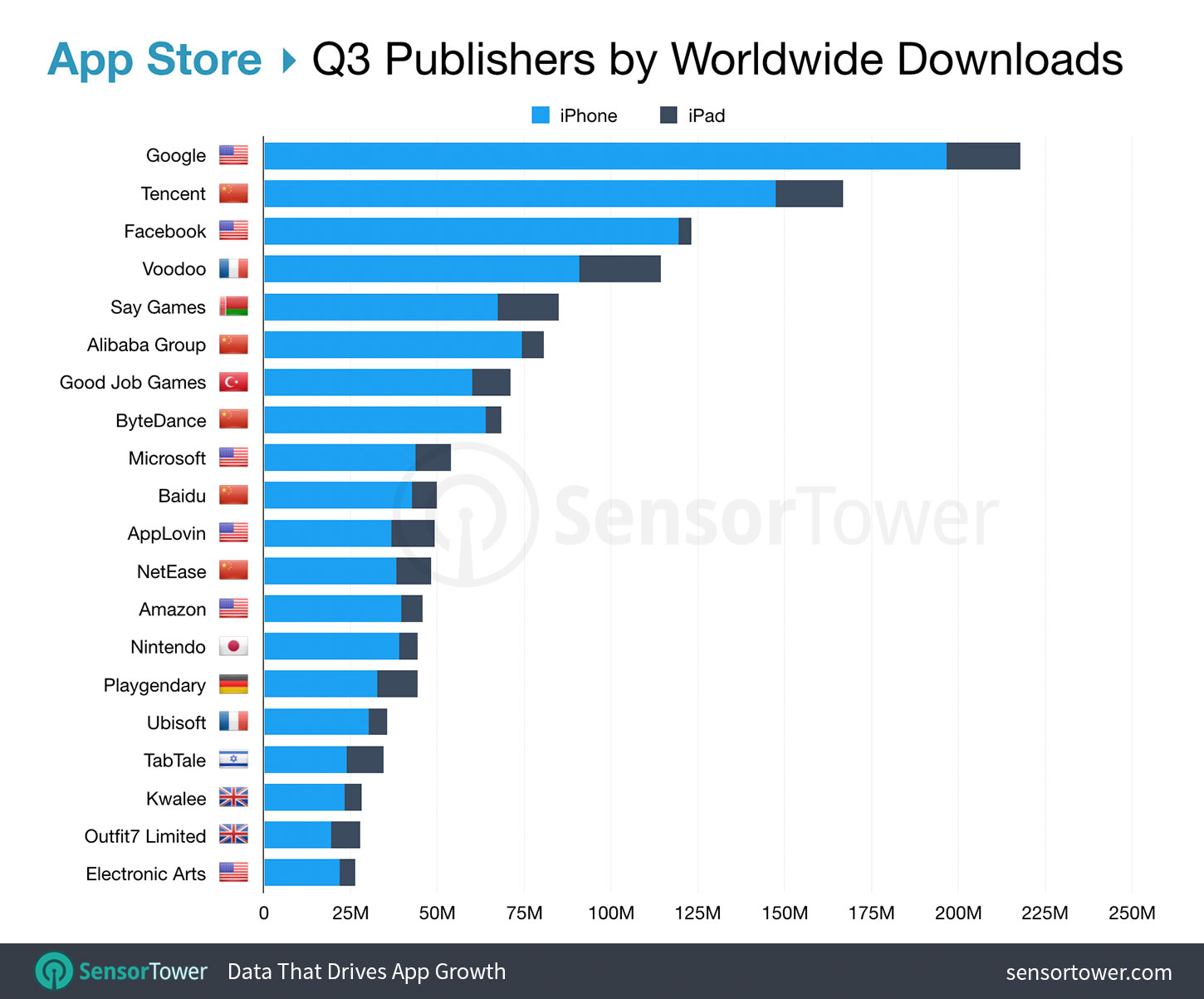 Facebook was the highest ranking publisher by app downloads on Google Play worldwide for 3Q19 with close to 559 million installs, followed by Google, Say Games, Good Job Games, and ByteDance. 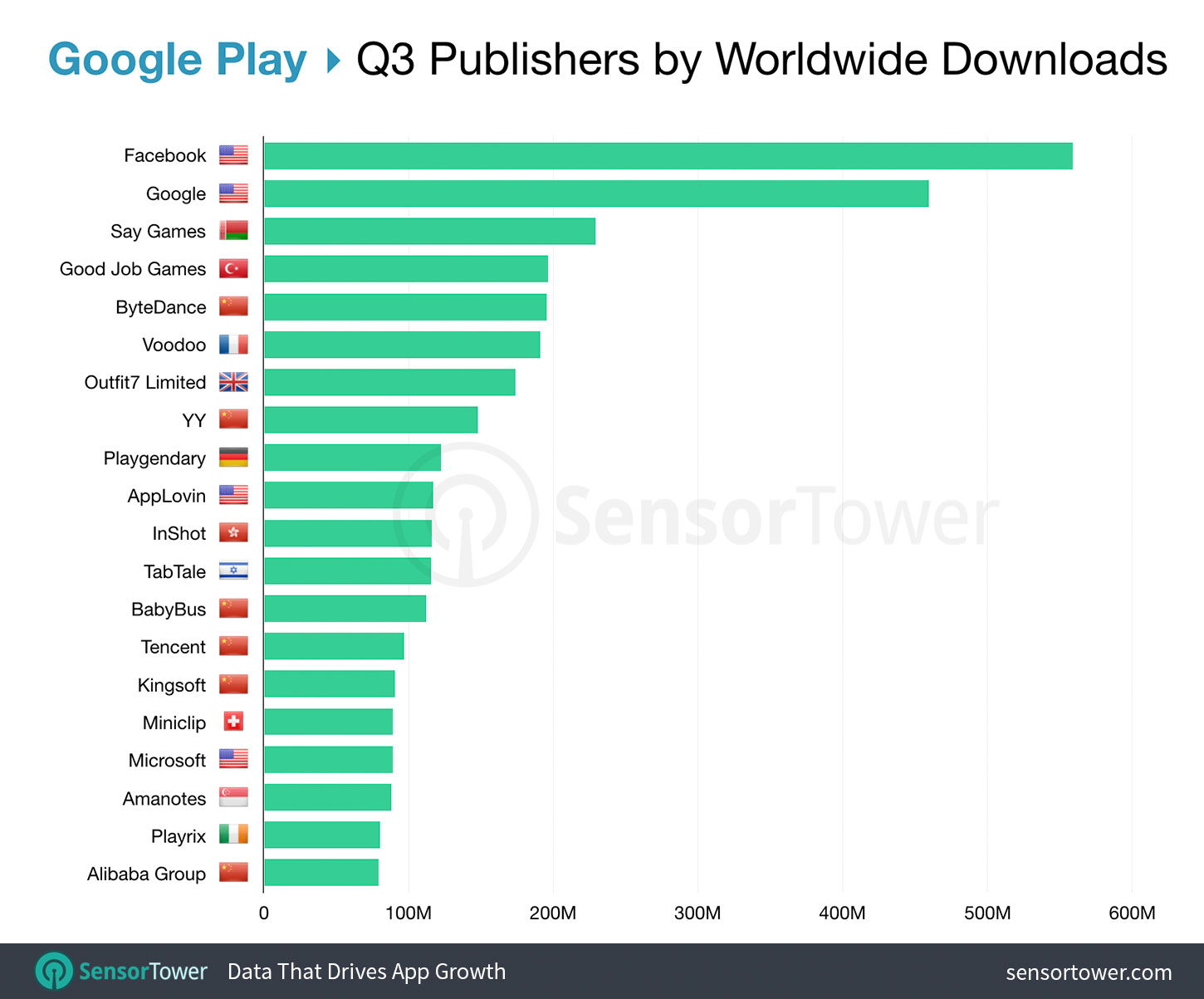 China had six publishers among the top 20 by downloads on Google Play, led by TikTok publisher ByteDance. Tencent, Kingsoft, and Alibaba moved into the top 20. YY acquired BIGO Technology earlier this year and was the No. 8 publisher last quarter. HAGO and BIGO's video apps Likee and BIGO LIVE drove most of its installs in Q3.

Store Intelligence users can see revenue and download estimates for the above publishers in addition to historical performance metrics on the Sensor Tower platform. Our estimates include worldwide downloads for the App Store and Google Play between July. 1, 2019 and September 30, 2019. Apple apps and Google pre-installed apps are excluded. We report unique installs only. Android estimates do not include third-party stores. Figures represent aggregate installs of all app versions, ex: Facebook and Facebook Lite.