The top new app worldwide in 2018 by downloads was Helo, a social media app for India which launched in June 2018 and reached more than 60 million installs. Developed by TikTok maker ByteDance, it had 18 million downloads in October alone and was India’s third largest app that month in terms of new installs. The full ranking of the top new apps by worldwide downloads last year is below. App download estimates are from Sensor Tower’s Store Intelligence platform. 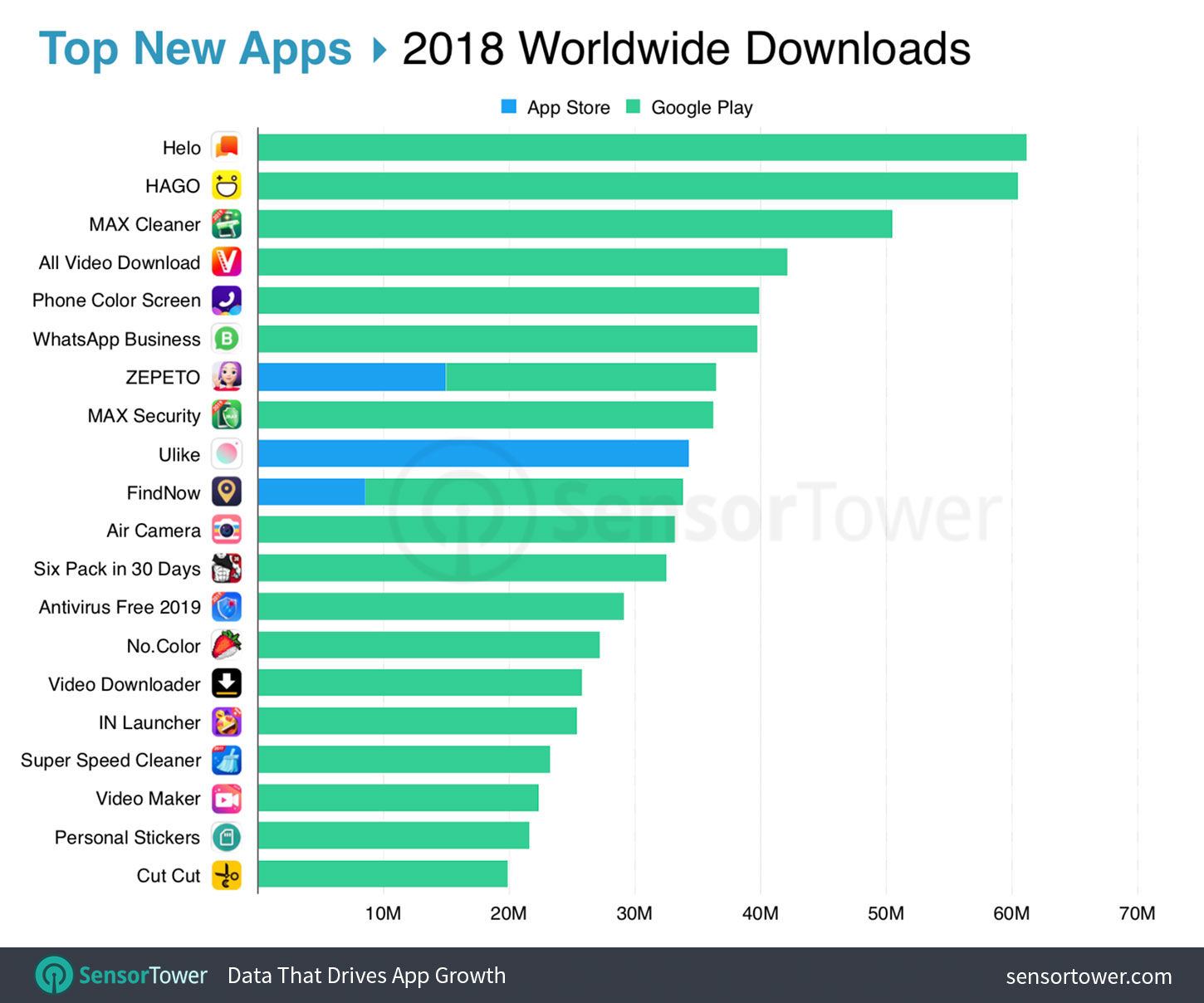 HAGO was the second most downloaded new app, followed by MAX Cleaner, All Video Downloader, and Phone Color Screen.

The top new apps in 2018 were most successful in Google Play’s largest markets. India was the No. 1 country for 10 of the top 20 new apps and Brazil was the largest market for another six.