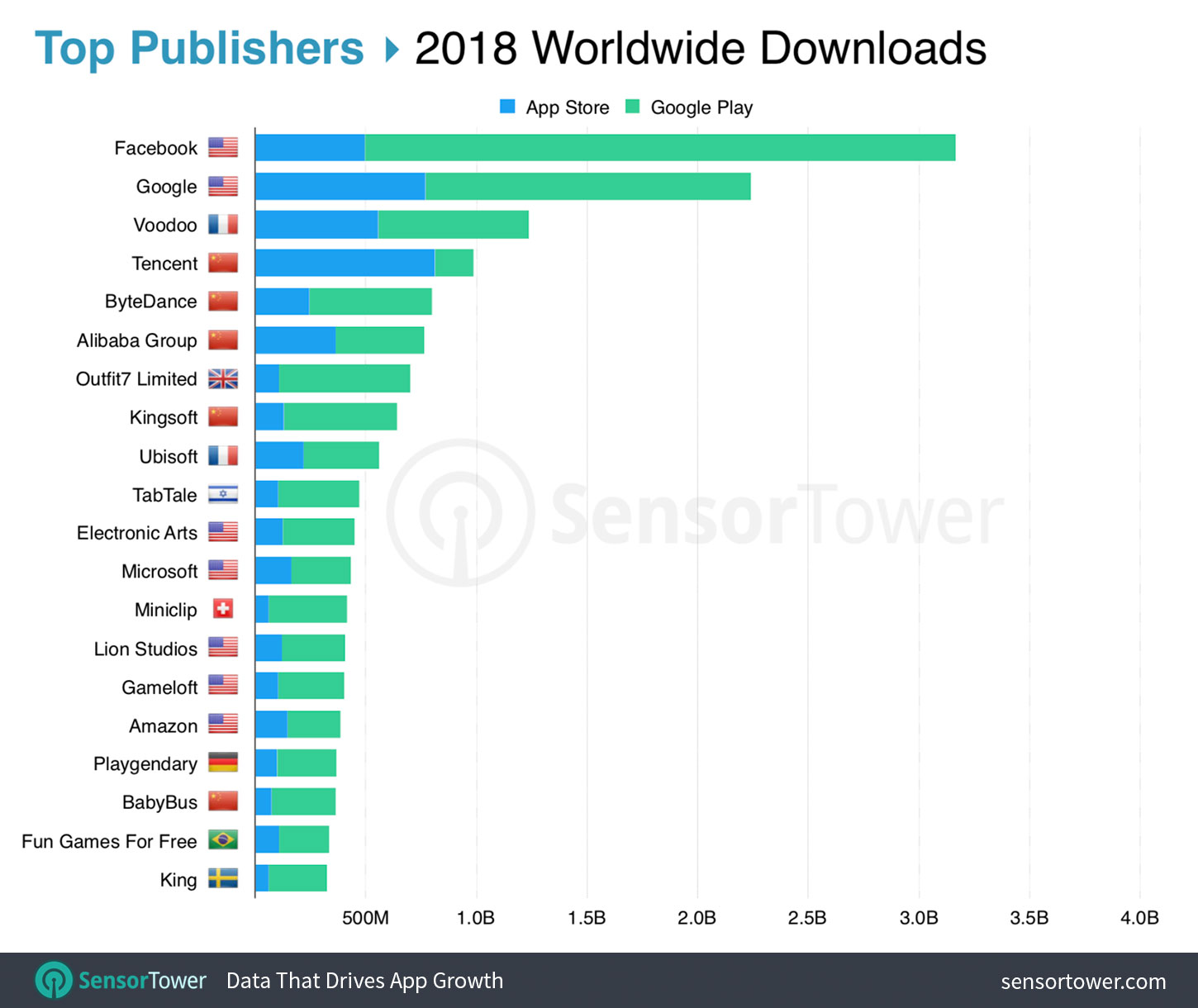 Google was the second largest publisher by worldwide app downloads in 2018, reaching two billion new installs for the first time across the App Store and Google Play. The next largest publisher in terms of installs was Voodoo, followed by Tencent and ByteDance, maker of popular social media app TikTok.

France-based games publisher Voodoo gained nearly one billion installs in 2018 to take the No. 3 spot. It was only the No. 25 publisher a year prior.