Facebook topped the list with the most downloads last quarter, totaling more than 778 million new installs. The full ranking of the top 10 most downloaded publishers during Q1 2019 is below. App download estimates are from Sensor Tower’s Store Intelligence platform. 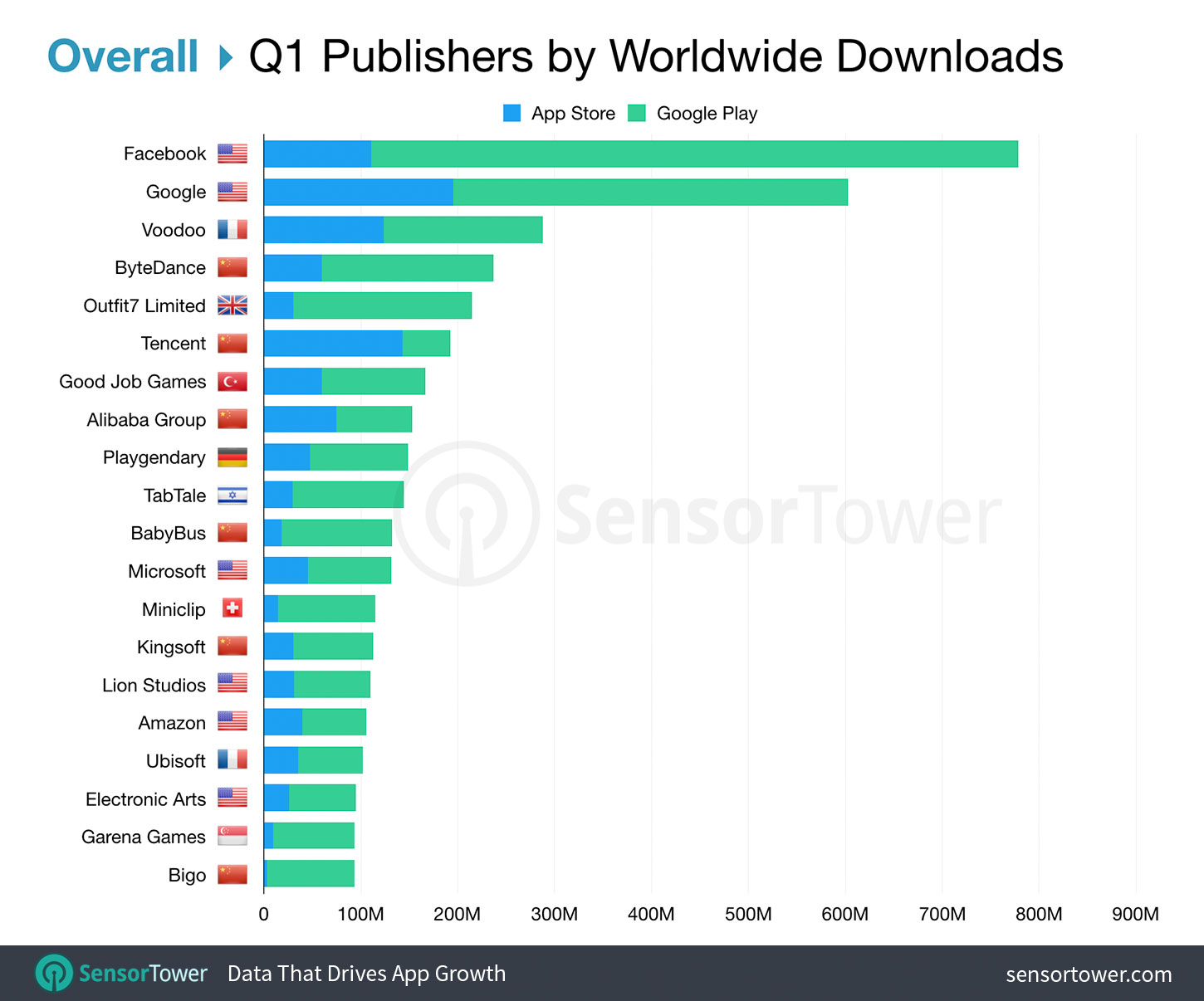 Outfit7 Limited, publisher of the Talking Tom franchise, was the No. 5 publisher worldwide by downloads in Q1 2019. The rest of the top five publishers were the same as the previous quarter. Good Job Games, Garena Games, and Bigo entered the top 20 publishers in Q1 2019. Garena’s top game, Garena Free Fire, had 72 million first-time downloads in the quarter.

Google was the most downloaded publisher on the App Store worldwide for Q1 2019 with close to 196 million installs, followed by Tencent, Voodoo, Facebook, and Alibaba Group. 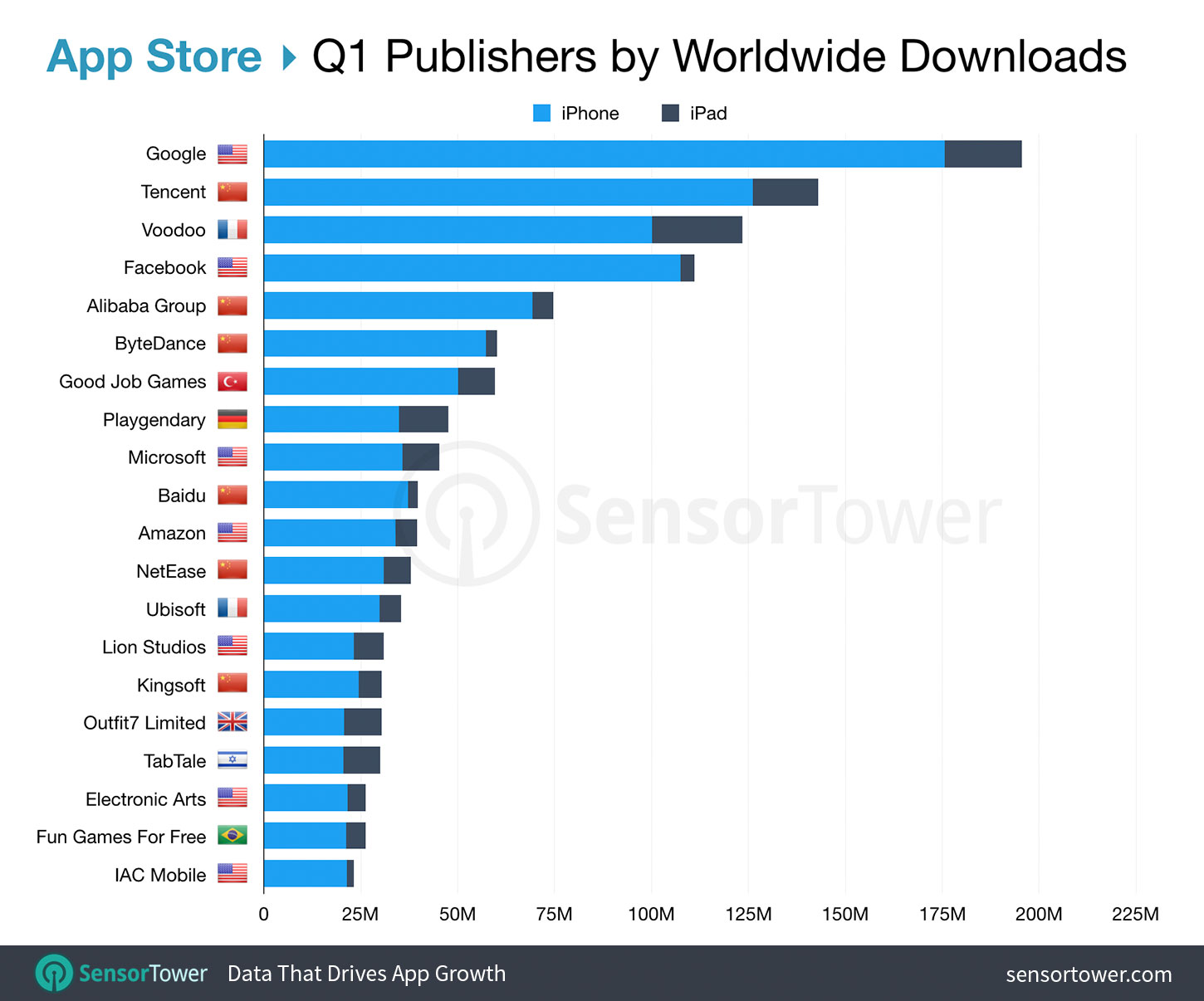 The top five publishers were the same as in Q4 2018. China had six of the top 20 publishers, including Tencent, Alibaba Group, and ByteDance among the top 10. Hyper-casual games publishers Good Job Games and Playgendary entered the top 10 in Q1 at No. 7 and 8 respectively. Good Job Games had the most installed game in the quarter.

Facebook was the most downloaded publisher on Google Play worldwide for Q1 2019 with more than 676 million installs, followed by Google, Outfit7 Limited, ByteDance, and Voodoo. 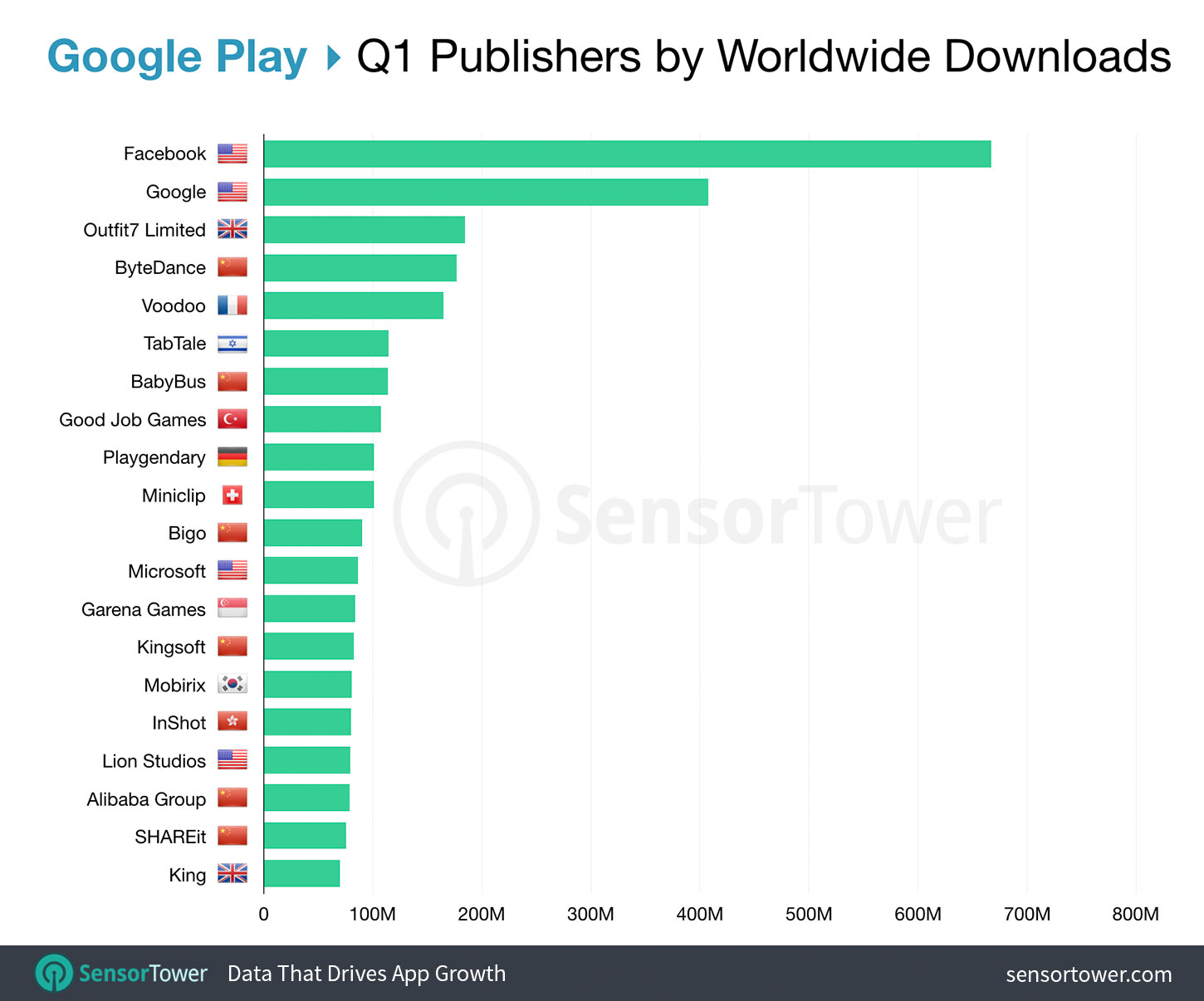 Garena Free Fire propelled its publisher into the top 15 on Google Play in Q1 2019. The game was extremely popular in emerging markets such as Brazil, India, Indonesia, and Mexico. Kingsoft, Lion Studios, and Mobirix fell out of the top 10 in Q1 2019. These publishers had the No. 6 and No. 8 spots, respectively, in Q4 2018 with more than 100 million downloads apiece.

Store Intelligence users can see revenue and download estimates for the above apps and publishers in addition to historical performance metrics on the Sensor Tower platform. Our estimates include worldwide downloads for the App Store and Google Play between Jan. 1, 2018 and Mar. 31, 2019. Apple apps and Google pre-installed apps are excluded. We report unique installs only. Android estimates do not include third-party stores. Figures represent aggregate installs of all app versions, ex: Facebook and Facebook Lite.