The top shopping category app by downloads in 2018 was Wish with more than 161 million installs, representing growth of 24 percent from 2017. The largest portion of Wish's downloads came from the United States and Brazil, at 19.7 and 11.5 percent, respectively. The top 10 most downloaded shopping category apps worldwide in 2018 are listed above. App download estimates are from Sensor Tower’s Store Intelligence platform.

Amazon was the next most downloaded shopping app with more than 134 million installs. The third most installed app was AliExpress, followed by Shopee and Joom. 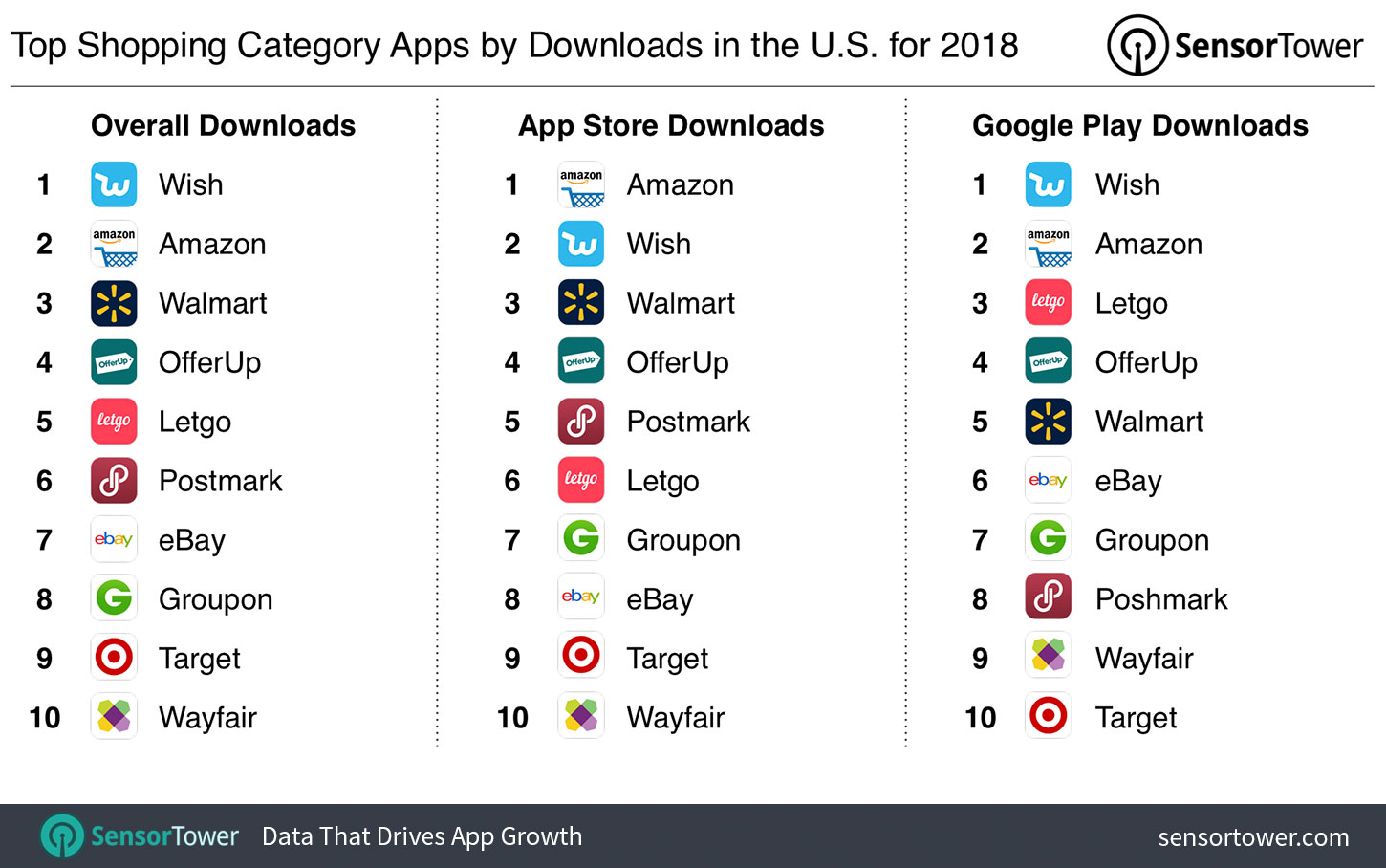 In the U.S., Wish had the most app downloads in the shopping category at more than 31 million. The majority of its downloads were from Google Play at 54 percent, with the remaining 46 percent coming from the App Store. The second most downloaded shopping app was Amazon, followed by Walmart, OfferUp, and Letgo.

Store Intelligence users can see app revenue and app download estimates for the above apps in addition to historical performance metrics on the Sensor Tower platform. These rankings do not include app downloads from third-party Android stores.