Since Nike launched its app in the second half of 2016, it has been the top sneaker app in the United States, reaching nearly six million installs in 2018. The other most-downloaded sneaker apps in the United States in Q4 2018 were GOAT, StockX, Nike SNKRS, Foot Locker, and Adidas. Their quarterly installs and quarter-over-quarter change is shown in the following chart. App download estimates are from Sensor Tower’s Store Intelligence platform. 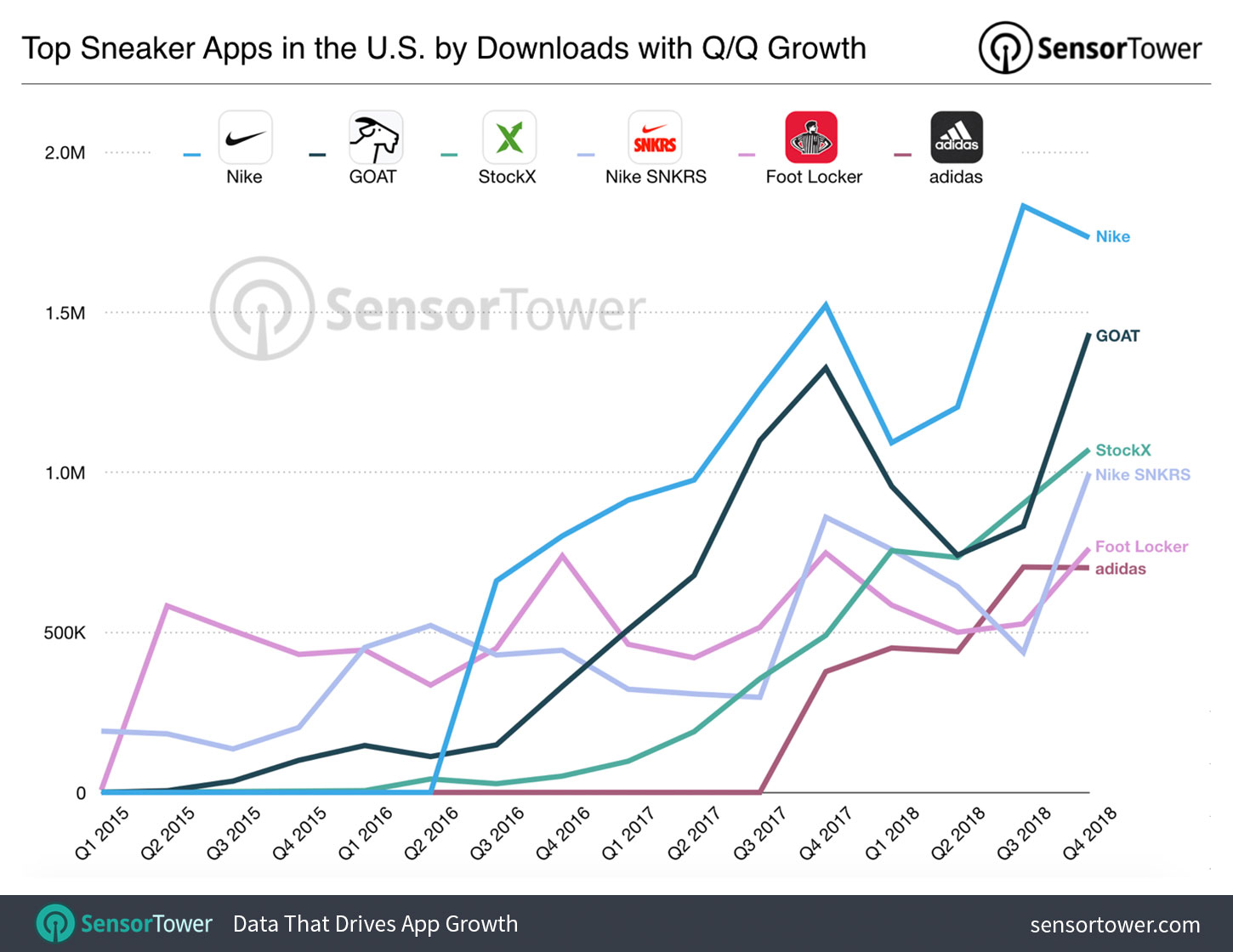 Adidas, one of Nike’s largest competitors, launched its app in 2017. GOAT, StockX, and Nike SNKRS combined for more than 10 million U.S. downloads in 2018, representing 57 percent growth over the previous year.

Store Intelligence users can see app download estimates for the above apps in addition to historical performance metrics on the Sensor Tower platform. Our estimates include downloads for the App Store and Google Play in the U.S. between Jan. 1, 2015 and Dec. 31, 2018. Apple apps and Google pre-installed apps are excluded. We report unique installs only. Android estimates do not include third-party stores. Figures represent aggregate installs of all app versions, ex: Facebook and Facebook Lite.