The rise of ticketing apps continued in the United States during Q1 2019, with Ticketmaster, StubHub, SeatGeek, AXS Tickets, and Vivid Seats each experiencing growth of at least 23 percent year-over-year. The most downloaded ticketing app in the U.S. during Q1 was Ticketmaster with more than 2.4 million new installs, which represented a 2x increase from Q1 2018 according to Sensor Tower’s Store Intelligence data. This is the fifth in a series of excerpts from our State of Entertainment Apps report, available exclusively to our enterprise customers. 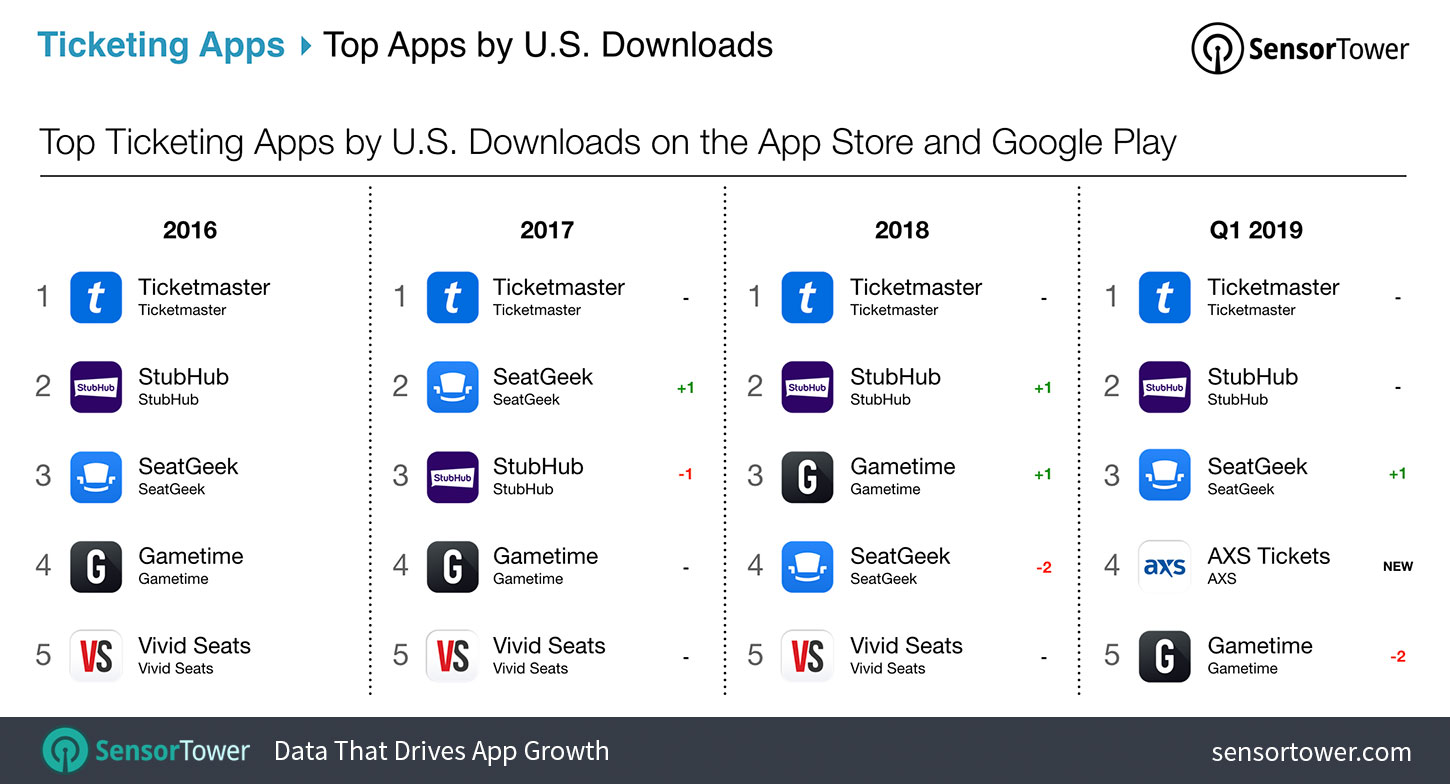 Ticketmaster extended its lead over its competitors in 2018. The battle for second place among ticketing apps has been tight. SeatGeek passed StubHub in Q4 2016 and held the No. 2 ranking for five quarters before StubHub regained the position in Q1 2018. 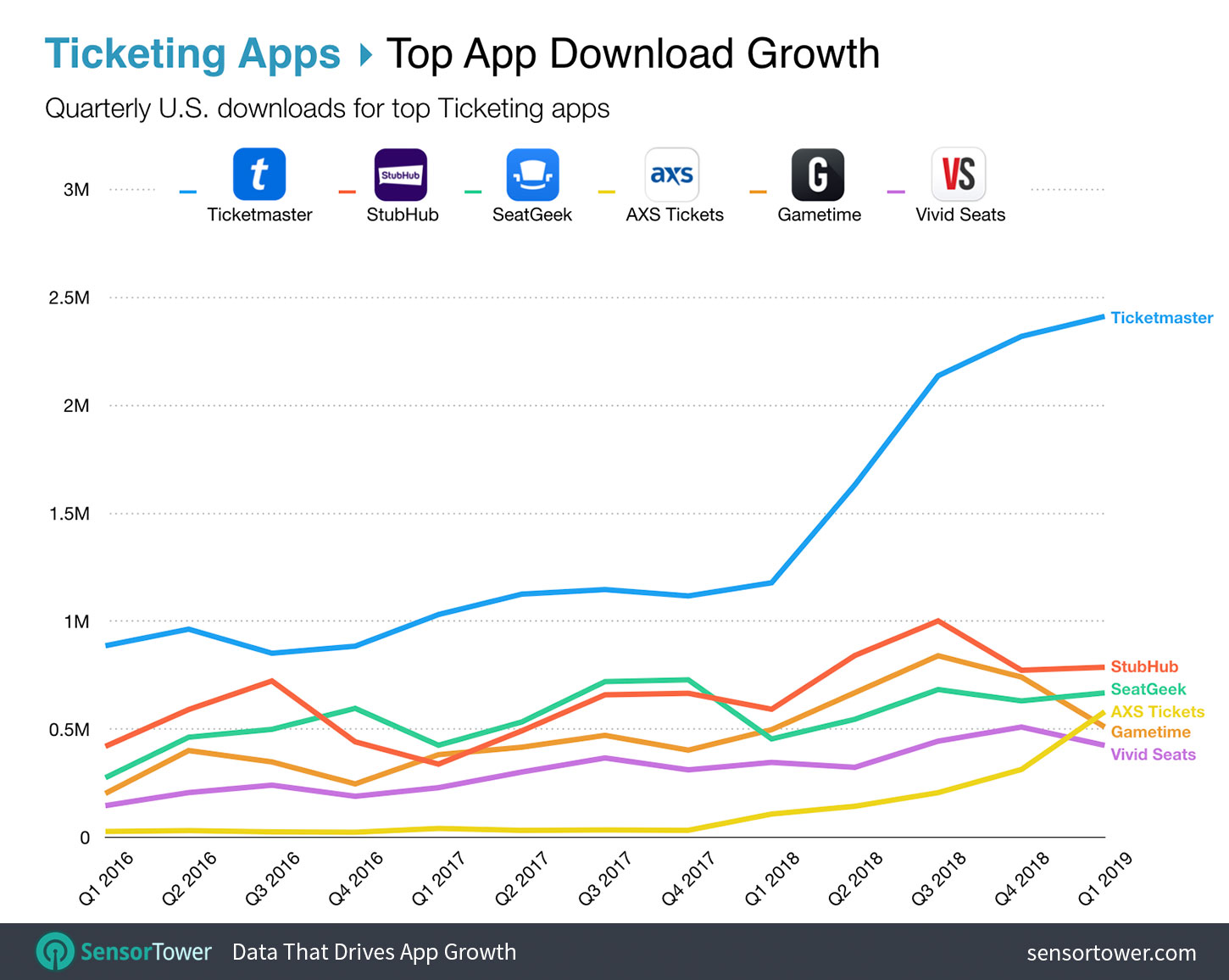 Ticketmaster downloads more than doubled in the U.S. between 2016 and 2018. It gained market share during this period despite increased competition from apps such as StubHub, SeatGeek, and Gametime. AXS Tickets had 580,000 U.S. installs in Q1 2019, up 422 percent from 110,000 a year prior. It was the No. 4 ticketing app in Q1 2019 with 11 percent of the market. With a competitive market for the No. 2 spot among ticketing apps, differentiation (and advertising) is key. Whether it's SeatGeek’s “Deal Score” used to identify the best seats or TickPick’s lack of fees, these apps are attempting to differentiate themselves from their competitors to gain market share in a growing market. 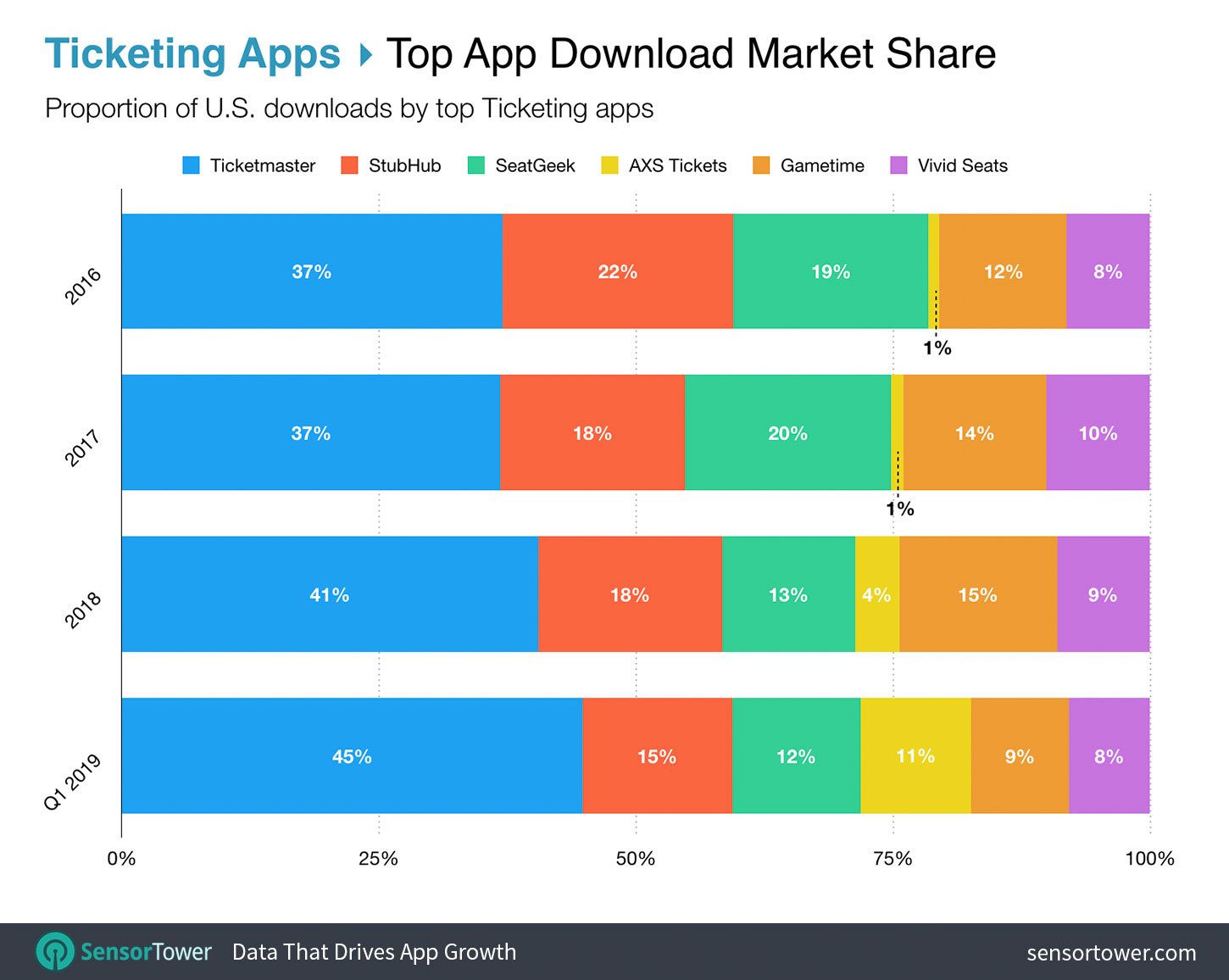 Store Intelligence users can see revenue and download estimates for the above apps and countries in addition to historical performance metrics on the Sensor Tower platform. Our estimates include U.S. downloads for the App Store and Google Play between Jan. 1, 2016 and Mar. 31, 2019. Apple apps and Google pre-installed apps are excluded. We report unique installs only. Android estimates do not include third-party stores. Figures represent aggregate installs of all app versions, ex: Facebook and Facebook Lite.