As the financial world prepares for Twitter to issue its Q4 and full-year 2015 earnings on Wednesday, February 10, the Sensor Tower mobile insights team decided to review our data and see what story it tells in advance of the announcement. Based on our analysis of download estimates and mobile advertising during the last quarter, it appears that the company has been unable to grow new iOS users quarter-over-quarter in the U.S., despite an increase in app install campaigns on one of the largest ad networks during Q4.

Read on for a visualization of our findings along with additional insights.

According to our analysis of U.S. iOS download estimates provided by Sensor Tower's Store Intelligence platform for July 1, 2015 through December 31, 2015, new iOS downloads of Twitter's core app were essentially flat from Q3 to Q4 2015. Specifically, we estimated a Q3 total of approximately 3.5 million downloads versus a Q4 total of approximately 3.49 million downloads in the United States. Year-over-year Q4 downloads were down 2.22 percent from 3.57 million to 3.49 million.

While not a significant decrease month-over-month, the lack of quarter-over-quarter growth came despite an increase in mobile app install advertisements tracked by our Ad Intelligence platform. The increase in weekly Share of Voice (percentage of total impressions on the network) for Twitter across Google's AdMob advertising platform in Q4, compared to weekly downloads, can be seen in the chart below: 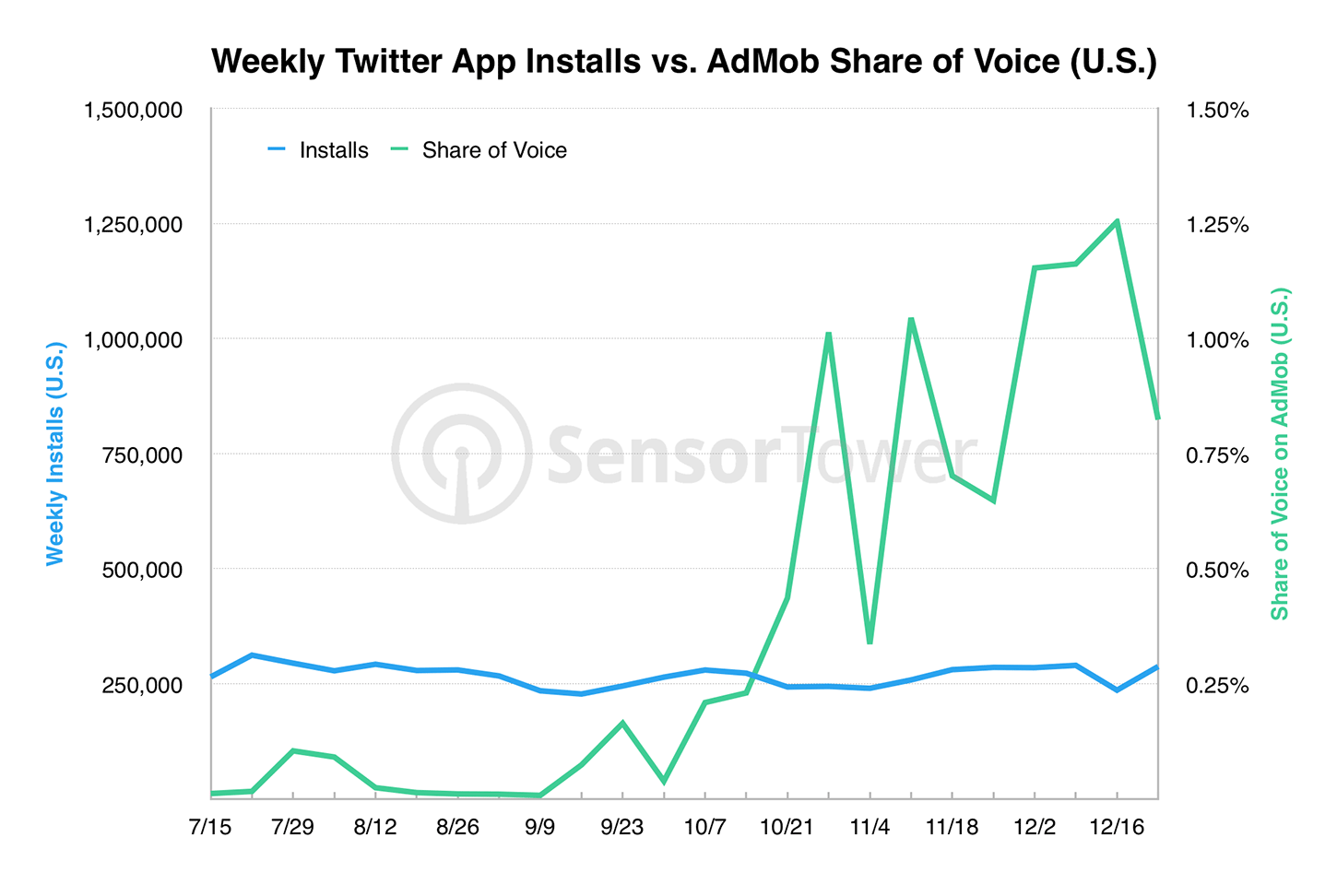 While we chose to focus our analysis on Google's AdMob, we observed a similar trend on the other networks we track.

These figures don't include traditional media or brand advertising, such as the divisive "Moments" television spot Twitter aired in October. Instead, our data reflects pure app install ads focused on direct user acquisition on mobile devices.

According to Twitter's own data, 80 percent of its users are on mobile—exactly the user segment it wasn't able to grow on iOS in the U.S., as our data showed. We should know more about how this affected the company's overall Q4 and full-year 2015 performance, as well as its forecasts, soon.