Uber's foray into food delivery has just passed a major milestone. According to Sensor Tower Store Intelligence estimates, the company's UberEATS app has been downloaded more than 10 million times worldwide since its February 2016 official launch.

The chart below visualizes monthly downloads of the UberEATS app during 2016, compared to its two largest competitors in the on-demand meal deliver space during the same period, GrubHub and Postmates. 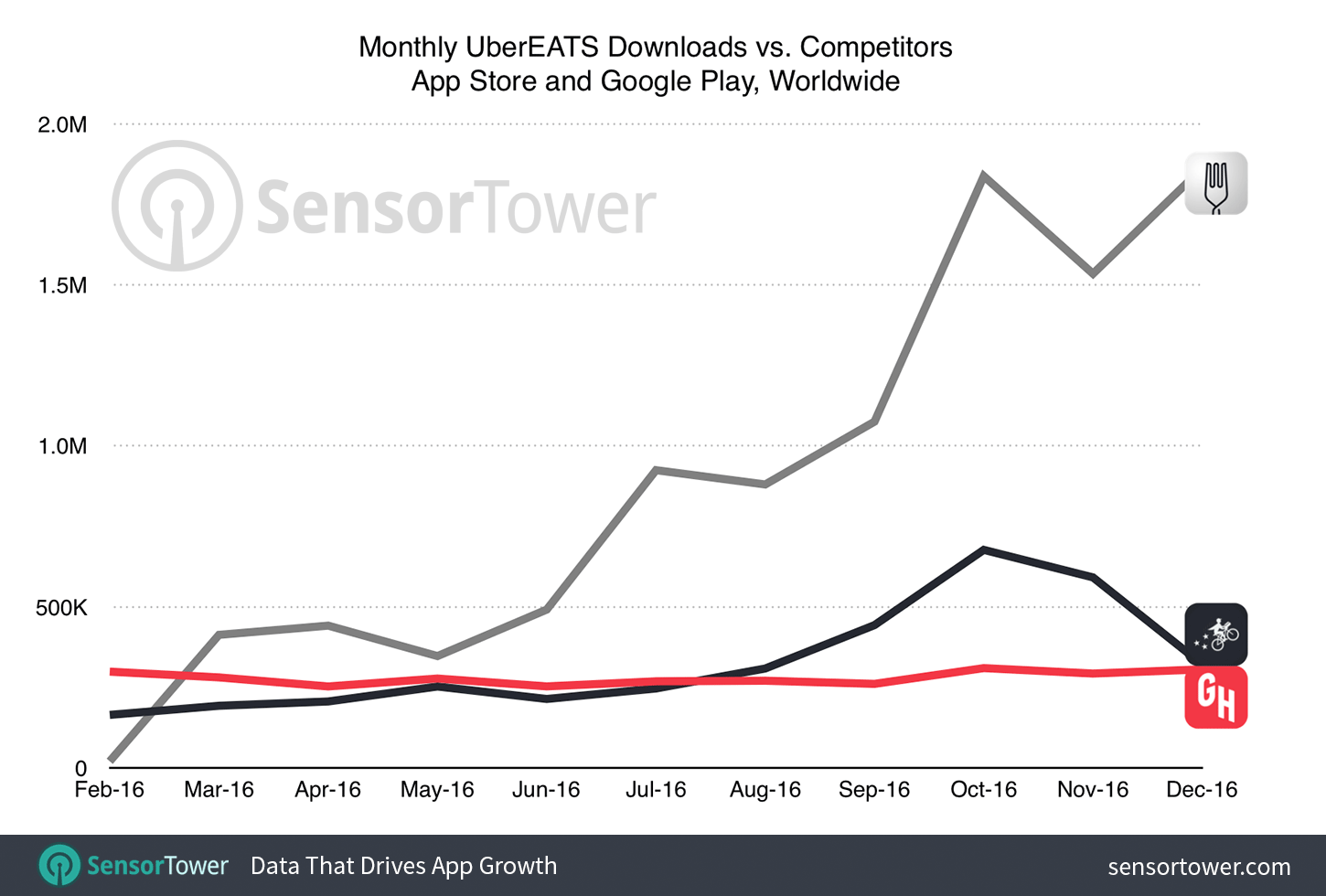 The five largest markets for UberEATS by downloads were the United States, Mexico, Australia, France, and Great Britain.