Earlier this week, Zynga announced that it was acquiring Gram Games (1010!, Merge Dragons!, Six!) for $250 million. This is Zynga's second meaningful acquisition in the last eight months, as the publisher purchased Peak Games' casual card portfolio for $100 million in November 2017. These recent acquisitions have dramatically reshaped Zynga's portfolio.

Based on Sensor Tower Store Intelligence data, the Peak and Gram titles are contributing 23 percent to total Zynga 2Q18 mobile bookings (through May 28), with Merge Dragons! ranking as the third highest grossing Zynga title behind Zynga Poker and CSR Racing 2. 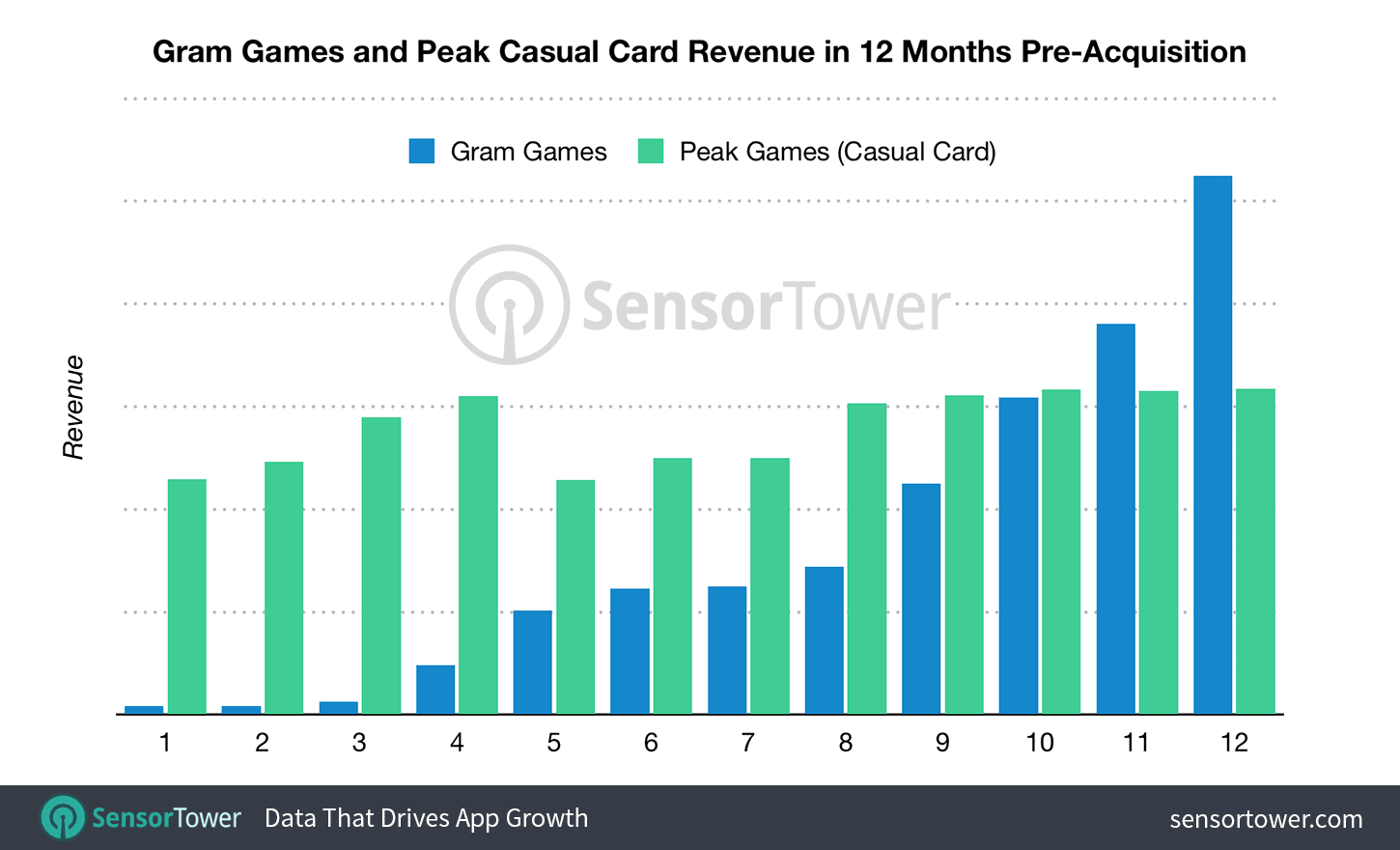 Gram Games grossed approximately $8 million in the month prior to acquisition, implying a 2.6x multiplier, assuming consistent monthly sales. However, Gram had only been monetizing on the mobile marketplaces for less than a year, with month-over-month revenue growing an average of 23 percent over the last three months. Furthermore, advertising revenue from popular Gram titles such as 1010! and Six! are excluded from this analysis.

Per Sensor Tower Store Intelligence data, Gram's Merge Dragons! comprises approximately 97 percent of Gram's total mobile bookings revenue. The title ranked as the No. 57 ranked gaming app in terms of U.S. revenue across the App Store and Google Play in the month of April, and is also a hit internationally, with 50 percent of its total revenue coming from outside the U.S. Despite only being launched in June 2017, Merge Dragons! is now already the third highest grossing app in Zynga's portfolio. 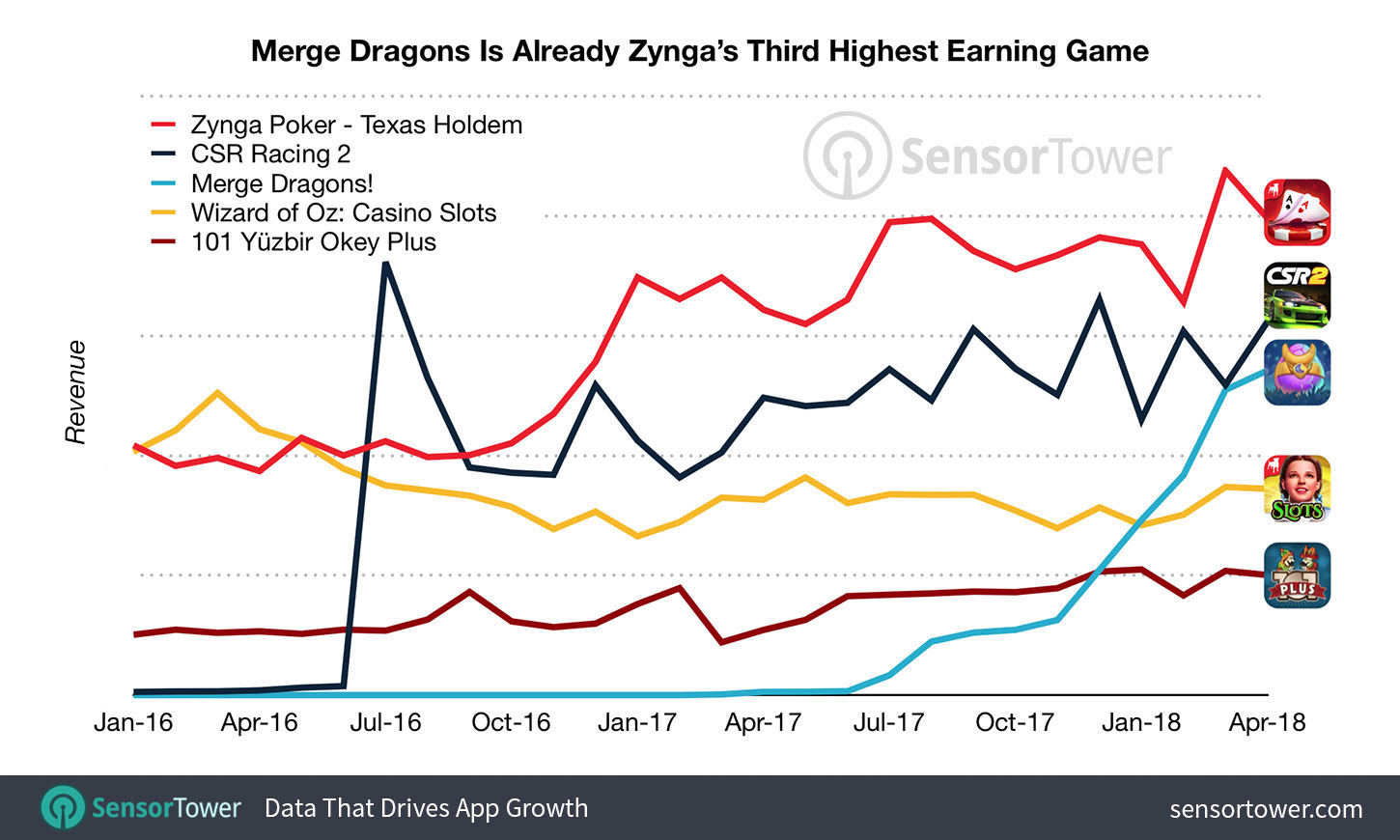 In addition to the successful Merge Dragons!, four more of the recently acquired Gram Games apps would have ranked in Zynga's top 10 most downloaded apps in the first quarter of 2018. While several of these apps already monetize via ad placements, Zynga can look for new ways to cash in on their popularity. Further illustrating the impact of acquisitions, Zynga's second most downloaded app in 1Q18 was Solitaire, acquired from Harpan LLC in March 2017, and the sixth most downloaded app was 101 YüzBir Okey Plus, part of the Peak acquisition. 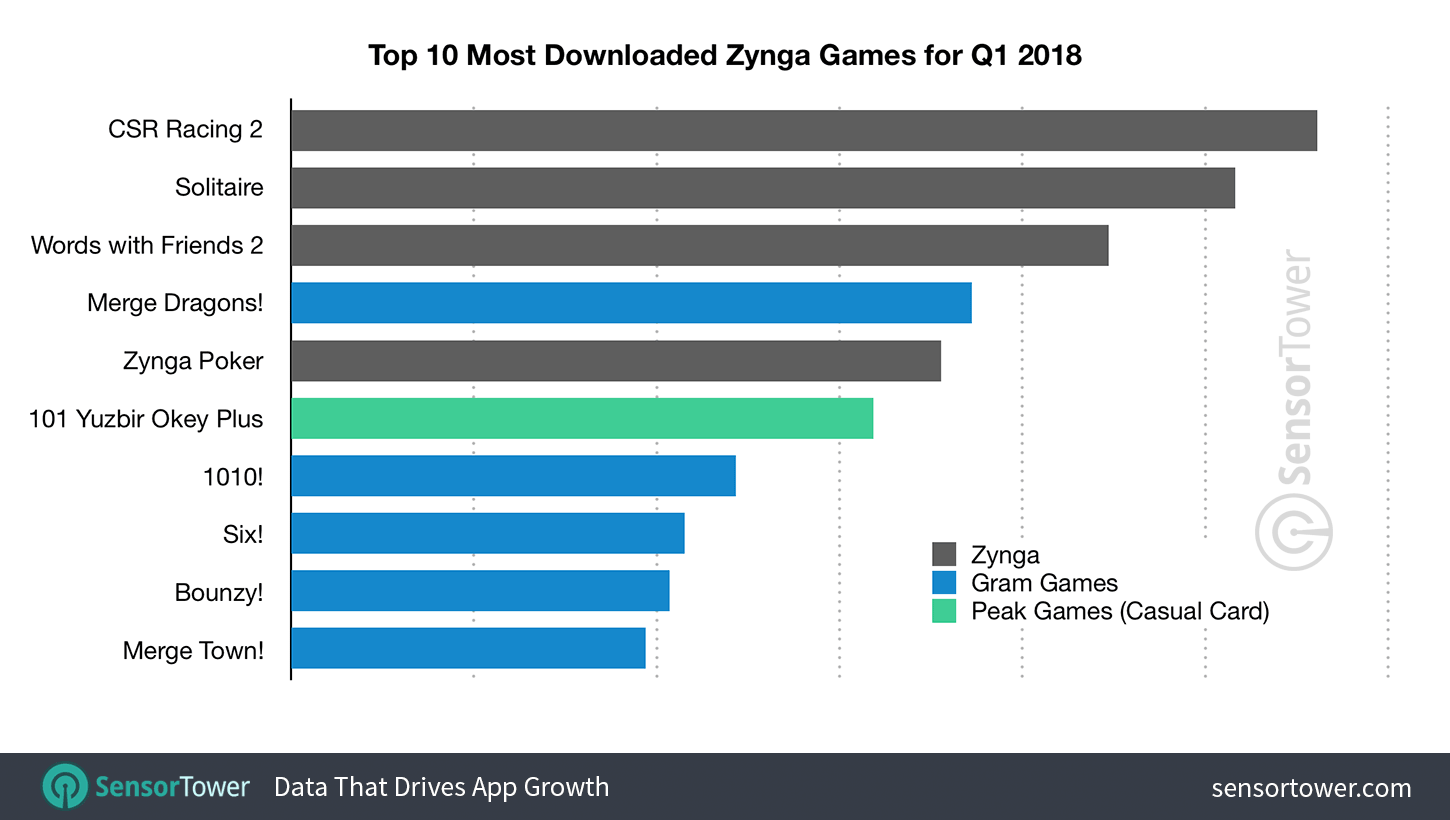 Zynga's recent acquisitions should serve as a shot in the arm for the company, as growth in its legacy titles had slowed to low single digits in recent quarters. For 1Q18, Peak's casual card portfolio grew high single digits quarter-over-quarter, while Gram Games revenue was up about 150 percent QoQ. 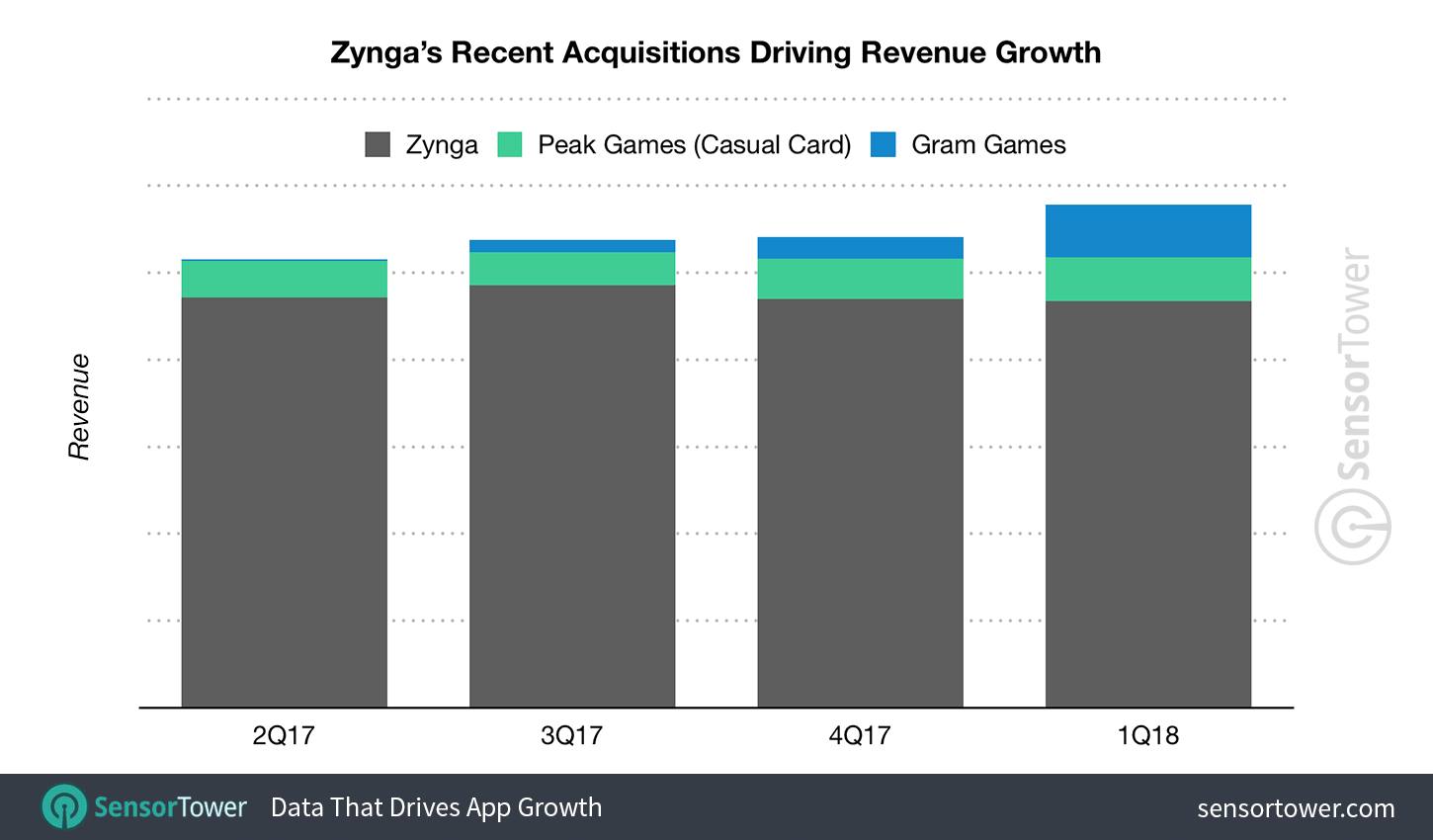 Perhaps even more encouraging for Zynga, Merge Dragons!' monthly revenue is still seeing sequential growth a year after its initial release, suggesting it could turn into an evergreen title along the lines of Zynga Poker and Wizard of Oz. 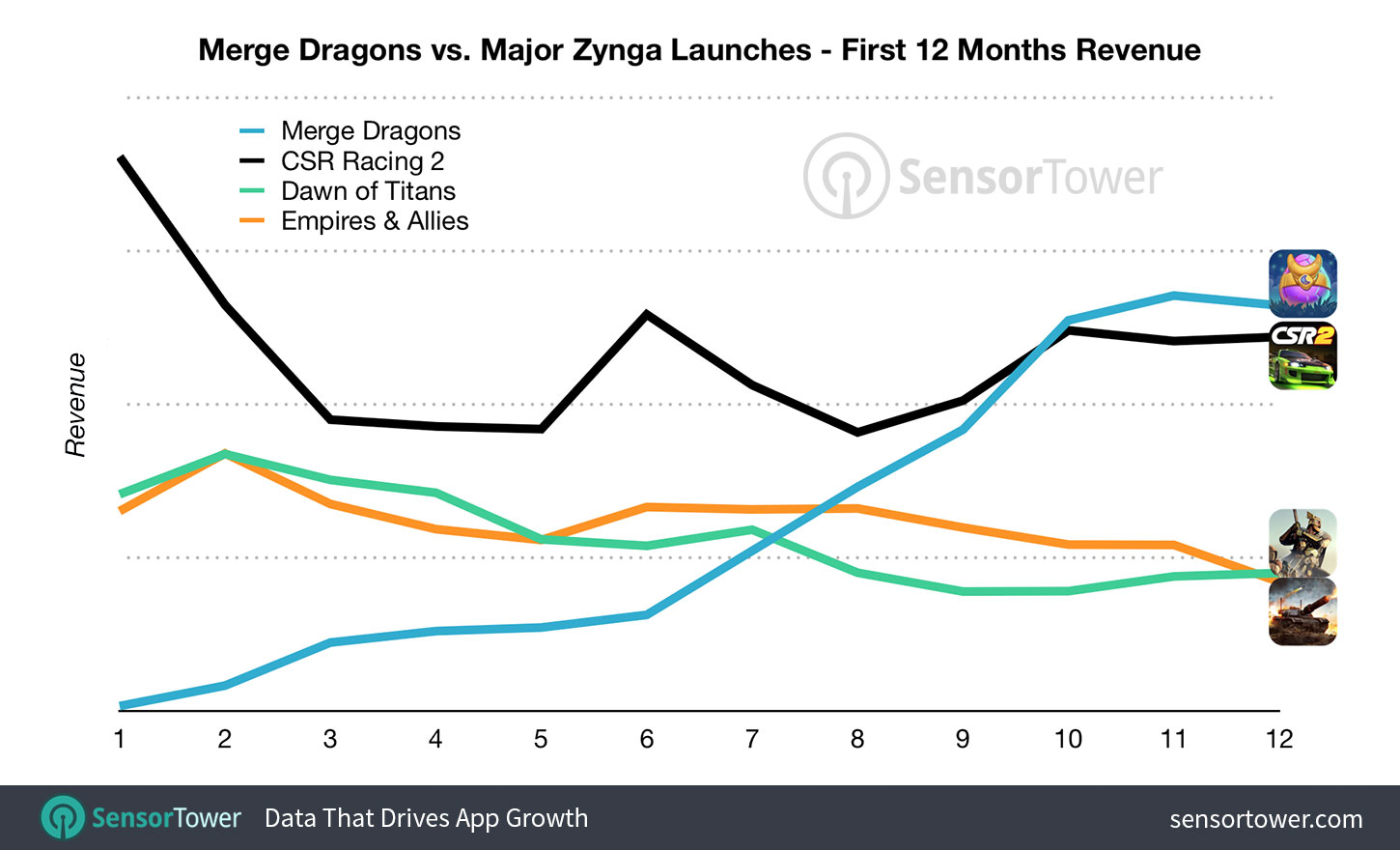 We see a chance for growth to further accelerate as Zynga puts its clout and expertise in live ops behind the title. 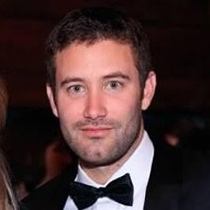