Although launched in December 2019, it wasn’t until this year that the app experienced a surge in adoption, with installs increasing consistently each month during 2022. In September, the app saw approximately 14.7 million installs, up 20 percent month-over-month from 12.3 million in August.

Since March, the United States represented the majority of each month’s new installs, followed by the United Kingdom at No. 2. However, this changed in September when Brazil overtook the U.K. as the second largest market, accounting for a little more than 1 million of the app’s installs that month. 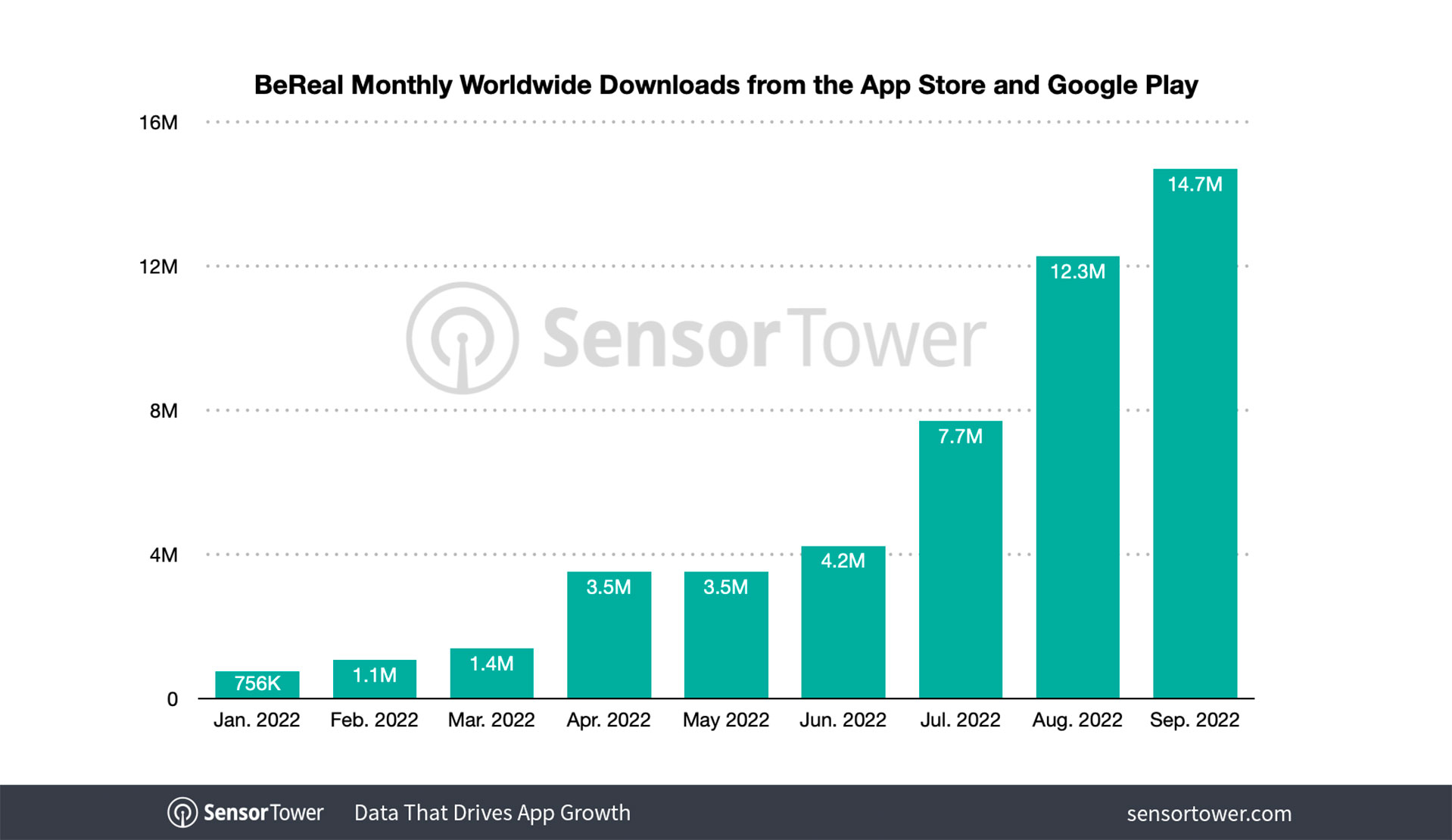 This trails behind other established social media platforms—in a previous analysis, Instagram led the category with 39 percent of installs opening the app every day, while TikTok placed second with 29 percent. However, BeReal may have an opportunity to increase the percentage of power users it has in the future as the app is growing its monthly active users (MAUs) at a steady clip. Indexed against January, BeReal’s worldwide MAUs in September were up 2,254 percent, and its usage climbed consistently in each of the intervening months. 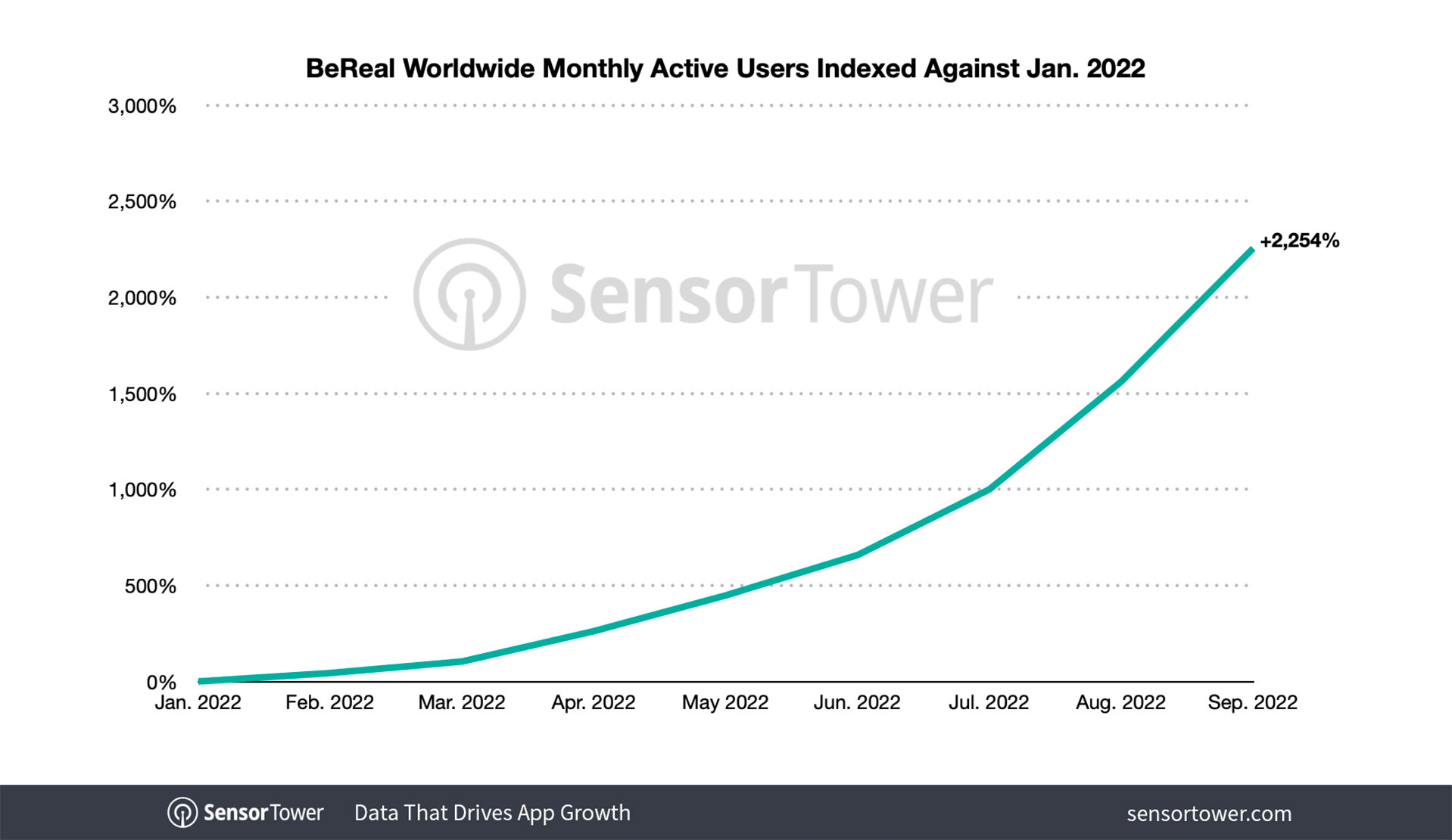 The Competition Heats Up

The fervor around BeReal is reminiscent of the social audio platform Clubhouse, which surged in adoption in early 2021 and has generated approximately 41 million installs to date. As with Clubhouse, social media giants have taken a page from BeReal’s book to varying degrees: Instagram is reportedly testing its “IG Candid” feature, while Snapchat rolled out a functionality called Dual Camera that enables users to photograph with the front and back cameras simultaneously. In mid-September, ByteDance launched its version with TikTok Now, and that app garnered more than 10 million worldwide installs in its first two weeks.

BeReal seems to have found a gap in the market and its popularity has continued to climb rapidly over the course of the year; however, it remains to be seen if it will continue this trajectory, especially amid the onslaught of competition.