A big new update drove a massive increase in player spending last week for Supercell's Clash of Clans. Preliminary Sensor Tower Store Intelligence estimates reveal that the new "Builder Base" update, launched on May 22, sent the game's U.S. consumer spending for the week soaring to a new high of more than $25.7 million across the App Store and Google Play.

This figure is 250 percent more than the previous week's $7.3 million and about 20 percent higher than the approximately $21.3 million U.S. players spent in the game during the week of December 21, 2015, its second-highest-grossing on record.

The chart below shows weekly consumer spend in Clash of Clans on U.S. app stores dating back to January 1, 2014. Supercell's launch of its hit Clash of Clans spin-off Clash Royale in March of last year had a visible impact on the game's weekly revenue, as did the July 2016 launch of Pokémon GO. But Supercell has been hard at work on a variety of live updates and events leading up to Builder Base with the aim of boosting player engagement and spending. Based on the data so far, it appears to be paying off. 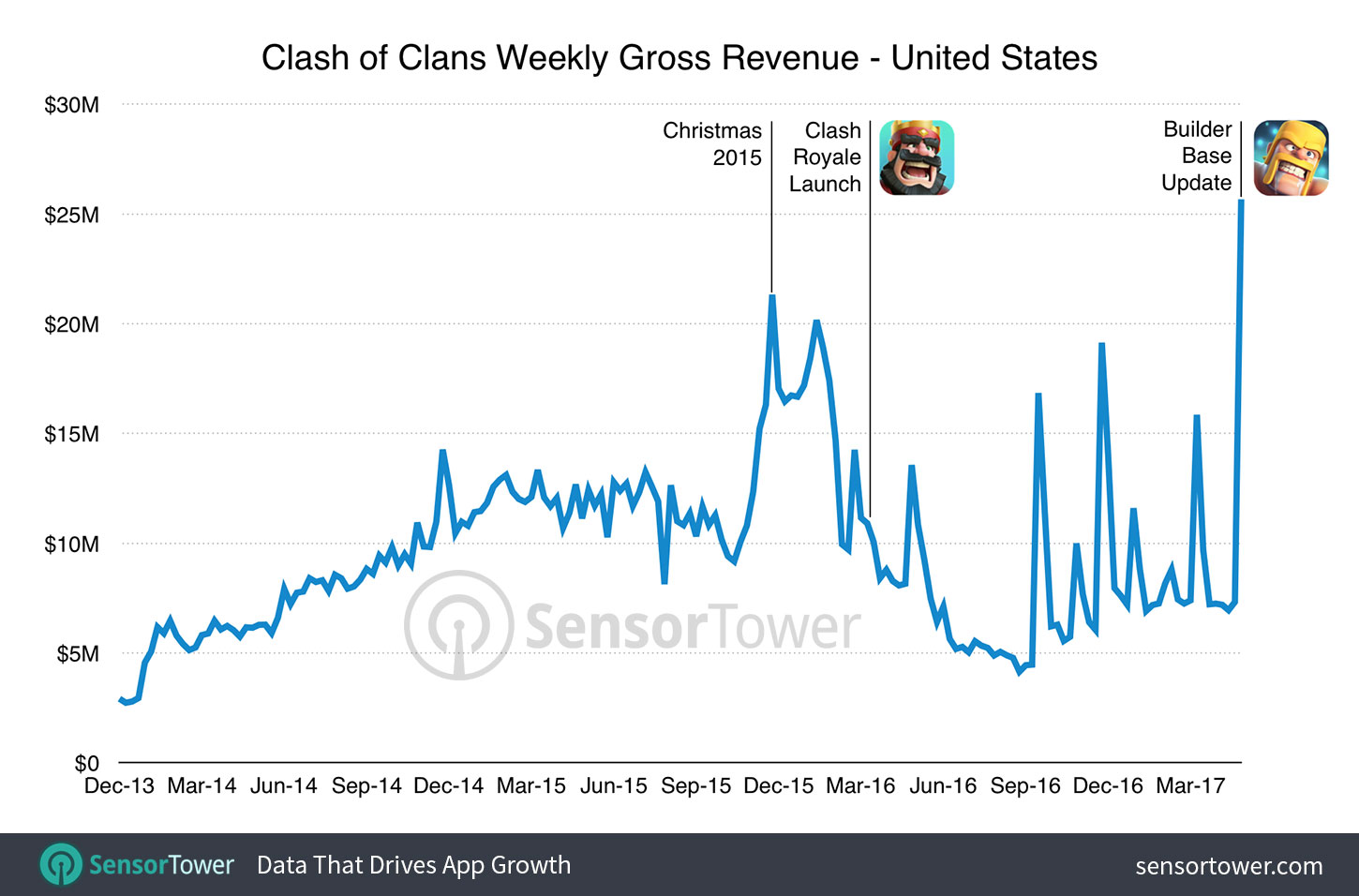 None of these previous updates seems to have captured players' attention—and spending—as much as the Builder Base, which really comes as no surprise when you consider what's on offer. With the update, Supercell has effectively built a game-within-a-game, including an entirely new second world, extra characters, additional buildings, and an added head-to-head competitive play mode for players to get sucked into. The result is player spending that resembles a massive new mobile game launch, not a nearly five year old title.

Ultimately, we are seeing the payoff for Supercell spending the year since the launch of Clash Royale incorporating player feedback, adjusting to 2017 gameplay trends, and delivering a substantive update that has breathed new life into a game originally released in 2012. Now the question is: how long will this last, and what is Supercell planning for a follow-up?