A significant increase in new subscribers for last month's Game of Thrones season premiere propelled HBO's OTT offering, HBO NOW, to the top of the App Store revenue charts on Wednesday, resulting in its single-largest day of revenue since launch, according to Sensor Tower Store Intelligence estimates. Our preliminary estimates show that the app grossed approximately $2.6 million across the App Store and Google Play on August 16, a 41 percent increase over its previous record of $1.3 million earned on June 24, 2016, two months after the Game of Thrones season six premiere.

The season seven premiere of Game of Thrones drove record installs of HBO's mobile apps on July 17, as we reported at the time. There was a corresponding increase in revenue on that day as lapsed subscribers returned to the service. However, as we anticipated, the sizable influx of new subscribers reflected in our download estimates at the time drove record single-day revenue one month later as their 30-day free trials converted to paid subscriptions. 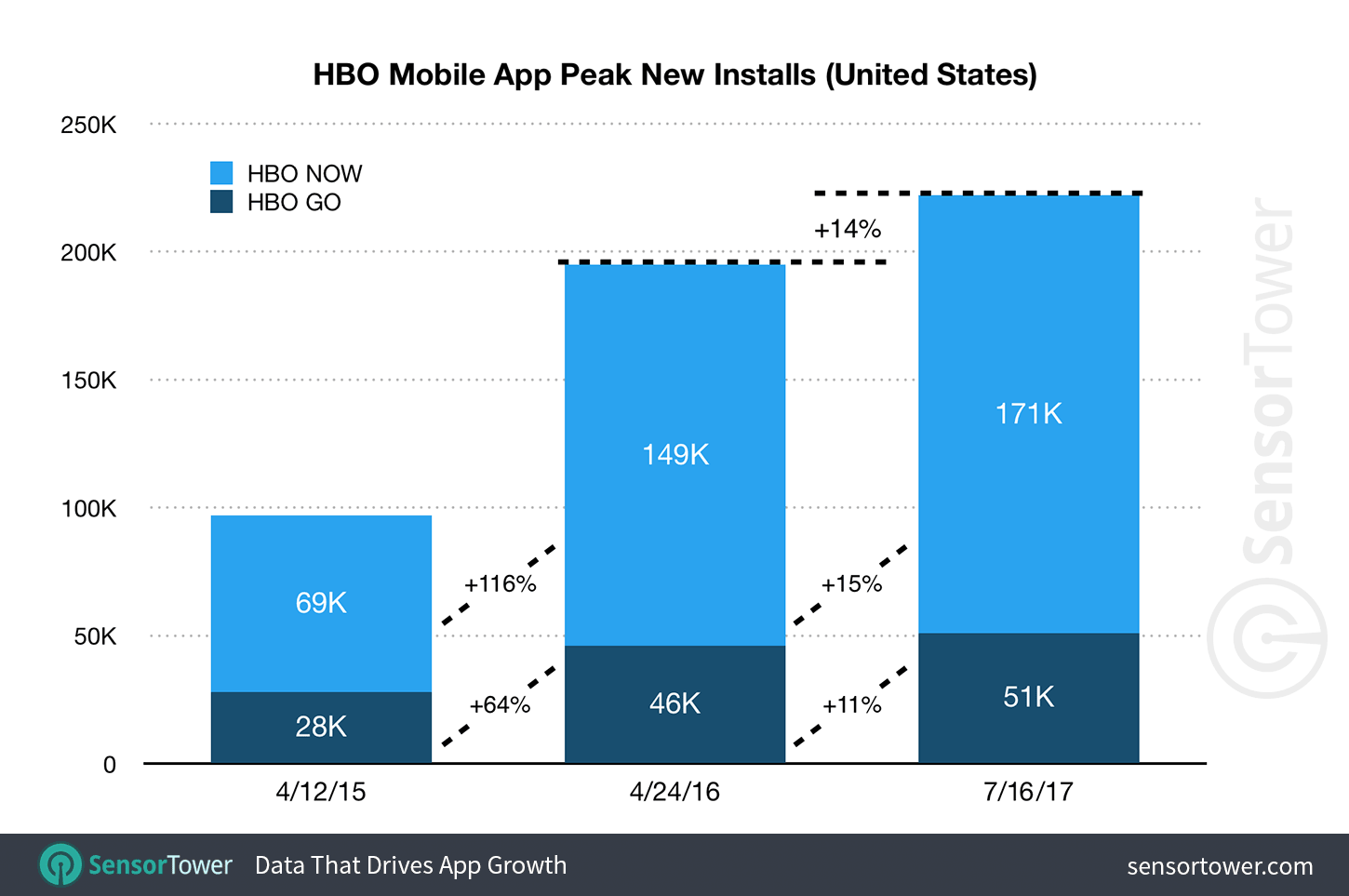 This news represents a bright spot for HBO, which has seen both downloads and revenue for HBO NOW on the decline since Q2 of 2016. Last quarter, the service generated approximately $23.7 million in gross revenue on mobile, which represented a 12 percent decrease from 2Q16's estimated $27 million total.