Mobile users spent an estimated $327 million worldwide last year in the top 10 highest earning Health & Fitness category apps across the App Store and Google Play, Sensor Tower Store Intelligence data shows. This marked a 61 percent increase year-over-year from the $203 million we estimate was spent in the top 10 apps during 2017. 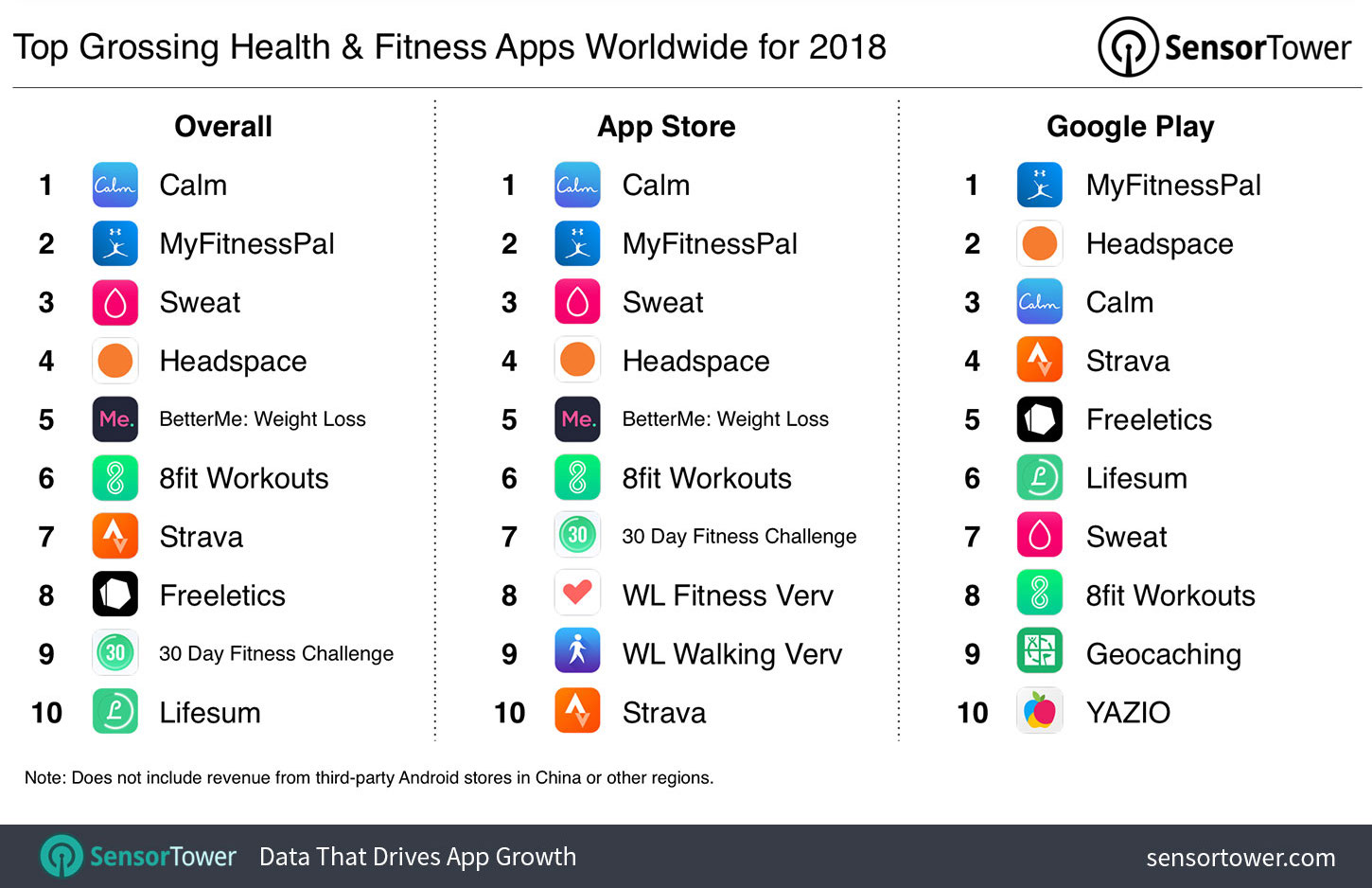 As we reported earlier this month, mindfulness and meditation app Calm led 2018 spending in the category at more than $63 million, up nearly 271 percent from the $17 million it grossed during 2017.

According to our findings, the majority of revenue generated by these 10 apps came from the United States, at approximately $173.3 million or 53 percent of the total. It was also heavily concentrated on iOS, with App Store users responsible for close to 79 percent of this spending.

All told, the top 10 grossing Health & Fitness apps accounted for approximately 40 percent of the entire category's total user spending during 2018.