Netflix isn't the only streaming service having a banner year on mobile. While it's still in the market leader's figurative rear-view mirror, Hulu has made impressive gains during the first 11 months of 2018. According to Sensor Tower Store Intelligence estimates, the app has grown its gross revenue by 71 percent year-over-year to an estimated $132.6 million and first-time installs by 30 percent to 22.5 million, surpassing 100 million all-time downloads worldwide at the end of November. 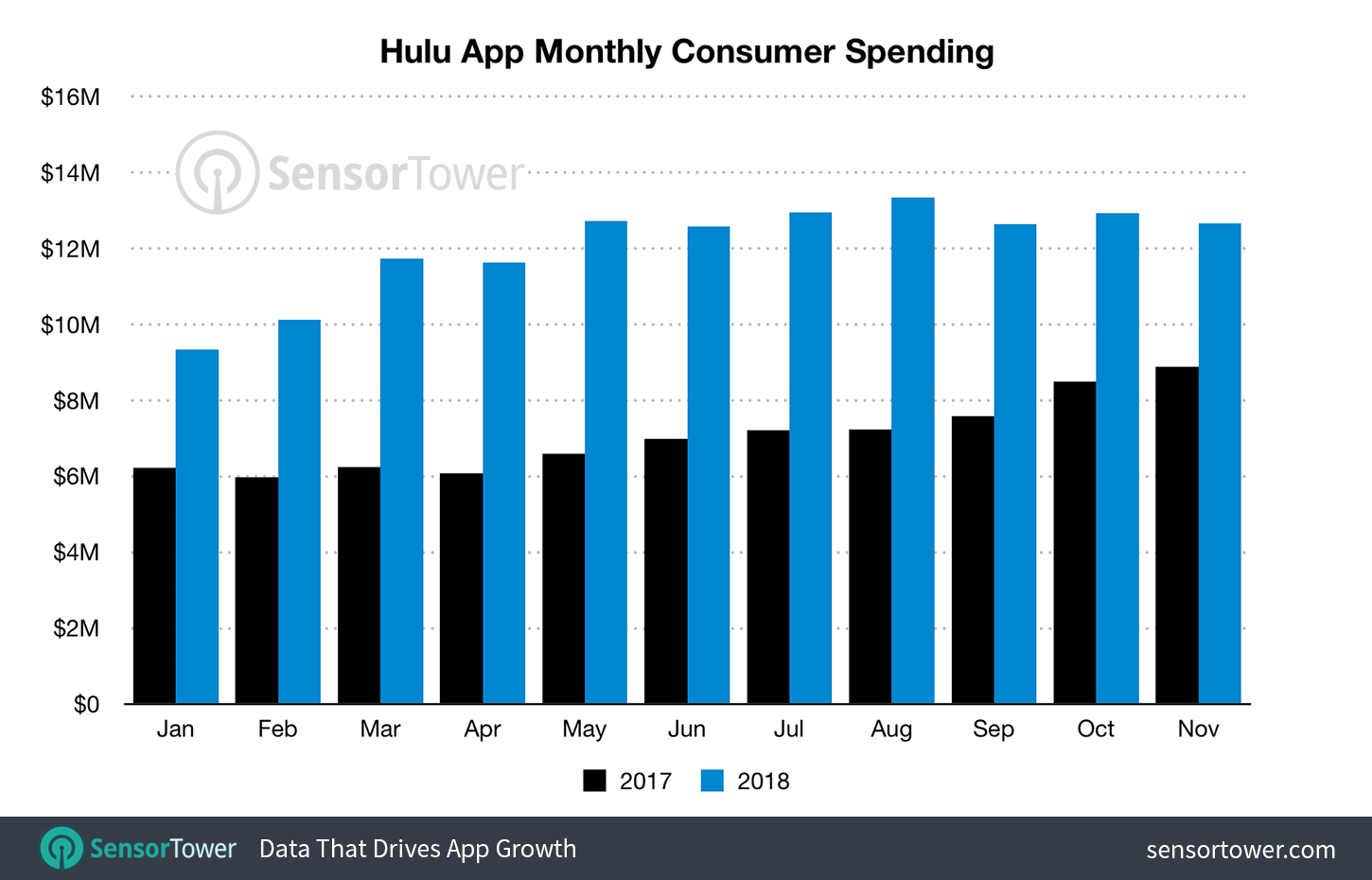 Netflix, by comparison, has grown its year-to-date gross mobile revenue in the United States approximately 88 percent over the same period in 2017, to reach an estimated $489 million since January. Its first-time U.S. installs, however, have declined about 4 percent compared to the first 11 months of last year. This comes as its lead over Hulu in terms of new downloads is also shrinking. In November 2017, Netflix saw 128 percent more downloads than Hulu. By last month, that had narrowed to just 26 percent more.

Mobile consumer spending in the Hulu app totaled approximately $12.7 million for November, a 42 percent year-over-year increase and enough for it to rank as the No. 10 subscription-based app worldwide by revenue. The app was installed by an estimated 2.4 million new users last month, representing an increase of 59 percent over November 2017.