The blockchain has continued heating up this year—in Q1 2021, cryptocurrency and investing apps saw adoption more than triple month-over-month in the United States, and non-fungible tokens (NFTs) have made headlines in recent months with their multi-million-dollar price tags. Sensor Tower's latest analysis of emerging trends uses Store Intelligence data to reveal that VeVe Collectibles is leading the top NFT collectible apps in the mobile space in terms of both worldwide installs and consumer spending.

The Newcomer Pulls Ahead

The four apps studied in Sensor Tower's analysis included VeVe, Fantastec SWAP, OurSong, and Sweet, all of which focus on trading collectibles rather than wallet functionality. Aside from VeVe, the cohort launched their mobile apps in 2019, far ahead of the boom in NFT trading. Although the three apps saw a lift in spending and adoption during 2021, VeVe has outpaced the others despite launching only in October 2020. 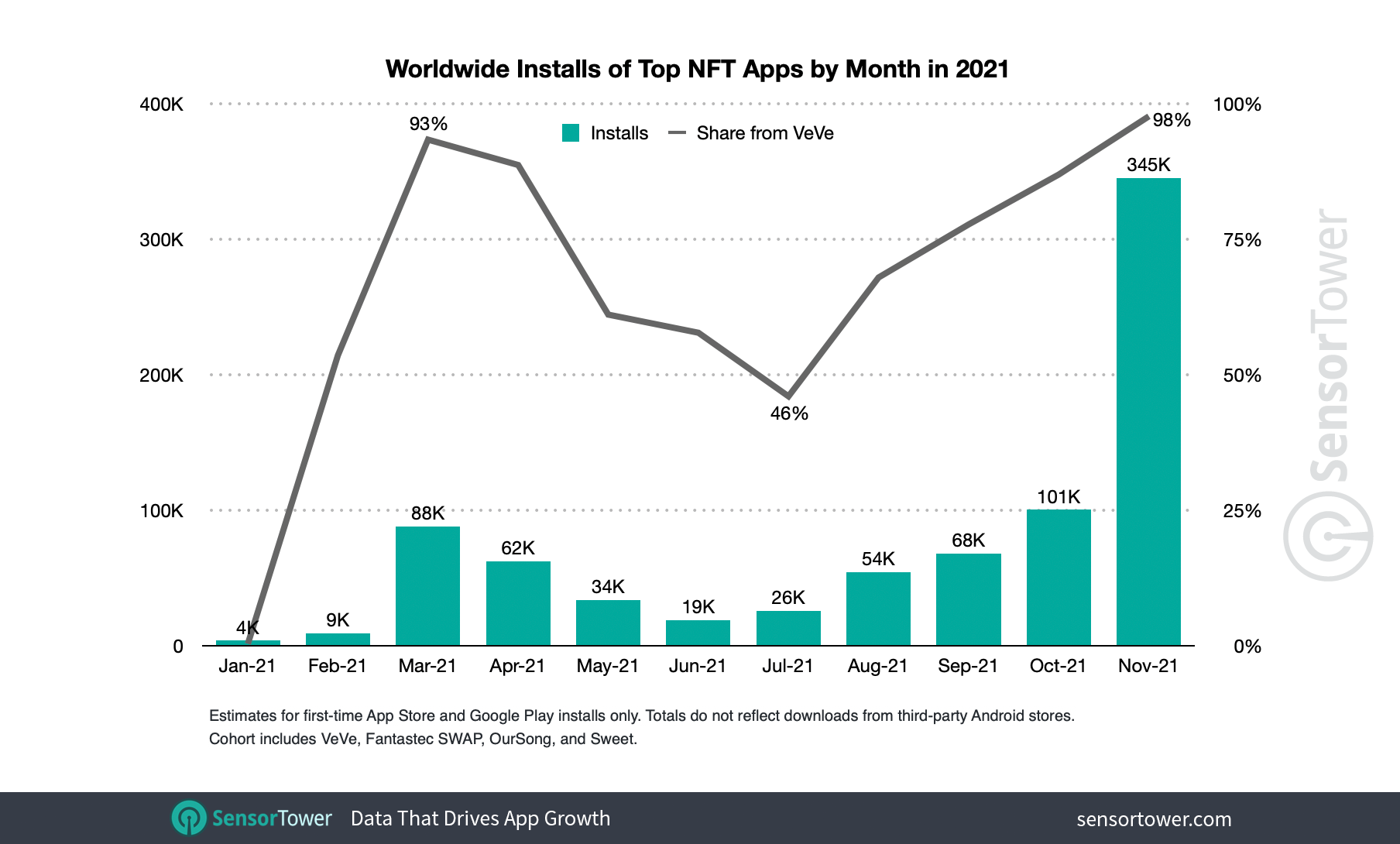 VeVe Gets Its Golden Moment

While VeVe already had significant momentum before November, its partnership with Disney ahead of the second year anniversary of Disney+ provided a valuable boost. Consumers flocked to the platform to purchase limited edition Disney Golden Moments NFTs, resulting in the most downloads in a single day for VeVe's mobile app on the collection's drop day on November 9. Worldwide installs reached 39,000 on that day, up nearly five times week-over-week from approximately 8,000 on November 2.

On Disney+ Day, the app saw $4.4 million in consumer spending, the most it has generated in a single day. This was nearly 8 times the $560,000 it saw one week earlier on November 5. 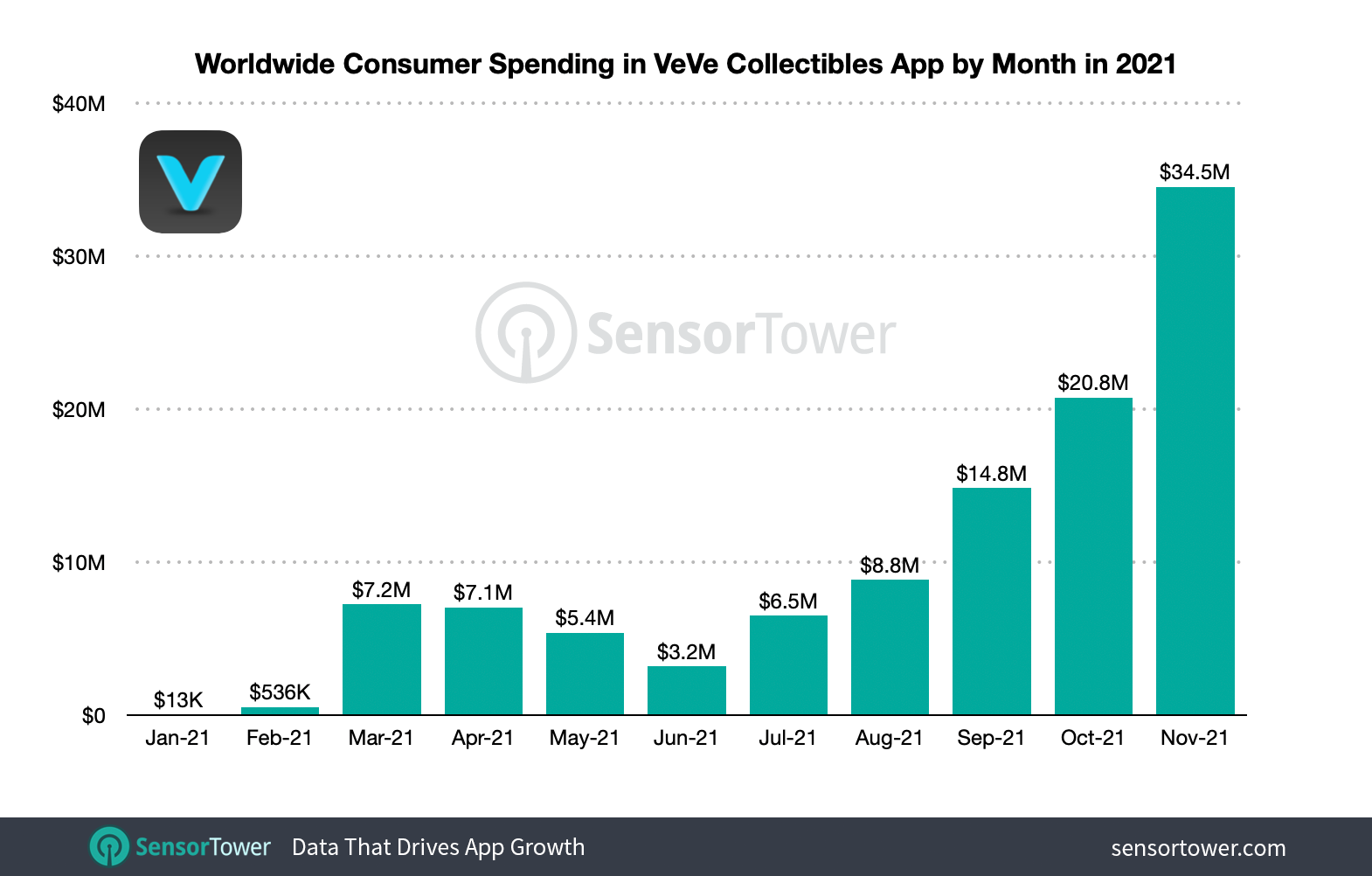 NFTs have turned independent creators of popular collections such as the Bored Ape Yacht Club into overnight millionaires; however, brands have seen mixed success with their own forays into the space. Companies such as Disney and the NBA have generated positive buzz with the Golden Moments collection and Top Shot, while others such as Discord and TikTok experienced backlash from their communities.

As long as consumer interest remains piqued, more brands will likely perform their own experiments to see if the demand is there from their audiences.