Japan led in per capita spending on mobile devices in 2020, and that trend has continued this year. Sensor Tower Store Intelligence data reveals that among the top 10 highest grossing markets in the first three quarters of 2021—excluding China—Japan's average per capita spending on mobile games and non-game apps topped all others at approximately $149, up 18 percent year-over-year. This was 5 percentage points lower than the 23 percent growth it saw between the same periods in 2019 and 2020, potentially indicating that user behavior is normalizing after a pandemic-fueled surge in app spending.

Japan, South Korea, the United States, Australia, Canada, the United Kingdom, Germany, France, Thailand, and Russia were the top 10 highest earning markets for mobile apps by combined App Store and Google Play spending for Q1 through Q3 2021. (As in previous analyses, China was omitted in order to make a direct comparison, as Google's platform isn't available there.) These 10 countries collectively saw their combined spending in the first three quarters of 2021 grow by 22 percent Y/Y to $65.4 billion from $53.8 billion in the year-ago period.

Although Japan saw the highest per capita spending on average in the 1Q21 to 3Q21 period, U.S. app stores generated the most overall spending among the markets studied, climbing 24 percent year-over-year to $30.1 billion from $24.2 billion. Japan came in second with mobile game and app revenue reaching approximately $18.6 billion, up 18 percent Y/Y from $15.8 billion. 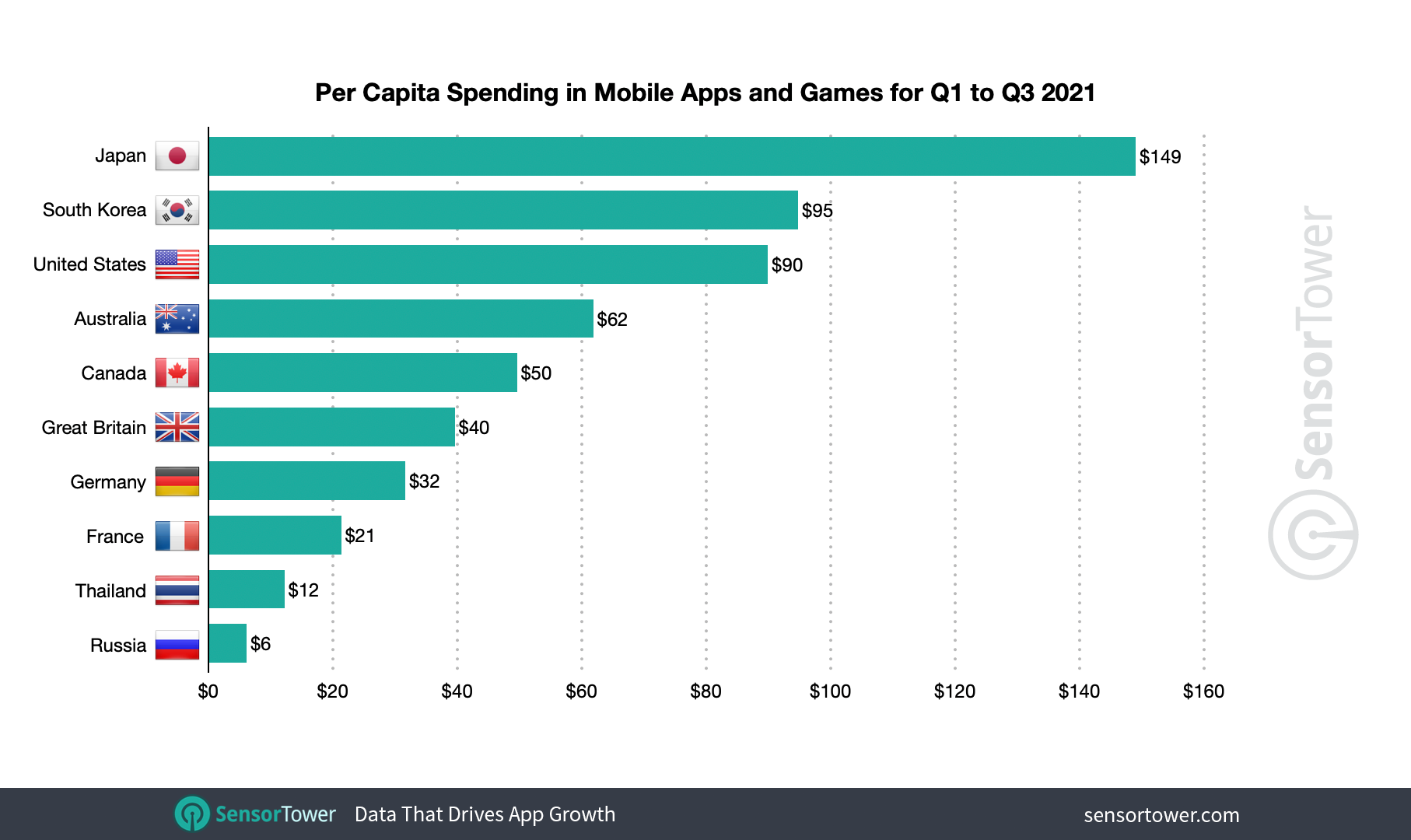 Thailand saw the largest Y/Y increase in per capita spending among the top revenue generating markets, climbing from 33 percent to an average of $12, up from $9 in the 1Q20 to 3Q20 period. However, this growth trailed what was seen there in the year-ago period by 8 percentage points. 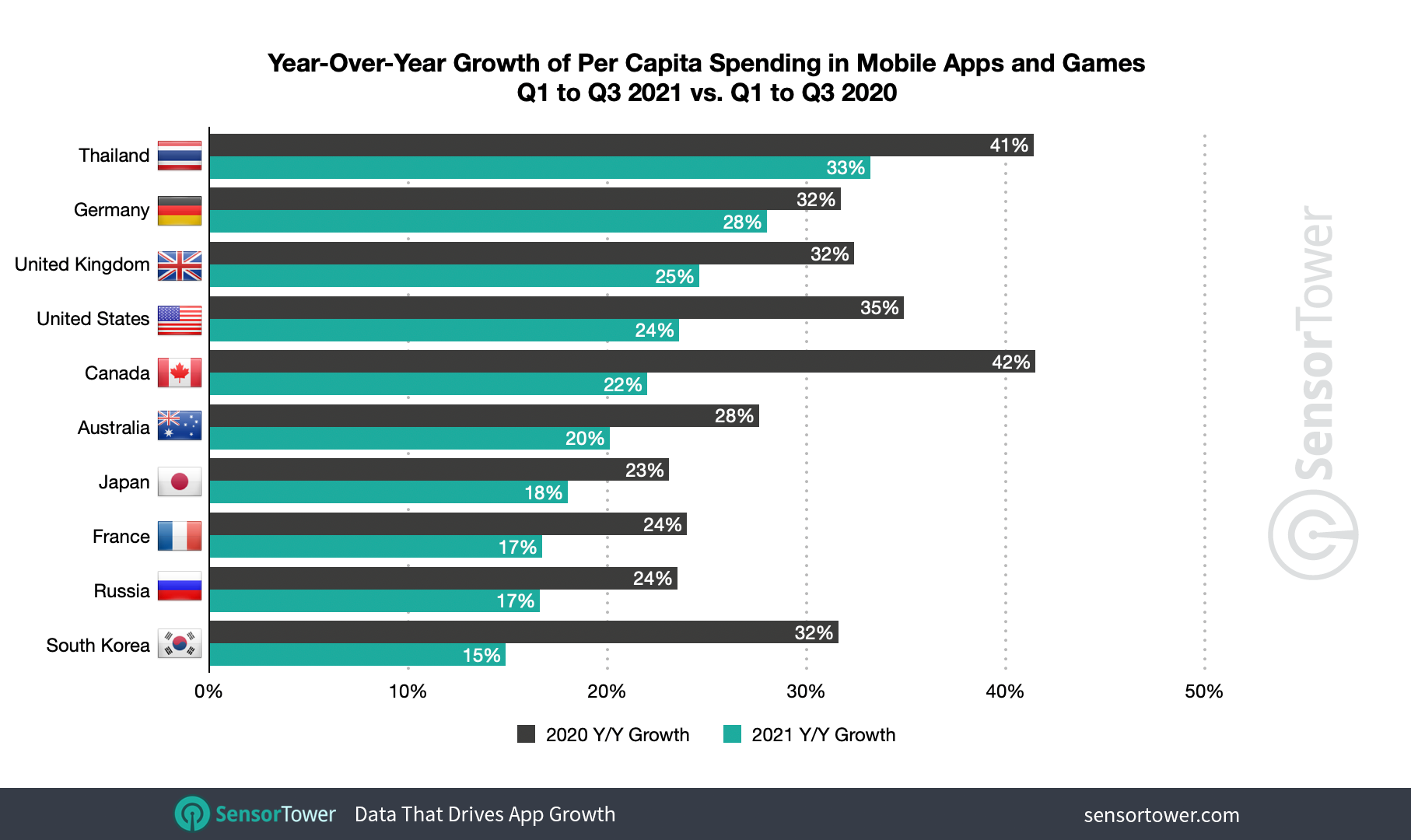 In the first half of 2021, overall consumer spending in mobile apps and games reached yet another new record, climbing 24.8 percent Y/Y to $64.9 billion across both Apple and Google's marketplaces worldwide. This outpaced even the growth seen in 1H20 when app spending grew 23.4 percent. However, as parts of the globe remain in different states of societal change due to the ongoing pandemic, the velocity of growth is steadily returning to pre-2020 norms in top mobile markets. Even so, spending numbers like those seen in Japan prove that consumer expenditure in apps there and in other key markets remains stronger than ever when looked at not only as a whole, but on average across their populaces.