As Sensor Tower Usage Intelligence data revealed in a previous analysis, new platform launches contributed to usage of the top streaming apps in the United States growing by 76 percent in Q1 compared to the same period four years earlier. While Netflix still captures the most monthly active users (MAUs) with 39 percent of market share in the U.S., its top rivals are catching up, collectively representing 61 percent.

Netflix has seen its market share of MAUs among the top streaming apps decline since 1Q18 as the subscription video on demand (SVOD) space has grown more crowded. However, it still commands the single largest percentage of U.S. usage each month with 39 percent of market share in 1Q22.

Newer platforms are offering hefty competition though, with Disney+ growing its share of monthly active users at a rapid clip and ranking third in 1Q22 despite only launching in 4Q19. 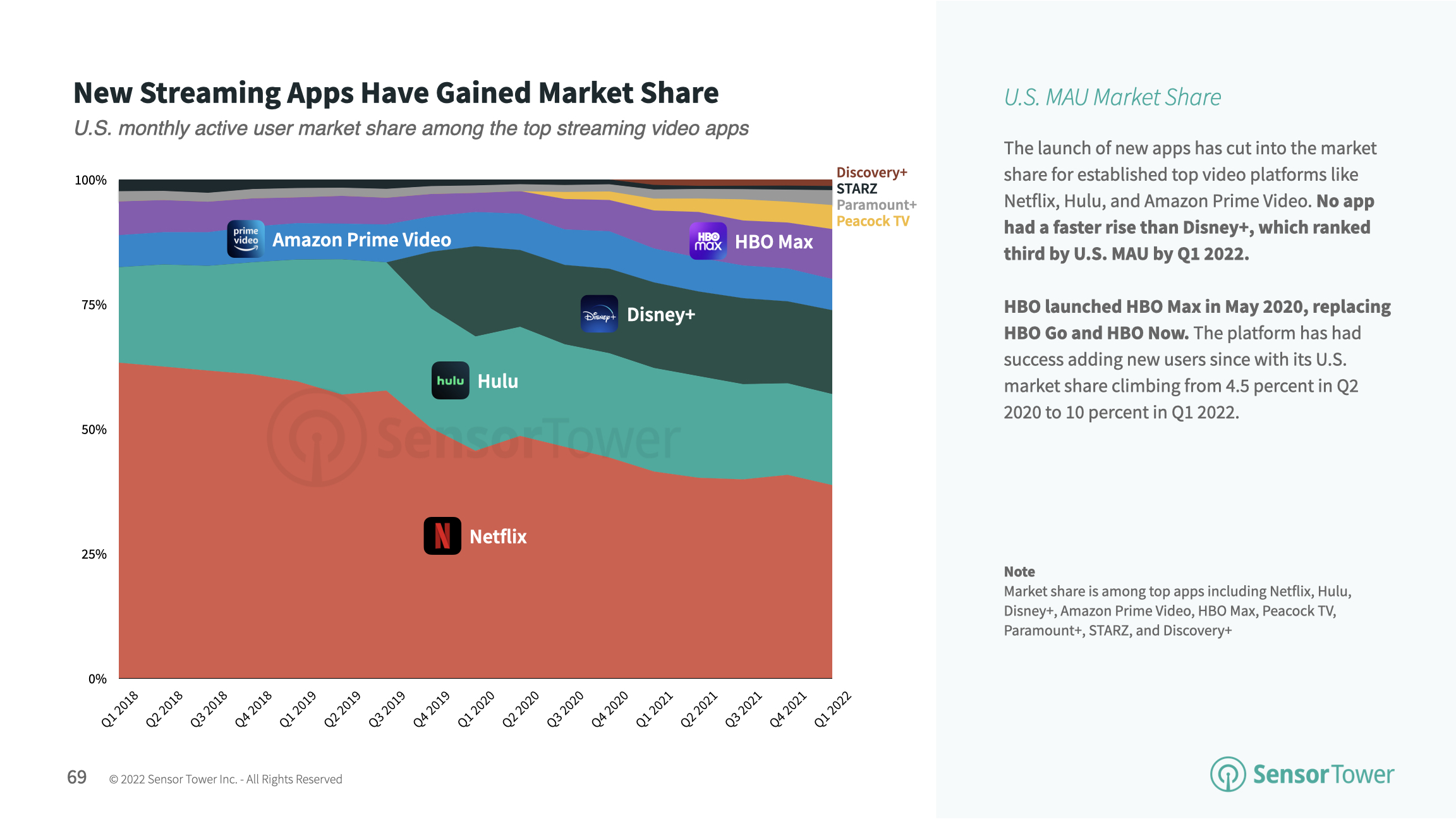 After Netflix, Hulu saw the highest usage with 18 percent, followed by Disney+ with 17 percent,  HBO Max at 10 percent, and Amazon Prime Video at 6 percent.

After HBO Max, Disney+ saw the second largest share of new U.S. downloads among top streaming apps with 17 percent. These top two market leaders in adoption have both been bolstering their content offerings with tentpole movie releases along with a drumbeat of TV show premieres; HBO Max saw a surge in U.S. downloads during the second season of Euphoria.

Although Netflix has had a considerable head start on HBO Max and Disney+, it still saw the third highest market share of adoption with 15 percent among U.S. first-time installs in 1Q22. 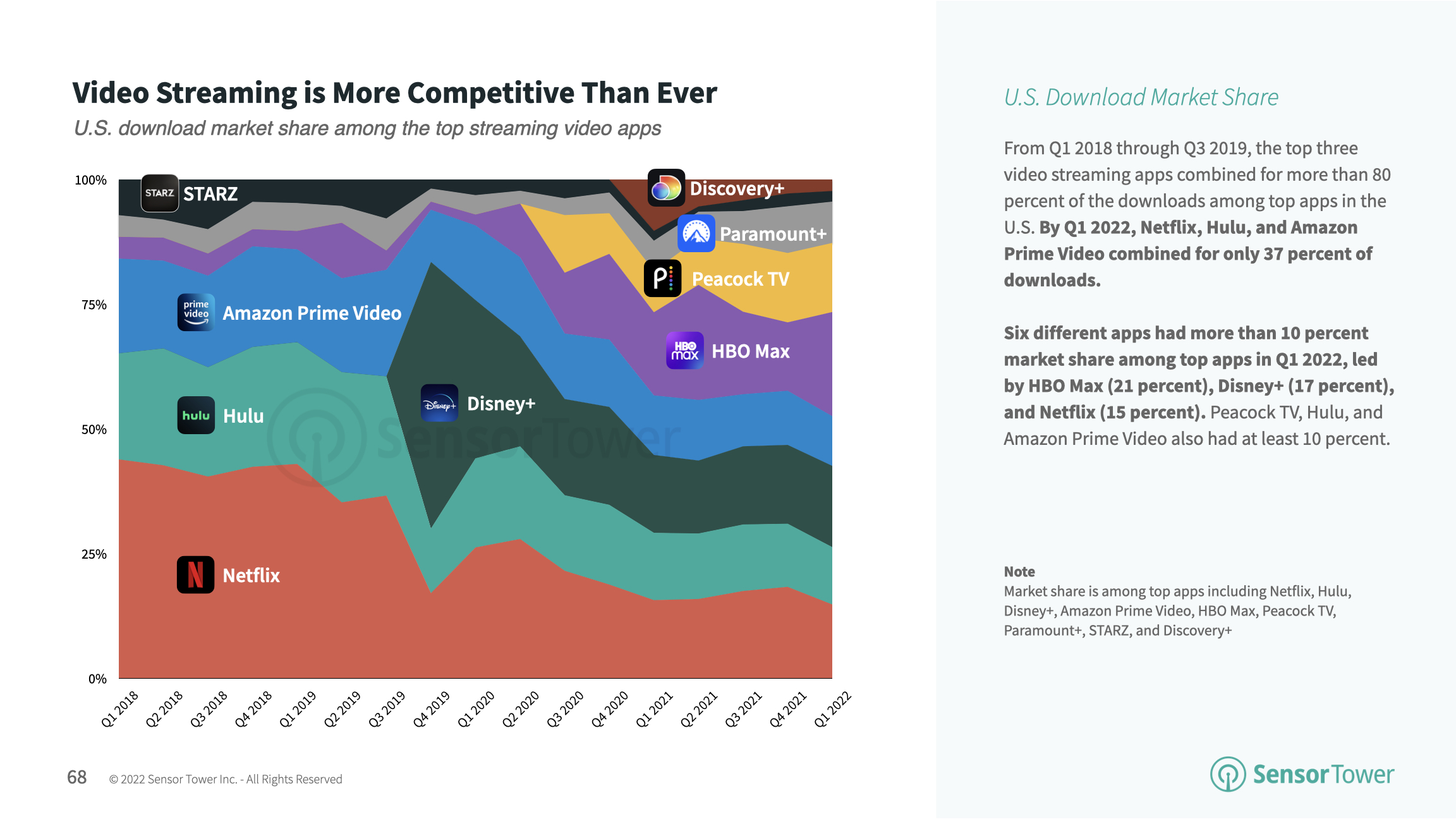 Competition remained strong with six different apps, including the three mentioned above, each seeing more than 10 percent of market share.

The streaming landscape continues to shift, such as with the release of FIFA+ and the merger resulting in Warner Bros. Discovery. No matter what changes occur, however, new releases and events remain massive drivers of traffic for SVOD services. Platforms will continue jockeying for exclusive deals to air events such as the Winter Olympic Games as well as race to release new shows and movies based on the cultural zeitgeist, sometimes along parallel tracks.

For more insights, refer to Sensor Tower’s Q1 2022 Data Digest, which contains a deep dive into the performance of top apps and publishers last quarter.