Led by revenue heavyweight Monster Strike from Mixi, these were the world's highest earning and most downloaded mobile games on the App Store and Google Play for December 2018, according to Sensor Tower Store Intelligence estimates. 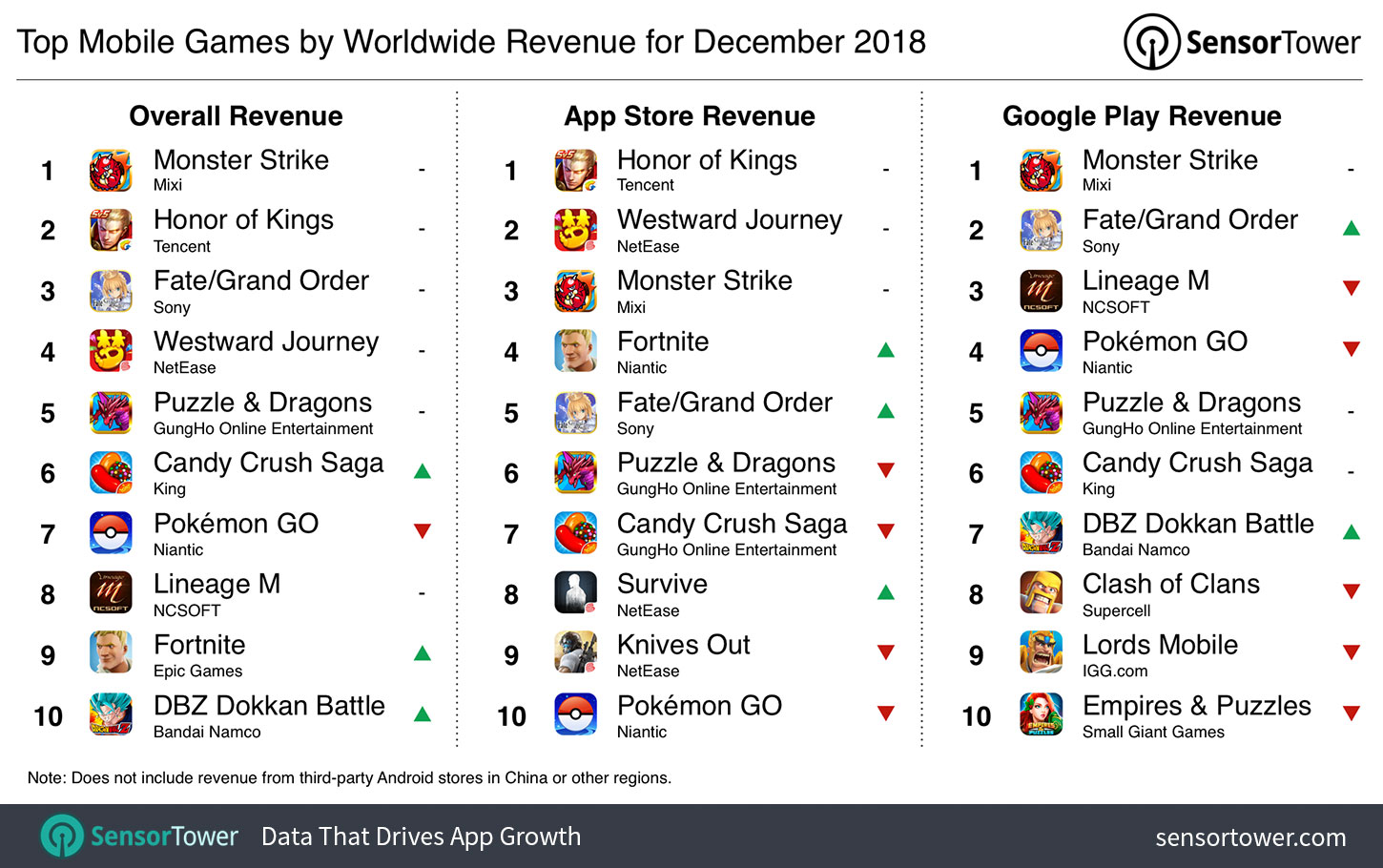 December's Highlights: Supercell's first new game since 2016, the team-based shooter Brawl Stars, debuted as the most downloaded mobile title for the month, having released worldwide on December 12 following more than a year in soft-launch. Meanwhile, Fortnite from Epic Games had its best month yet for player spending, grossing more than $68 million globally on the App Store alone. 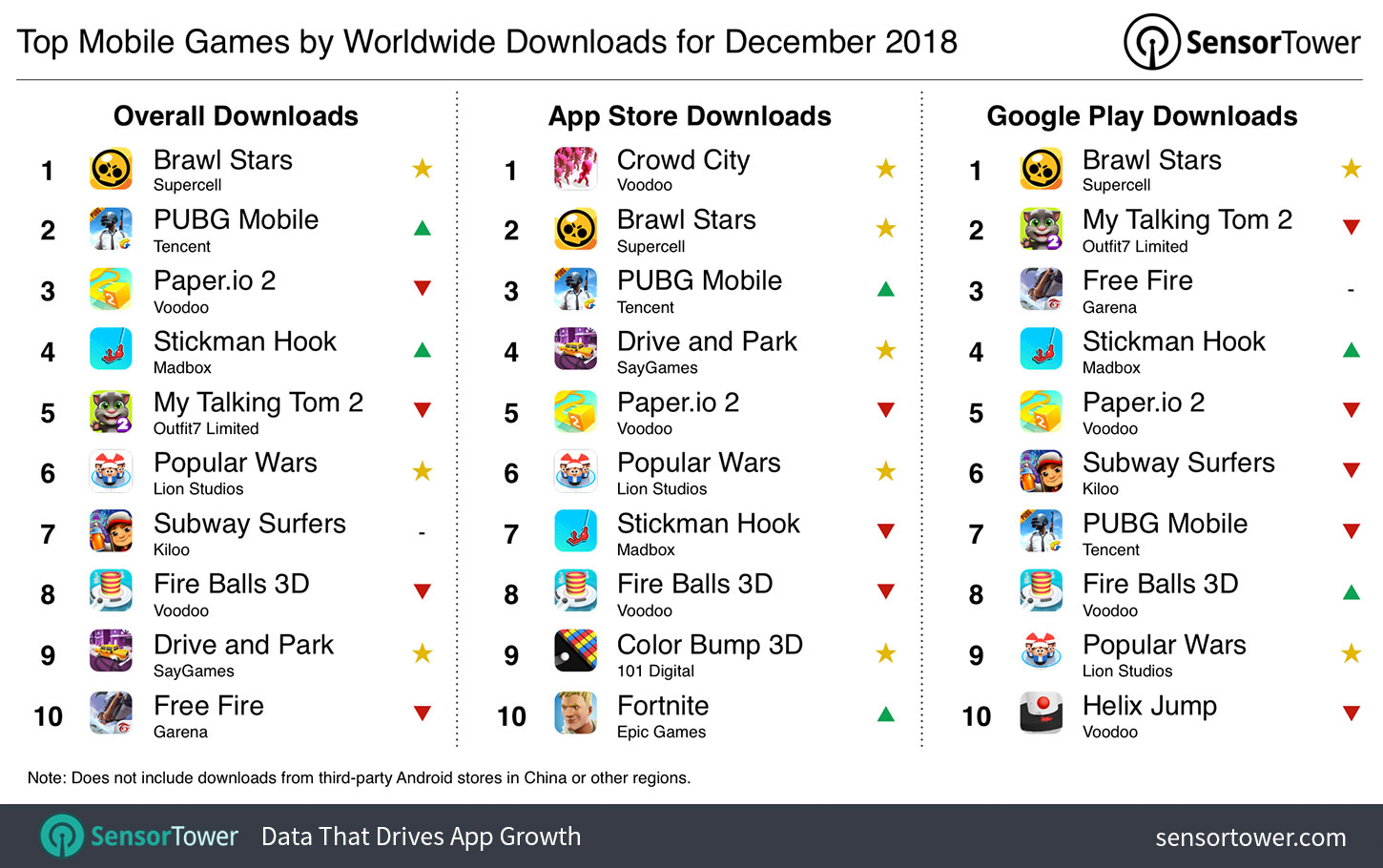 See the top mobile games for November 2018 and check back this time next month for January 2019's leaders in the category.